Distributors are increasingly targeting religious viewers. We look at some of the stranger recent releases 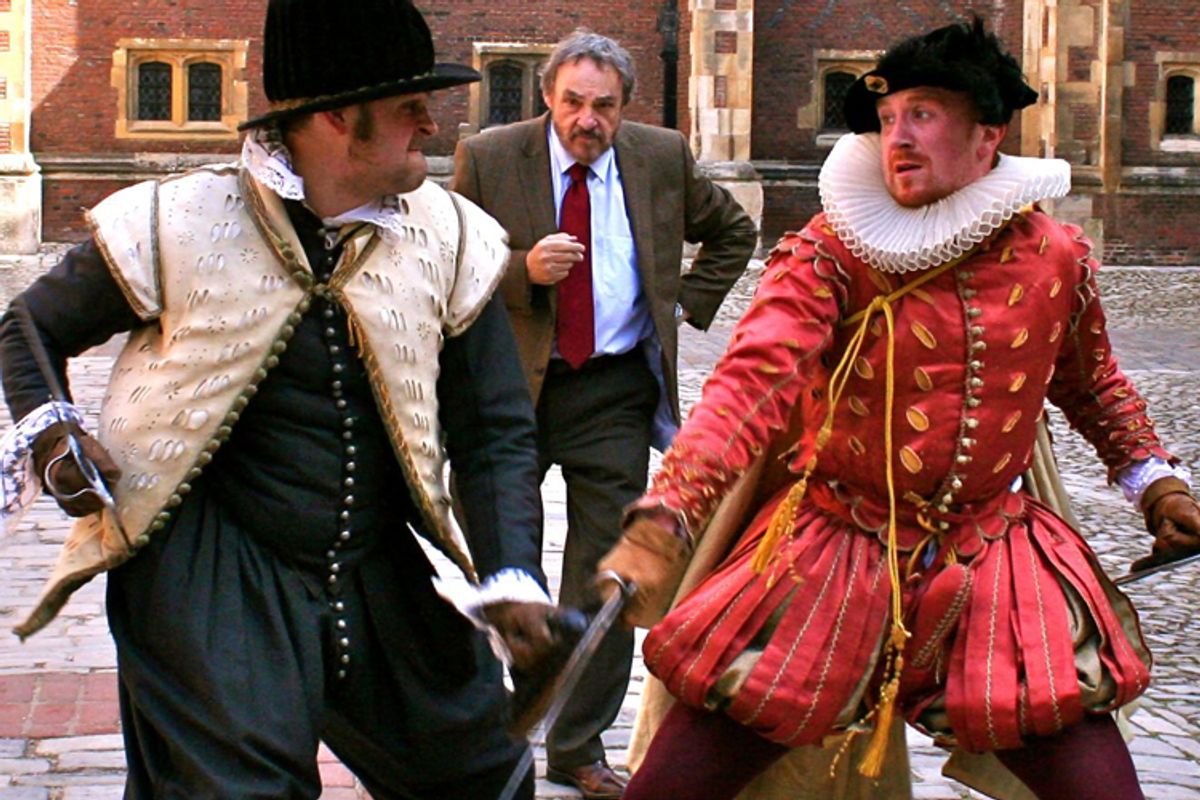 The straight-to-DVD marketplace isn't made up of just zero-budget horror flicks and an endless supply of thrillers starring the ever-tightening face of Val Kilmer. Every month, more and more screeners aimed at the Christian market get left on my doorstep as Lionsgate looks to cater to a potential audience that makes up at least one-third of the U.S. population. Since the beginning of 2011, I've received "The Miracle Maker," an amazing-looking claymation retelling of the story of Christ, complete with a stop-motion crucifixion, as well as a "Veggie Tales" Blu-ray with box art that sent me into a deep state of despair. As it turns out, there's nothing more depressing than "Veggie Tales" box art.

There are also the Christian documentaries such as "The Case for Christ: The Film" where "atheist-turned-Christian" and former Chicago Tribune reporter Lee Strobel walks around in a trench coat like a pudgy noir gumshoe as he braces "expert witnesses" and uncovers "an avalanche of evidence pointing towards the truth of Christianity." Since I watched only the trailer for this thing, his investigation into the mysteries of the Bible appears to take him no farther than the faculty clubs of several North American divinity schools. The trailer for Strobel's follow-up, "The Case for Faith: the Film," builds false tension through a militaristic score that sounds like it was also used in some later era Van Damme movies. This time, Strobel interrogates megachurch pastor Rick Warren, who likens Our Savior to a love-struck 14-year-old by saying, "When Jesus stretches his hands out on the cross, he was saying I love you this much; I love you so much it hurts."

When I tore open the bubble mailer containing "KJB: the Book that Changed the World," I first thought it was a dated espionage thriller set in the Cold War with John Rhys-Davies as an aging master spy. Under closer examination however, I realized that KJB wasn't the initials of some Soviet intelligence agency, but those of the go-to book for English-speaking Protestants -- the King James Bible. This release appeared to be a "Masterpiece Theatre"-like costume-drama for those mainline Protestants who crave the sight of ruffled collars but don't approve of the wall-to-wall boffing and bloodletting that comes with such Showtime spectacles as "The Tudors" or "The Borgias." Evidently, the faith-based DVD market of 2011 has evolved beyond "Left Behind" potboilers with Kirk Cameron.

Unfortunately, Rhys-Davies never dons a ruffled collar or pantaloons himself. Instead the thespian who played Gimli the dwarf and Indiana Jones' Arabic pal wanders through sword fights and historic locations in the role of the all-knowing presenter, as "KJB" is really a documentary with longer than usual reenactments. Making things more modern, Rhys-Davies explains the events surrounding King James I's 1604 commissioning of the version of the Bible that would bear his name with lots of sports metaphors. An earlier attempt to produce an English translation of the Bible is "kicked into the long grass"; First Earl of Salisbury Robert Cecil has "a ringside seat" for a religious conference; and James' schooling of the bishops is called a "first round technical knockout." For his part, Andrew Rothney as the adult King James uses rather salty language as he rails against "papist puke" and tells a Puritan delegate that a lengthy list of demands was "a litany of dullness and stupidity blown out of your buttocks."

"KJB" also details the last days of Queen Elizabeth (Paola Dionisotti) as well as Guy Fawkes' (Duncan Rennie) plot to blow up King James and the entire parliament, which should pique the interest of those creepy guys who go around wearing "V for Vendetta" masks. The film is at its best when Rhys-Davies steps into the pulpit and reads, "In the beginning was the word, and the word was with God, and the word was God" (John 1:1). Through his rich baritone, the man who has endured more "Anaconda" sequels than anyone should have to makes the case for the King James Bible as work of English literature on equal footing with Shakespeare. In the end, "KJB" is a solid if low-budgeted docudrama that makes a person miss those more enlightened times back when the History Channel promoted these kinds of productions, before its programming schedule was crowded with ice road truckers, pawn stars and swamp people.

Bob Calhoun is a regular Open Salon blogger and the author of the punk-wrestling memoir, "Beer, Blood and Cornmeal: Seven Years of Incredibly Strange Wrestling." You can follow him on Twitter.