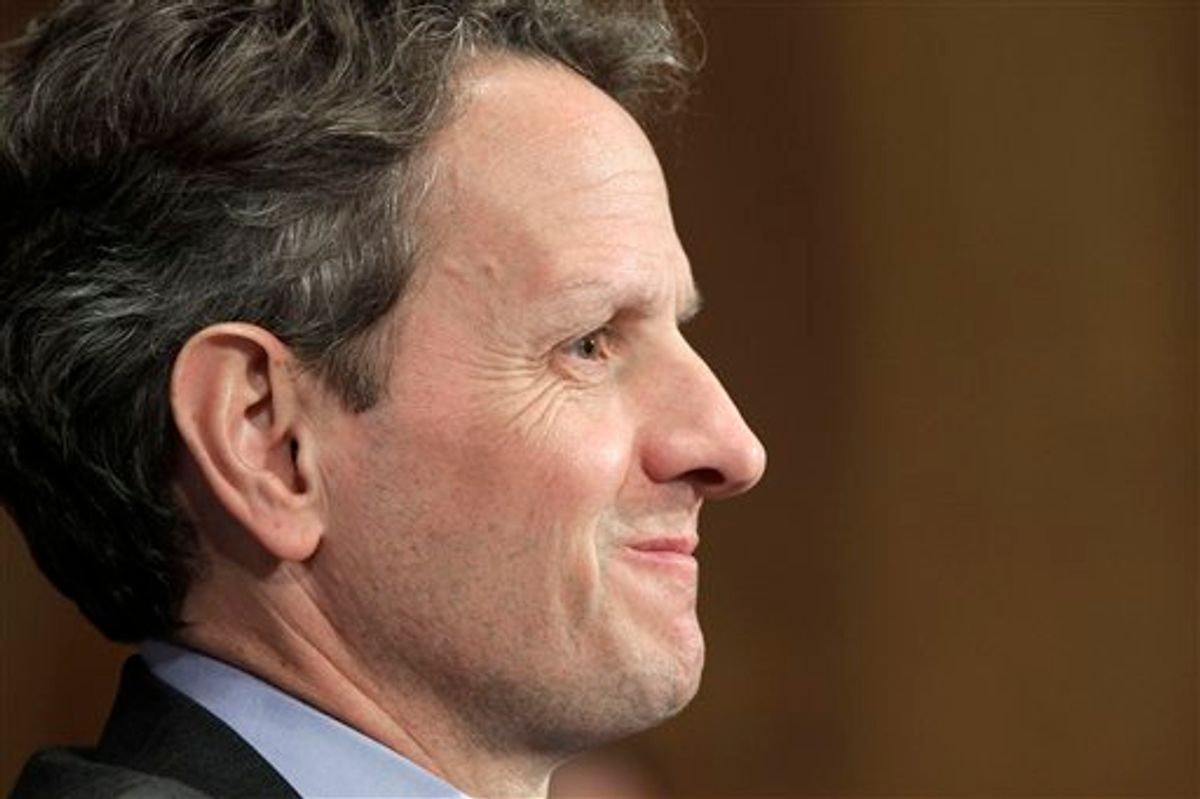 Treasury Secretary Timothy Geithner (GYT'-nur) says Republicans are assuring the administration that they will pass an increase in the government's borrowing limit in time to prevent an unprecedented default on the nation's debt.

Geithner says Republican leaders told Obama that they recognized that they couldn't play around with the government's credit rating and he's confident Congress will act in time.

Geithner has told congressional leaders that the U.S. will reach the current debt limit of $14.3 trillion no later than May 16. He has said he will have a few options he can use that would delay a possible government default until about July 8.