Is Donald Trump as rich as he wants us to think he is?

The presidential tease claims to be worth billions. But when he sued a biographer for libel, he couldn't prove it 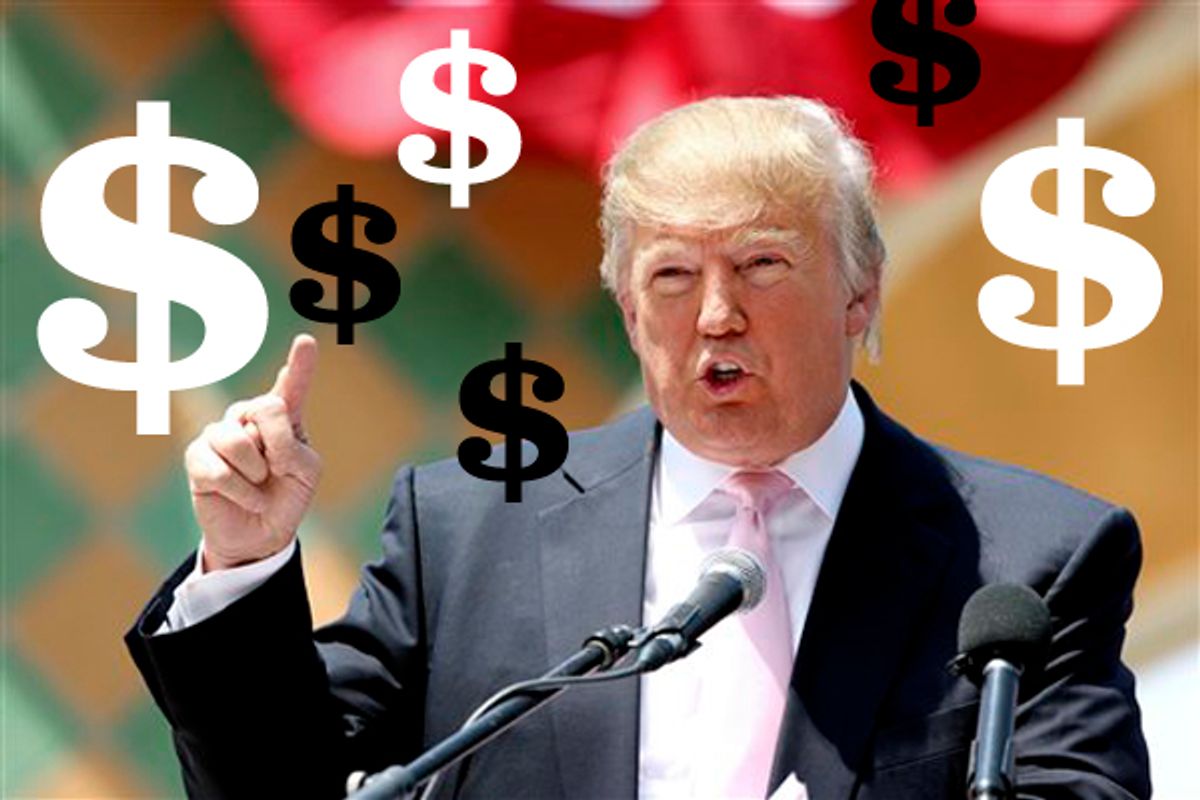 Donald Trump's impressive performance last week at the top of polls of Republican presidential candidates has ensured that the hype machine is still running hard for the real estate mogul -- even if most serious political observers don't believe the man has any real intention of running.

But it sure would be nice if the Donald did officially put his hat in the ring, because then we might finally get an answer to a vexing mystery: How rich is he? All presidential candidates have to release a financial disclosure form; Trump's would be one of the most interesting to come down the pike in many years.

Just this weekend, he boasted on CNN that his net worth was "many, many, many times Mitt Romney." (Romney's net worth, according to the disclosure report he filed in 2007, is between $190 million and $250 million.) Elsewhere Trump has repeatedly claimed to be worth 4 or 5 billion -- a figure that rises and falls with the stock market, the economy and his own "feelings."

A New Jersey judge tossed the suit in 2009, leaving the world in a sad state of ignorance as to the true state of Trump's affairs. The only hard tidbit to emerge from the case -- the Wall Street Journal reported that in 2005 Deutsche Bank had assessed Trump's net worth at $788 million -- or about three times Romney.

By most American standards, whether Trump is worth $150 million or $6 billion might seem irrelevant -- he's still rich. The more interesting question is just how good a businessman Trump is. His career has been full of wild swings and bankruptcies and desperate corporate restructurings. When markets fall and recessions hit, Trump tends to run into big trouble. One might well ask, is that the kind of person who should steer the United States through an uncertain economic future?

Donald Trump How The World Works