Rescue me from my life, Marie Osmond

As a kid, I pretended TV's richest singing Mormons were going to save me from my crazy, dirt-poor existence 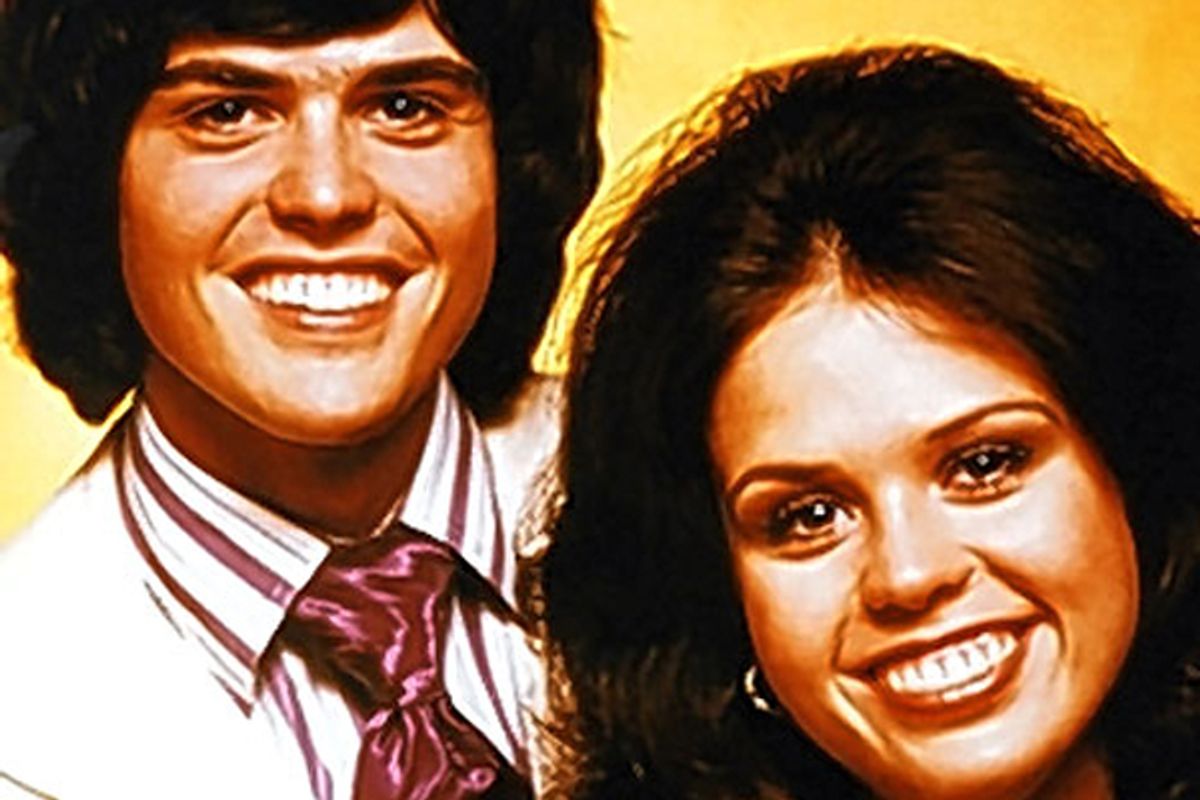 Being stuck in a dirt-poor family with a zealot Mormon mother and an explosive, absent dad wasn't what I had in mind for my life.

Between our daily, hour-long home church sessions to save our souls, monthly trips to the church welfare office to beg for food, and irregular visits from my dad that always ended in screaming fits, kicked-in walls and broken furniture, I had reached my breaking point and started fantasizing about a way out.

At age 9, with nowhere to run, I adopted a daily mental escape ritual that consisted of locking myself in my attic room, lying down on the stack of mattresses that constituted my bed, closing my eyes and dreaming about my real family -- the Osmonds -- who would soon come to take me away.

I settled on the Osmonds because they were rich, famous and Mormon, and I figured they already had so many kids that throwing me into the bunch wouldn't make a difference. My fantasy was always the same. There had been a horrible mix-up in the hospital nursery on the day I was born and I had been given to the wrong family. For years the Osmonds had been secretly looking for me. They couldn't advertise it because they didn't want hundreds of kids coming out of the woodwork claiming to be theirs, so it was taking longer than it should have. But any minute now, I expected them to knock on the door and save me.

I imagined how angry Donny would be when he discovered that his little sister had been living in such awful conditions. Once rescued and driven the hundred-mile journey by stretch limo to the Osmond compound, he would take me into his room -- which I knew from reading Tiger Beat magazine could only be entered through a tunnel -- and sit me down on his bed, which I envisioned would feature a purple quilt since purple was Donny's favorite color.

"I'll never let anyone hurt you or treat you like that again," he would fume, putting his arm around me protectively and holding me close.

Wrapping up our private talk, the two of us would make our way back through the tunnel and out into the living room, where all of my other brothers, and my sister, Marie, would smother me with hugs and tell me how sorry they were for losing me. I would pretend to be angry at first, just so they knew how hurt I was. But then I would melt from their love and affection and tell them that I forgave them.

After feasting on a celebration dinner at a fancy restaurant nestled against the mountains in Provo, Utah, we would head back to the Osmond compound where a surprise would be waiting for me. My new parents would walk me into my bedroom, a big, beautiful room with delicate wallpaper featuring tiny purple violets and plush cream-colored carpet. In the center of the room would be a large, four-post bed with princess curtains and a white, lace-lined down comforter. Amid my squeals of delight, Marie would come into the room, gently take me by the hand, and lead me to my walk-in closet, which would be packed with Calvin Klein jeans, thick hand-knitted sweaters and a dozen or so pairs of Cherokee-brand shoes.

My daydreams were so vivid they began crossing over into real life. I started making daily phone calls to an Osmond Ranch I had located in Paradise, Utah, hoping that Donny, Marie or their youngest brother, Jimmy, would answer. I was so sure the Osmonds were coming for me that I sat glued to "The Donny and Marie Show" each week and then headed down to the cellar where Mom stored our church-mandated food supply to mimic their songs. As the youngest and newest Osmond, I figured I would be joining the Donny and Marie act and I wanted to be prepared.

My sister, Connie, also an Osmond fan, was disgusted by my near perfect delivery of "Paper Roses," Marie's signature song.

"You know, you could get sued for copying her like that," she bellowed once when she caught me mid-act. "They have copyright laws!"

I ignored her and kept singing. Inside, I was ecstatic. I knew I sounded good and her protests only confirmed it. When my family came for me, I would be ready.

My Osmond rescue fantasy sustained me until I was 12, when I began escaping my life for real by joining my dad on the road as a tool-selling vagabond.

By my mid-teens, I wanted nothing to do with the Mormon religion and certainly didn't want to be rescued by anyone practicing the faith. But over the years, I've held a soft spot for the Osmonds, especially for my fantasy sister, Marie.

I secretly cheered for Marie a few years back when she appeared on "Dancing With the Stars," and quietly mourned her loss when her oldest son committed suicide last year.  I've followed her struggle with depression and rocky marriages, and have sent dozens of silent prayers her way. Now, when I see her on Nutrisystem commercials, beaming and beautiful after dropping 50 pounds, I celebrate her victory.

Though I rarely do it out loud, I'll always be rooting for Marie, Donny and the rest of the Osmonds. Because when I needed it most, they were there to help me through.

If you have a story about how pop culture saved you, send it to savedbypop@salon.com, or blog your story on Open Salon and tag it "saved by pop."