Is the right (finally) turning on Trump? 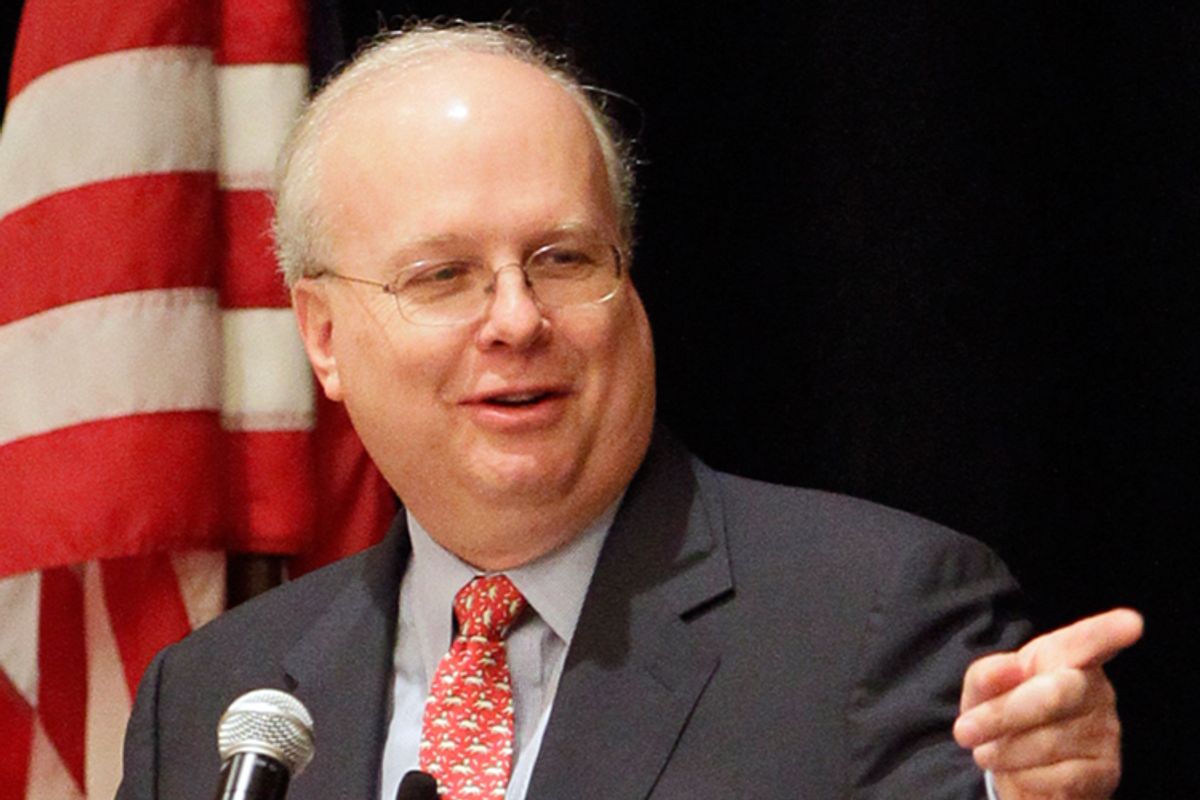 We may very well end up looking back at the morning of Monday, April 18, 2011 as the point at which all of the fervor over Donald Trump's potential presidency reached its peak -- and when his prospects of actually winning the Republican nomination began to slide.

Until now, Trump has had it easy. Just over two months ago, he used a surprise appearance at CPAC -- the annual gathering of conservative activists in Washington -- to demonstrate the supposed seriousness of his interest in the 2012 race. Since then, he's benefited from universal name recognition, a GOP field that's filled with miserably uninspiring candidates, and a news media that's addicted to his over-the-top bluster -- all of which help explain why he's moved into first place in the most recent GOP trial heats. It has also helped that the GOP really hasn't known what to make of him. Republicans -- like most political observers -- have mainly assumed that he's not really running. So there was no sense in worrying too much about his antics (mainly his embrace of birtherism).

But that may now be changing. Trump's rise in GOP polls has yet to stall and today -- after a weekend in which he headlined a Tea Party rally in Florida -- Politico is reporting that Trump is actually taking steps to build a campaign organization. Suddenly, there is at least some doubt for Republicans over whether this has all been one P.R. stunt.

This is not good news for Trump, for several reasons. First, there are his would-be rivals for the GOP nomination. They've so far refrained from speaking critically of him (or from trying to undermine him behind the scenes) because they've assumed that he'll be off the stage by the time the "real" campaign begins. But if they come to regard a Trump campaign as a real possibility -- and if he continues to perform well in polls -- they will have a strong incentive to drive a wedge between Trump and the GOP base.

And the GOP establishment has something to fear too, if a Trump campaign is actually plausible. Trump has long been a polarizing figure, one who might not be the ideal general election candidate to begin with; throw in the taint from his unapologetic birtherism and the GOP would have a real crisis on its hands if Trump were to be its nominee in '12 -- or to even come close to winning the nomination. When the GOP establishment perceived a similar threat from Sarah Palin after last year's midterms, numerous commentators with credibility on the right began taking shots -- directly and indirectly -- at her. Rank-and-file conservatives, it seems, got the message: A few months later, Palin's unfavorable numbers have reached new heights and her standing in GOP trial heats has eroded considerably.

We may be witnessing the start of a similar effort involving Trump now. Last Friday night, Karl Rove -- who also played a role in undermining Palin -- used his Fox News platform to declare that Trump, thanks to his birtherism, had ventured too far to the "nutty right" and rendered himself "not consequential" as a White House prospect. Today, Grover Norquist's(!) the Club For Growth is accusing Trump of being a liberal -- citing his past support for universal healthcare and his proposal in 2000 (when he claimed to be mulling an independent presidential bid) to impose a massive surcharge on wealthy Americans to fight the deficit. Others are beginning to scrutinize Trump's past statements and to treat him as any actual candidate for national office would be treated.

This will only intensify if Trump sends more signals that he really intends to run. It's hard to see how his poll numbers would survive this, given the overwhelming ideological and personal baggage he'd bring to the table. In a way, his standing now can be compared to Rudy Giuliani's at this point in 2007. Back then, Rudy was still known to most Republicans only as "America's mayor." That image had been very helpful to the GOP -- and to countless individual Republican candidates -- in the years after 9/11. No one in the party had had any reason to go after him. But as the campaign began, things changed. Like Trump, Rudy brought some real baggage to the race, and conservative commentators, activists and interest groups made sure to air it, over and over. The attacks on Rudy were often respectful and careful to salute him for his 9/11 leadership, but rank-and-file conservatives got the message" Rudy wasn't really one of them.

If he's treated as a real candidate, the same thing will probably happen with Trump. Except this time, the attacks might not even be that respectful.

Update: TPM's Evan McMorris-Santoro was in Florida with Trump this weekend and asked him about his past support for universal healthcare and an income tax surcharge on the wealthy. Here's the video:

Further update: It's also worth noting that Charles Krauthammer, who has emerged as one of the right's most influential voices in the last few years and who played a role in the marginalizing Palin within the GOP, called Trump "our Al Sharpton" over the weekend.  At a certain point, this kind of talk will influence how rank-and-file conservative voters think about Trump.