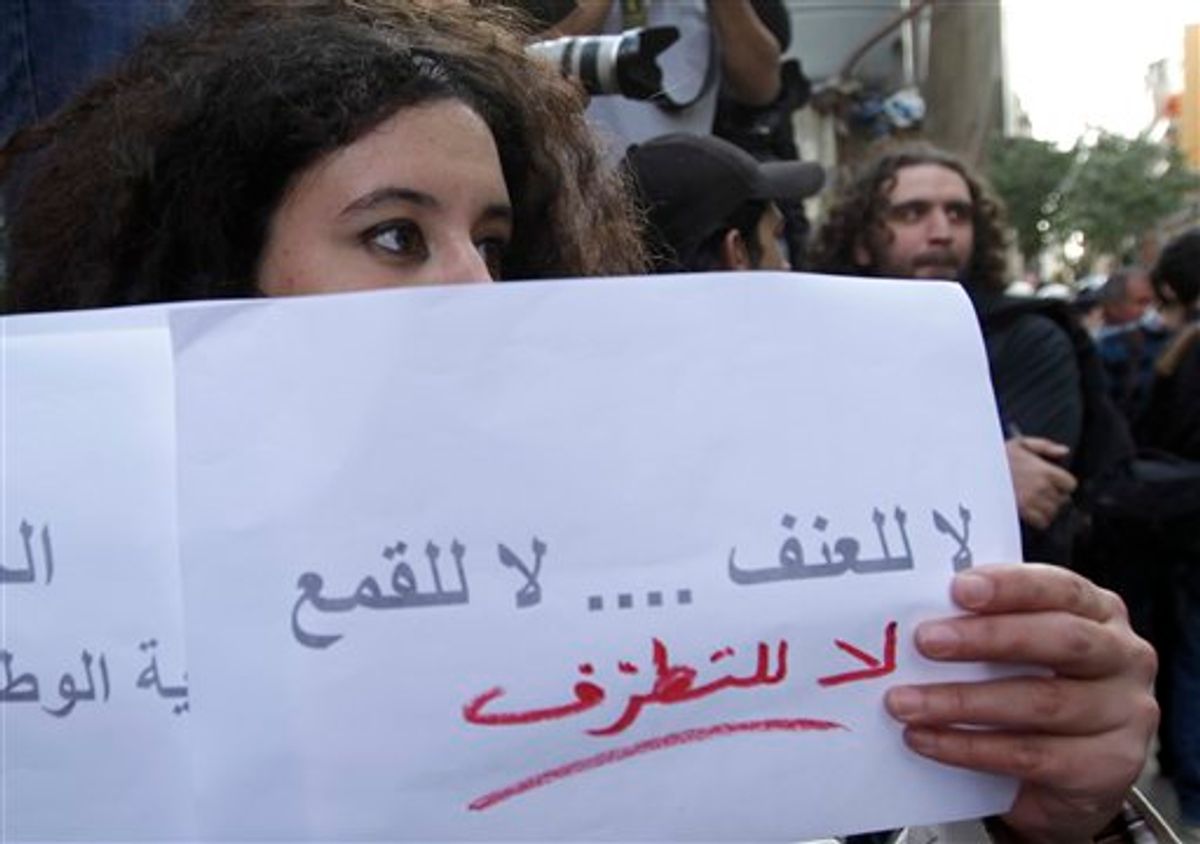 A pro-reform in Syria activist, hold an Arabic placard read:"No to violence, no to oppression and no to fanaticism", as she stands in front of the Syrian embassy, in Beirut, Lebanon, on Tuesday April 12, 2011. Three pro-reform activists stood in front of the Syrian embassy in Beirut where they delivered a statement supporting the people's demands and urging the government to extend its hand to Syrians who want change. Shortly afterward dozens of pro-regime Syrians arrived at the embassy and tried to attack the three men, who were later escorted away under the protection of Lebanese policemen. (AP Photo/Hussein Malla) (AP)
--

As thousands of Syrians take to the streets to demand the ouster of President Bashar al-Assad, the Washington Post reported Monday that the United States has been secretly backing Syrian opposition groups since George W. Bush occupied the White House.

A “previously undisclosed” diplomatic cable released by WikiLeaks revealed that for a number of years the State Department has funneled money to a London-based satellite 24-hour TV channel that airs anti-government programming to Syria.

The London-based satellite channel, Barada TV, began broadcasting in April 2009 but has ramped up operations to cover the mass protests in Syria as part of a long-standing campaign to overthrow the country’s autocratic leader, Bashar al-Assad…

Barada TV is closely affiliated with the Movement for Justice and Development, a London-based network of Syrian exiles. Classified U.S. diplomatic cables show that the State Department has funneled as much as $6 million to the group since 2006 to operate the satellite channel and finance other activities inside Syria…

The U.S. money for Syrian opposition figures began flowing under President George W. Bush after he effectively froze political ties with Damascus in 2005. The financial backing has continued under President Obama, even as his administration sought to rebuild relations with Assad.

The State Department declined to comment on the released cables.