Ten years after 9/11, airport security still not getting it

When my safety scissors were taken away, it hit me: We're stuck with this nonsense permanently, aren't we? 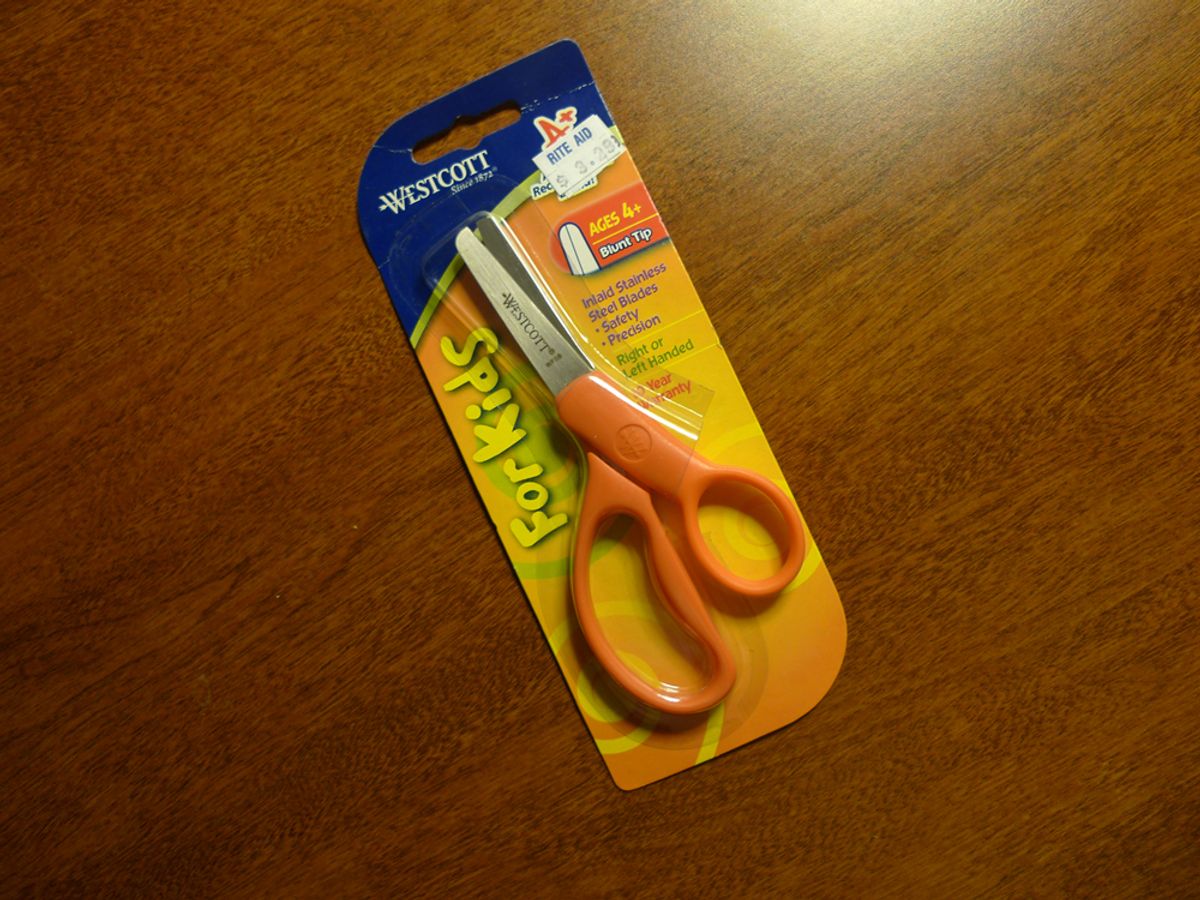 They were safety scissors, the kind you'd give to a child, about two-and-a-half inches long with rounded tips. (The photo at the top of this column shows an identical pair that I bought as a replacement.) Highly dangerous -- at least as the BKK security staff saw it. My airline pilot credentials meant nothing to them.

It's funny, but not really, when you stop to consider how easy it would be to fashion a sharp object -- certainly one deadlier than a pair of rounded-end scissors -- after boarding an airplane, from almost anything within your reach: a wine bottle, a first-class juice glass, a piece of plastic molding, and so on and so forth. Heck, if you're seated in first or business class, they give you a metal knife and fork.

But more to the point, pun intended, why do we still care so much about pointy objects?

When it came right down to it, the success of the Sept. 11 attacks had nothing -- nothing -- to do with box cutters. The hijackers could have used anything. They were not exploiting a weakness in luggage screening, but rather a weakness in our mind-set -- our understanding and expectations of what a hijacking was and how it would unfold. The hijackers weren't relying on weapons, they were relying on the element of surprise.

All of that is different now. For several reasons, from passenger awareness to armored cockpit doors, the in-flight takeover scheme has long been off the table as a viable M.O. for an attack. It was off the table before the first of the twin towers had crumbled to the ground. Why don't we see this? Although a certain anxious fixation would have been excusable in the immediate aftermath of the 2001 attacks, here it is a decade later and we're still pawing through people's bags in a hunt for what are effectively harmless items.

There in Bangkok it hit me, in a moment of gloomy clarity: These rules are never going to change, are they?

How depressing is that, to be stuck with this nonsense permanently? Not only the obsession with sharps, but the liquids and gels confiscations, the shoe removals, etc.

These policies aren't just annoying, they're potentially self-destructive. Self-destructive because they draw our security resources away from more useful pursuits. Imagine if, instead of a tiny pair of scissors, I'd had a half-pound of explosives in my luggage, shaped into some innocuous-looking item. Would the Bangkok screeners have caught it, or are they too busy hunting for pointy things and contraband shampoo? And what of passengers' checked luggage? Are the bags down below undergoing adequate scrutiny for explosives -- a far more potent threat than somebody's hobby knife?

Making a bad situation worse, airline fees for checked luggage have resulted in unprecedented numbers of carry-on bags being dragged through concourse checkpoints. All bags undergo mandatory screening, it's true, be they carry-ons or checked bags. But what's changed is where and how these inspections are taking place. Unfortunately, more carry-ons means greater emphasis on pawing through people's roll-aboards looking for benign implements. Frankly there should be a call to scale back the screening of carry-ons, or at least revise the kind of screening they currently undergo. Guards should not spend two seconds worrying about a pilot's -- or anybody else's -- safety scissors.

And what ever happened to that IATA proposal to develop a multi-tiered screening strategy that divides passengers into different risk groups, some receiving a higher level of scrutiny than others?

And have you heard, meanwhile, about Transportation Security Administration's new "freeze drills"?

Of course, as Sharkey deftly points out, TSA doesn't really have the authority to make anybody remain motionless. TSA guards do not have law enforcement power -- much as the agency has done a good job at fooling people into believing otherwise. Screeners are now called "officers" and they wear blue shirts with badges. Not by accident, the badges look exactly like the kind worn by police.

Thus the cynics out there see the freeze drills as a means of control and intimidation. They probably feel the same way about the recent revelation that "arrogant complaining about airport security" is an indicator used by screeners when looking for criminals and terrorists.

In both cases that's probably unfair, though TSA is, at times, prone to bullying and guilty of a certain mission-creep. At the airport, TSA's job is to keep dangerous items and dangerous people away from planes, end of story. We can argue over the definition of dangerous, but TSA holds the authority -- legitimately enough in my opinion -- to inspect your belongings and prevent you from passing through a checkpoint. However, it does not have the authority to interrogate you, make you stand in one place, recite the national anthem or otherwise compromise your rights.

Joe Sharkey describes being upbraided not by a TSA guard, but by another passenger when he opted not to remain perfectly still during a freeze drill. Honestly, it's not the drills themselves that concern me so much as the idea of a fellow citizen so willing to concede his freedom. Welcome to America, 2011.

Just how rampant and self-defeating is our security mania? Let's step outside the terminal for a moment, into the fresh air. Here in Boston, the Massachusetts Port Authority is fighting a proposed nature trail that would run along the northern perimeter of Logan International Airport. Massport fears the greenway would come too close to a bus depot it is building in the same area.

"They don't want the greenway anywhere near the proposed bus depot," wrote the Boston Globe's Lawrence Harmon in an Op-Ed piece on April 10, "for fear that terrorists could penetrate the area and sabotage buses."

You read that correctly. Enough said. I'll just end it right there, and let that quote drift off into the air.