The trouble with Congress crying wolf

First wolves and now bears are under attack from lawmakers. Why can't we protect animals we fear? 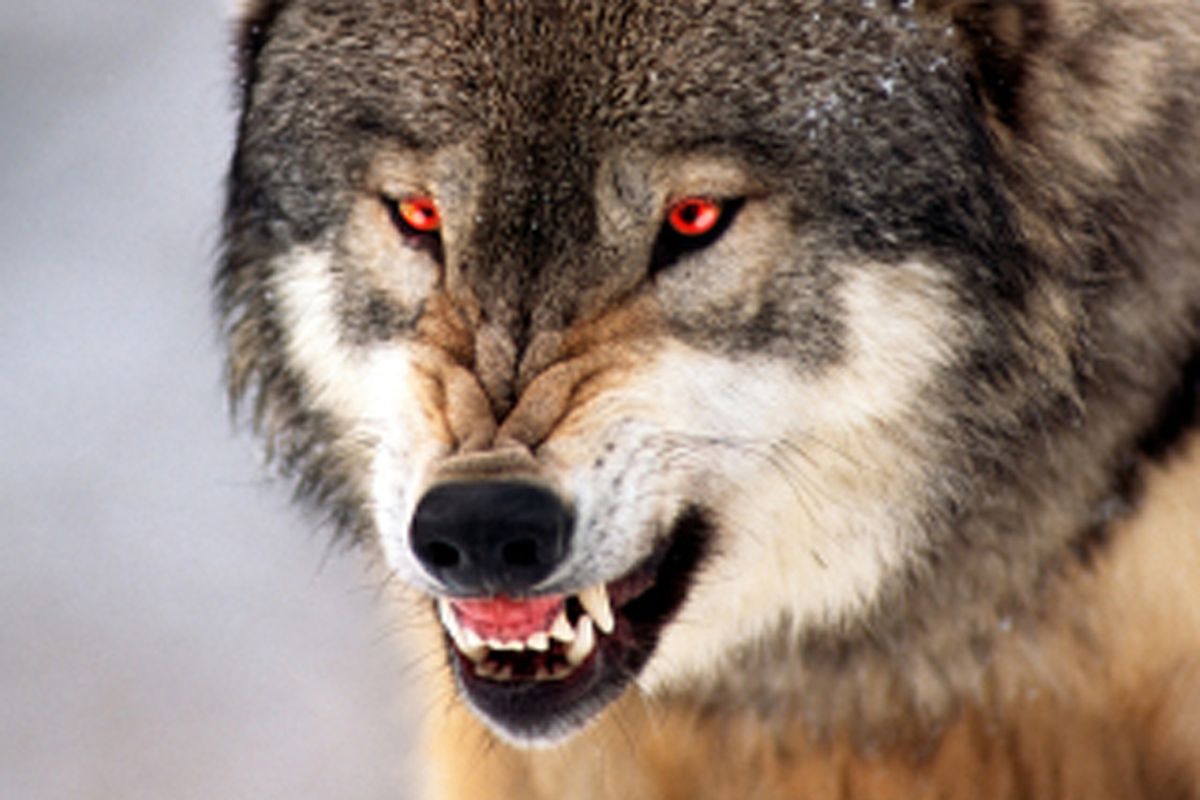 Last month, New York Times food writer Mark Bittman pondered why America seems to believe that "some animals are more equal than others." He focused his query through the prism of animal abuse and cuisine, wondering why we meticulously protect pets like hamsters while thoughtlessly killing 10 billion farm animals a year. However, his question is just as relevant when it comes to ecology, as evidenced by an unprecedented provision slipped into this month's congressional budget deal.

Buried within the agreement is a line item that proves the second clause of Hal Herzog's recent book about our weird relationship with animals. Some, like wolves, we really hate -- so much so, in fact, that Congress has now taken species protection out of the hands of scientists and put it into the hands of professional politicians.

This is the subtext of a first-of-its-kind rider that "dictates wolves in Montana and Idaho be taken off the endangered species list" -- a move "in direct opposition to a federal judge's recent decision forbidding the Interior Department to take such an action," as the New York Times reports.

Certainly, there are legitimate concerns about how to properly manage and maintain ecologically necessary wolf populations while also protecting livestock (which the wolves can eat) and human safety. However, as with our selective morality toward pets and farm animals, this move is being driven first and foremost not by science but by emotion -- specifically, the kind that makes many humans reflexively hate not-so-cute animals that they irrationally fear and cannot commodify.

Wolves perfectly fit the profile. Though ABC News reports "no human has been injured by a wolf since the animals were reintroduced to the Rockies 16 years ago," and though "wolf biologists say there has never been a documented attack on a human by a healthy wolf in North America," wolves nonetheless inspire irrational fear. Most likely, that's because they are carnivorous predators often featured as bloodthirsty monsters in pop culture. They also occasionally kill our beloved Fidos, which makes a nation of dog-lovers particularly pissed.

Therein lies the bizarre hypocrisy. Many love the canines they've domesticated, but despise the few canines that remain in the wild -- so much so that the governor of Idaho has called for a massacre of all but 100 wolves in his entire state.

Of course, wolves are not alone in being unduly targeted for their lack of cuteness and for their position atop the food chain.

For instance, in a move that seems to validates fears of a political ripple effect, Colorado lawmakers are now following Congress by considering overriding science-based ecology policy in order to expand bear hunting. The reason? According to the Boulder Daily Camera the not-so-cute bears are "a real pain in the neck to loads of people and livestock."

Similarly, while a third of all shark species are endangered, it's been almost impossible to raise public concern about the issue because of sharks' reputation for aggressiveness. This, in an era that has seen successful pop culture campaigns on behalf of killer whales.

Taken together, the double standards and hysteria prove that in a world where aesthetics and perceived cuddliness drive cultural attitudes, it's simply easier to build sympathy for Shamu than for Kujo, Jaws and that bald-headed monster from "The Great Outdoors."

As a dog owner who previously lived in Montana and now lives in a Denver neighborhood that sees its share of coyotes, I'm not immune to the reflexive fear of predator canines. When my dog Monty and I are out for a walk and I see one of those wandering gray-white carnivores, my gut reaction is panic. But I also realize my distress isn't well-grounded, knowing that the coyote is probably more scared of us than we are of him and that there are basic precautions one can take -- like keeping Monty on a short leash -- to minimize potential problems. I also know that while I may live here in the West, so do other species -- and I have no more innate right to this place than they do.

This may be the deeper issue undergirding the animosities toward animals like wolves, sharks and bears that aren't as quick to give up their territory as other more passive species. In a religious nation where many believe God grants humans "dominion" over animals, perhaps we turn these predators into prey because they seem to many like a direct threat to The Word -- or at least to humans' selfish prerogatives. But is a counter to our ecological narcissism really such a terrible thing in this age of excess and exploitation? And is it really so awful that we must annihilate whole species just to satisfy our irrational desire for environmental conquest?