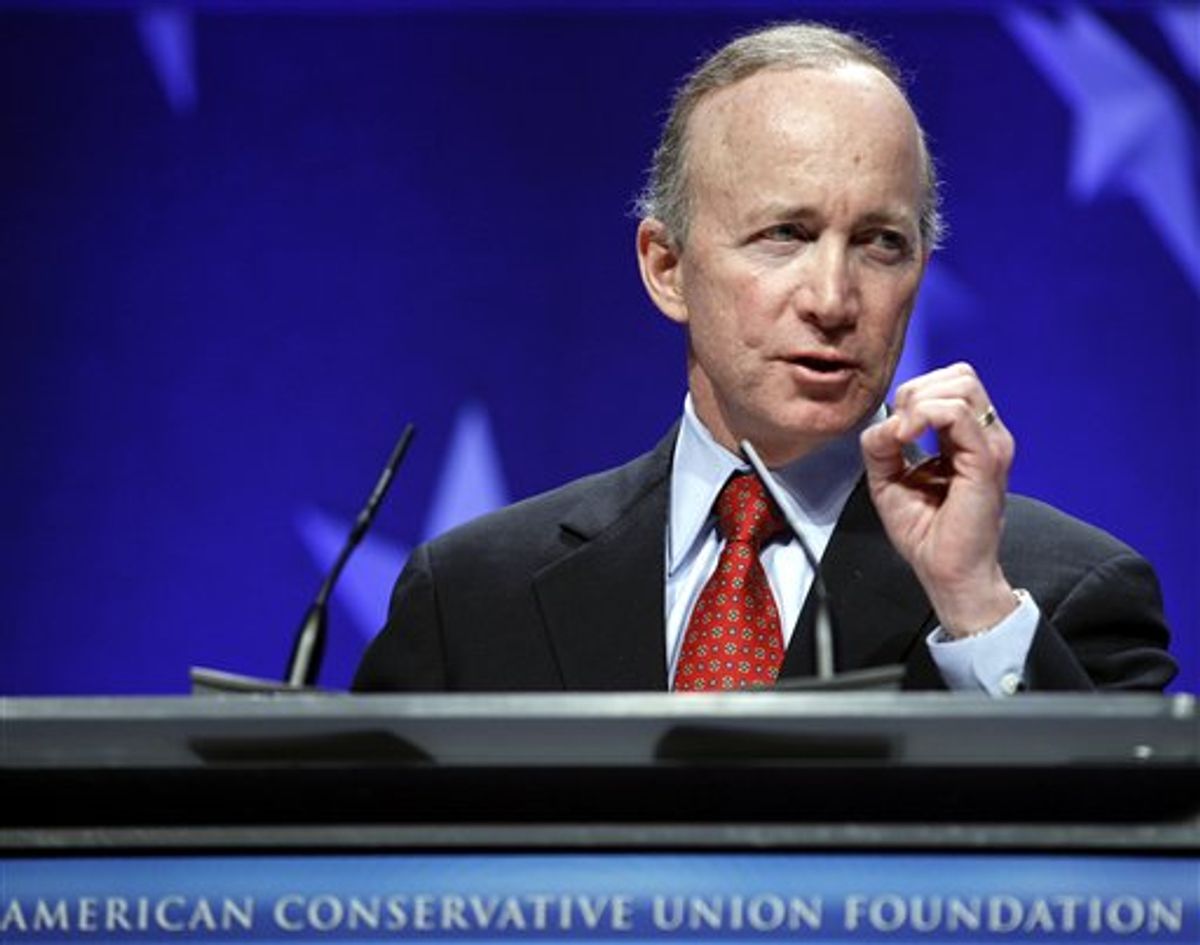 Indiana Gov. Mitch Daniels is the sort of sober, smart governor that makes a brilliant presidential candidate in the minds of party elites, but, unfortunately, actual "voters" do not care for him. Especially Republican voters, who, last I checked, were torn between Donald Trump, Mike Huckabee and Dog the Bounty Hunter. Daniels isn't going anywhere in a Republican primary race. Especially now that he's accepted an award from some Arabs.

"Gov. Daniels piques our interest not only because he is Arab American (his grandparents are from Syria), he is a politician who - even in today's hyper-partisan political climate - has not digressed from his primary focus; fixing the economy," he wrote. "He has insisted that other issues not become a distraction and has not pandered to the anti-Muslim, anti-Arab sentiments expressed by many other potential GOP presidential candidates."

Daniels is the man that GOP elites and wonks desperately want to run for president. This is the candidate of David Brooks. But Mitch Daniels has about as much of a chance of winning the GOP nomination as Buddy Roemer, or Jane Fonda. To wish for him to even run is to wish for a Republican Party that does not exist.

And why doesn't it exist? Because the leaders of the party spend a lot of time doing things like pretending that allowing Muslims to exist and pray in the general vicinity of the site of the World Trade Center is a threat to our freedom. Half of Iowa GOP voters think the current president was secretly born overseas; does anyone think they'd support a candidate who is actually Arab?