How I bluffed my way through college

Years after graduating with an English degree, I have a shameful secret: I've never actually read the classics 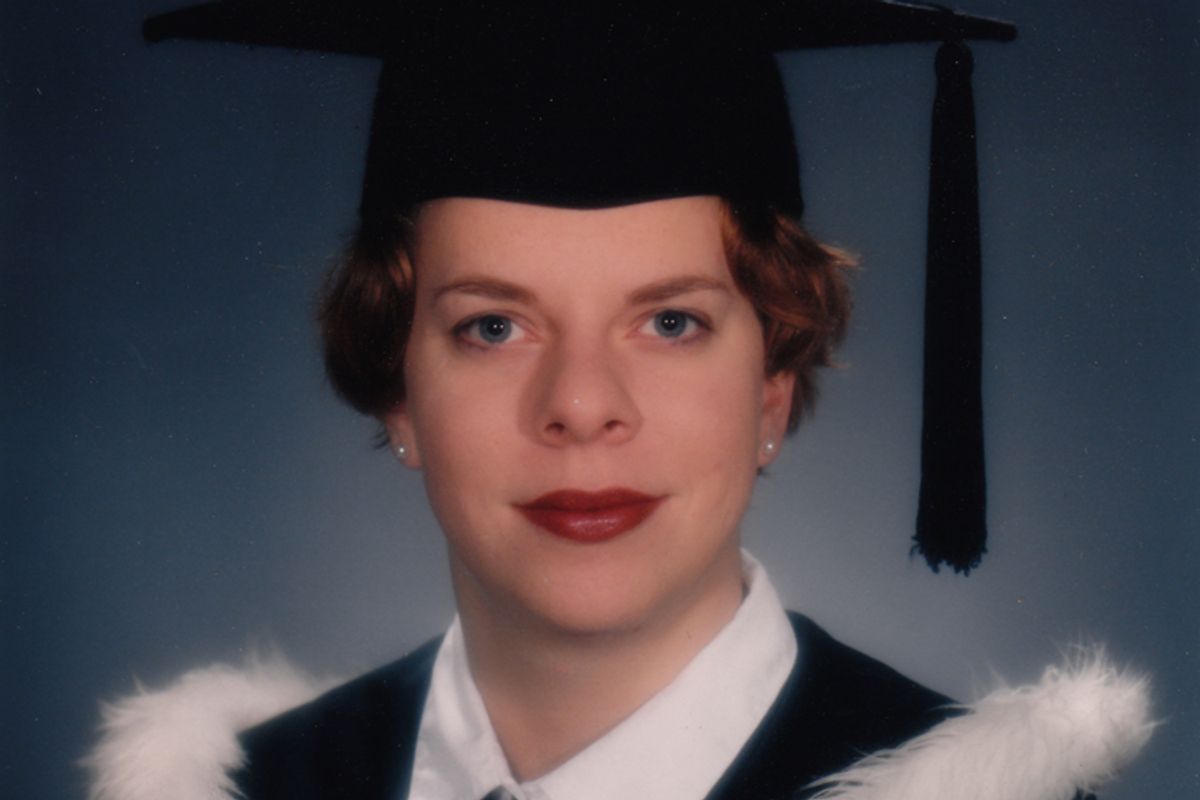 Mr. White was that stern, older English teacher adored by the bookish nerds and despised by those students accustomed to getting by on entitlement and shouty parental phone calls. Naturally, I was crazy about him, and although I can't say the feeling was entirely mutual, two lines from a college recommendation letter he wrote for me prove that he understood my fundamental nature better than most adults I knew, including my parents: "Kate will never be a cheerleader, but she has a genuine love of learning. She is never without a book; usually not the assigned text."

I love that "assigned text" line all the more for its being sort of affectionately passive-aggressive. It's true that in Mr. White's A.P. Major British Writers, as in every English lit class I took between seventh grade and finishing my B.A., I only did about a third of the reading. Thanks to a finicky nature and what I now recognize as textbook ADHD, reading past Page 3 of a book that didn't immediately hold my interest felt like going to the zoo and being forced to watch the naked mole rats for hours, never being permitted to look in on the giraffes.

I knew how thrilling books could be, and I was appalled by the notion that the most ostensibly worthwhile reading -- i.e., the kind we were assigned -- should feel like eating my literary vegetables. So I ignored my homework and let myself be effortlessly absorbed by, for example, Tom Robbins' twisted sense of humor; Stephen King's evocative descriptions and zippy, foul-mouthed dialogue; J.D. Salinger's angsty, gifted teens.

I wasn't anti-assignment when the books on the syllabus felt relevant and vital to me. "Lord of the Flies" was exactly my speed at 13, when adolescents' capacity for cruelty was of particular interest. I read "Ordinary People" -- about a depressed kid in a wealthy Chicago suburb who couldn't connect with his appearance-conscious mother, ahem -- for my sophomore English class and a dozen times after. I often skipped our annual Shakespeare requirement, but junior year I devoured "Hamlet" in spite of myself. (Basically, if there was at least one young, messed-up guy at the center of a story, I was interested.)

And so I squeaked by. As long as I read just enough to get through a couple of papers and a final exam, I could bluff my way through class discussions and easily pull at least a B+. Sure, I probably could have been a straight A English student if I'd consistently read even, say, 50 percent of the assigned books, but I had a system that worked for me.

Unfortunately, Mr. White was wrong about one thing that my parents got absolutely right: My genuine love of learning -- without a corresponding work ethic and tolerance for boredom -- wouldn't do a damned thing for me in college.

In the summer of 1996, when international cellphone calls were still a spy movie fantasy for most of us, I stepped into an iconic red British phone booth to call my mother in Illinois and tell her I was still alive.

"Guess where I'm calling from!" I greeted her.

"Your report card just came," she greeted me. "You're on academic probation again."

I'm not sure what she really said next, but here's a fairly close approximation of what I heard: What the hell is wrong with you? How can you be so lazy? Do you want to flunk out? Do you think the world is going to hand you a job, no matter how badly you've screwed up? Do you think you're better than everyone else, and the rules don't apply to you? You are a bad person, and I don't love you.

OK, she definitely didn't say that last part, but that was the message that thundered in my head every time we discussed my academic shortcomings. "I'll work really hard this year," I told her, now crying in a phone booth in a (not terribly, but still) strange land. "I promise I'll graduate."

And so I did. The following May, bursting not so much with pride as relief, I knelt onstage in the University of Toronto's grand Convocation Hall and placed my hands between the chancellor's while some other robed stranger dropped a faux-ermine hood around my neck. The hood represented no particular honor, mind you; everybody gets one as part of the school's marvelously campy, theoretically Oxford-based pomp and circumstance. (Seriously, among other things, a puffy-hatted beadle leads a procession of VIPs into the auditorium, wielding the gilted U. of T. mace like a scholarly majorette. It is fantastic.) After five years of competition and self-recrimination, I was suddenly indistinguishable from the diligent geeks and charming ass-kissers who'd made their parents proud all along. That day, in our identical black robes and slightly dingy hoods, we all became graduates of one of the finest universities in the world -- and already, nobody much cared how we got there.

Good thing, since after five years and three schools, my cumulative GPA was 1.56. You needed a 1.5 to graduate. I was now the proud recipient of an English degree -- and I had never read the classics.

My spectacular underachieving was a head-scratcher for all involved. I was never a party girl or even that much of a rebel. I despised my body too much to pursue self-destructive sexual encounters, or any other kind. I liked drinking all right but couldn't buy my own for a long time, and I never enjoyed smoking pot enough to want to buy my own. Beyond that, my history of drug use begins and ends with a single failed attempt at dropping acid -- during which I sat quietly in a bathroom corner with a pacifier in my mouth, nodded at my friends and had zero revelations, except that I actually didn't mind spending a whole party like that.

Still, my aversion to the stereotypical troubled teen indicators notwithstanding, I struggled. In addition to the undiagnosed ADHD, there was the untreated depression and anxiety, the acute body shame, the general self-loathing. During my first week in college, I was raped, and I spent the rest of that year sharing a tiny, everyone-knows-everyone campus with my assailant while working toward a school-based hearing that would be equally humiliating and fruitless. So that was awesome. After that I transferred schools, twice, and spent my final year living on fewer than 1,000 calories a day, because I threw myself into dieting as obsessively as I did into reading for pleasure and daydreaming about becoming a famous literary novelist (I know, I know) whom no one would ever suspect of not having read Dickens or Faulkner.

In other words, with the combined benefits of therapy and hindsight, I can see plenty of logical reasons for my academic failures. At the time, though, all I knew was that I was broken somehow -- whether the diagnosis was pathological laziness or plain old stupidity -- and was thus swiftly embarrassed in any discussion of literature that went beyond the bullet points.

Fortunately, few did. I knew the names -- Nick Carraway and Daisy Buchanan, Heathcliff and Cathy, the Bennets and the Joads and Humbert Humbert. I knew when Bloomsday was celebrated, and why Cordelia lost the kingdom to her bitchy sisters, and who the madwoman in the attic was. And let's be honest: In most situations, that is plenty to pass as a person well-versed in the classics. I could have gone most of my life as a small-time fraud.

Instead, at the beginning of 2011, I embarked on a year-long classics-reading project, partly to atone for my wasted education and partly because, at 36 years old, I finally think that sounds like fun. It's been fascinating to watch people respond to the admission that it's not a rereading project. Usually, they chuckle politely and cop to some mild slacking themselves until, inevitably, I come to the literary oversight they find unforgivable. (Most often it's Gatsby.) You've never read that? And you have an English degree? What the hell is wrong with you?

That probably wouldn't bother me much, except that my long-standing secret fantasy -- apart from being a famous literary novelist who gets seven figures per book and wins all the prizes -- is that I will someday go back to school and be the kind of student my teachers and parents (one now 75, the other dead) always wanted me to be. In 2005, I graduated from a non-traditional MFA program I actually thrived in, which you'd think would have been enough of a happy ending for me. Advanced degree! Unimpeachable transcript! Boo-yah! But I still have this utterly irrational, yet no less ferocious desire to be a bona fide scholar -- a stuffy, tweedy stereotype who's read everything. Part of me can't stop wanting to try for a Ph.D. in English lit just so I could hang that degree on my office wall like the head of a bear I done wrassled and kilt with my own two hands. I won, you bastard. Not you.

You could say a Ph.D. in English literature is my white whale, even.

And no, of course I haven't read "Moby-Dick."