The ratings agency downgraded its outlook on U.S. sovereign debt. Here's why you shouldn't worry about it 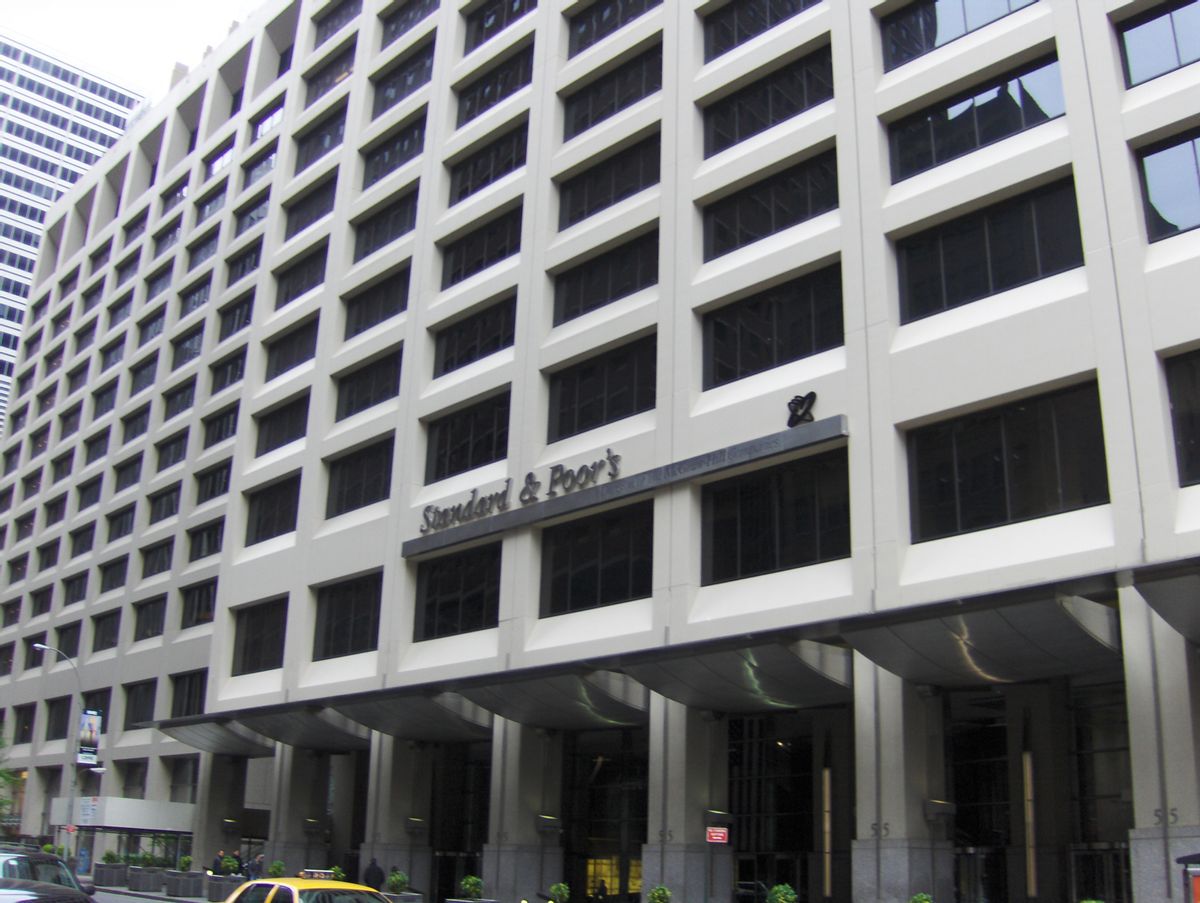 Standard and Poor's decision Monday to lower its outlook on U.S. sovereign debt told us what we already know: We're in rough shape. No big news there.

But the downgrade has caused serious concern: "The bottom line is that the news about the S&P report scared me," wrote Forbes' Leo Burman, fearing that the ratings outlook could be a premonition of a debt crisis -- a scenarios in which the U.S., its Treasuries no longer trusted by investors and unable to borrow at a reasonable price, could be plunged into insolvency.

But just a brief look across the pond and into recent history in the U.K. should allay concerns and raise questions about S&P's motivations. The current situation in the U.S. is analogous to one faced by the U.K. in 2009 and 2010. In May 2009, S&P revised the outlook for its sovereign debt on the U.K. to negative, a view it reaffirmed that summer, despite the announcement of an austerity package by the British government. So everyone in the U.K. understood that austerity was on the way. Yet S&P only moved its outlook rating back to "stable" when the British government actually announced the completion of its spending review.

Similarly, although the shape, nature and timing of U.S. budget reforms remains contentious, everyone knows that reform will come. So, as in the U.K. situation, S&P will likely reverse the negative outlook when a U.S. reform package is actually enacted. Is S&P's position just a comment on urgency, then?

Such an analysis suggests that S&P issued its warning to encourage the political process. But this is not a typical line of thinking in ratings agency culture, according to Gary Witt, who worked at ratings agency Moody's as team managing director of U.S. derivatives for many years and now teaches finance at Temple University.

He told Salon, "In a case like this, to think that S&P acted in order to influence a political process. I've never heard anyone use that line of thinking," he said.

Nonetheless, the effect of S&P's decision is certainly political and S&P's move has to be taken seriously simply by virtue of the fact that, despite its cataclysmic failures in recent years when it came to rating subprime mortgages, Wall Street still relies on the rating agencies. And a downgrading of the U.S. sovereign debt, however unlikely, would impinge on the country's ability to borrow at low prices.

Perhaps the most important thing to keep in mind is that, as James Fallows pointed out in the Atlantic (citing economist James Galbraith), the U.S. can print its own money, and the cost of doing so is less than the cost of default. If push came to shove, the currency would take the strain. Everyone knows a financial reform package is called for; S&P didn't break that news. Keep calm and carry on.