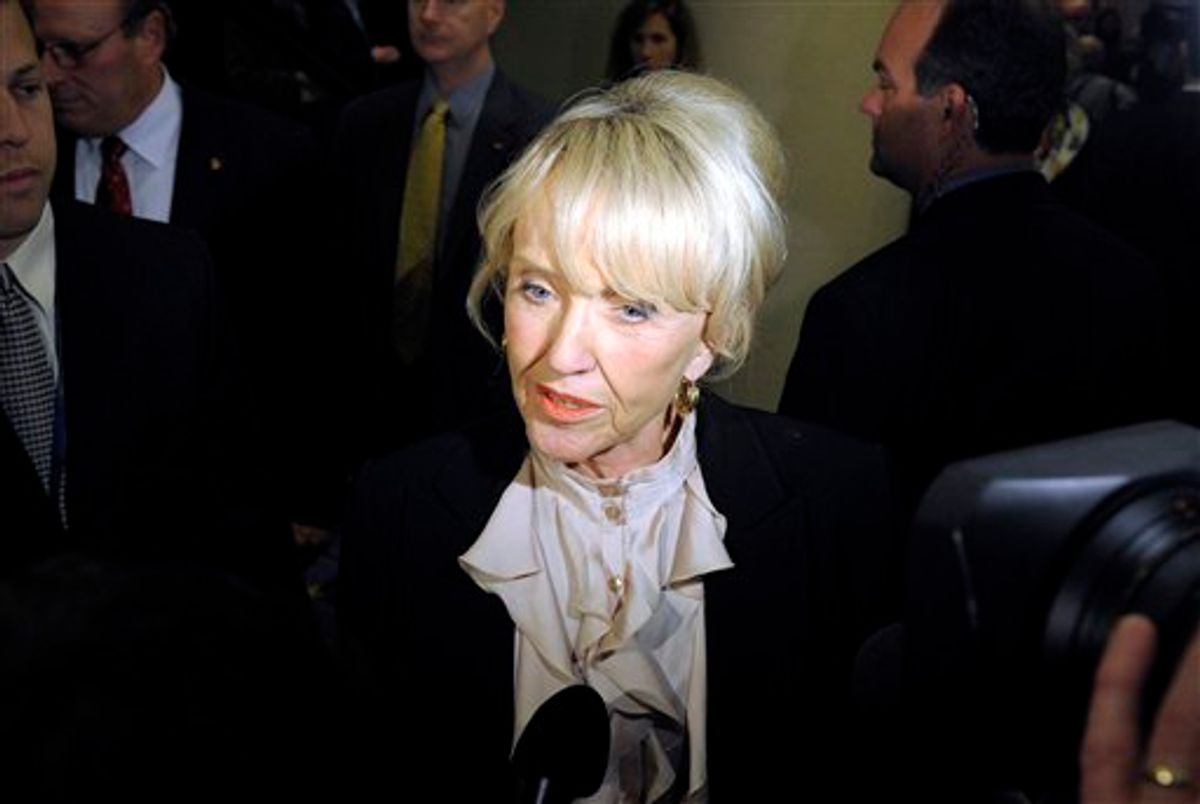 FILE - In this Feb. 28, 2011 file photo, Arizona Gov. Jan Brewer speaks at the National Governors Association Winter Meeting in Washington. The Arizona Legislature gave final approval Thursday to a proposal that would require President Barack Obama and other presidential candidates to prove they are U.S. citizens before their names can appear on the state's ballot. Arizona would become the first state to require such proof if Gov. Jan Brewer signs the measure into law. (AP Photo/Susan Walsh, File) (AP)
--

Arizona Gov. Jan Brewer has vetoed a bill that would have allowed guns on public rights of way on public university and community college campuses.

Brewer, a Republican, has signed other major gun rights measures over the last two years. But she said in her veto message Monday that she rejected the campus bill because it was "poorly written."

The governor says the measure didn't define a public right of way and could have been interpreted to apply to K-12 schools in addition to universities and community colleges.

The bill originally would have allowed the carrying of concealed weapons in buildings, including classrooms. The Senate amended it partway through the legislative process to apply only to rights of way.