I mocked the Beatles, and then they saved me

Generations ago, I dismissed them as fluff, but lying in a hospital bed, I understood why those girls were so moved 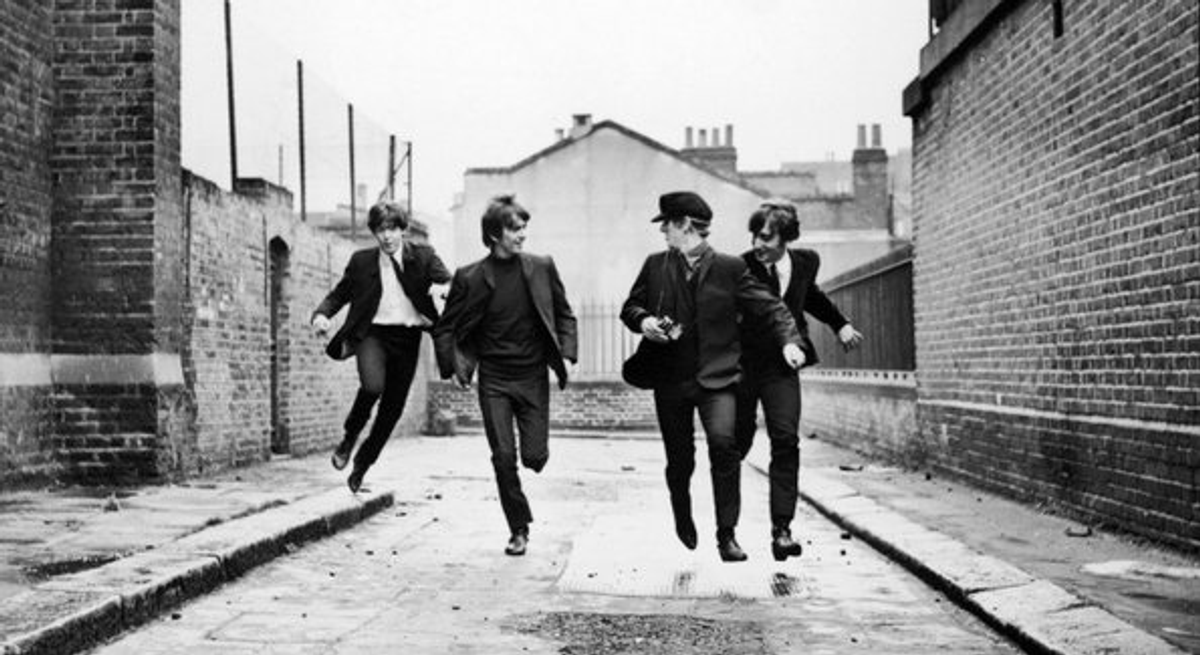 At 14, I became a putz, which wasn't easy for someone who'd never planned on being one. But the mysterious introduction into my teenage body of strange hormones, the sudden emergence of an outsize honker, a generous splash of zits and the resultant blast of teenage loneliness provided lessons I believed I'd have to learn or die: Never let your emotions show. Forget you even have them. Meet everything you don't like, can't understand or feel threatened by with a mask of sarcasm.

So I became the Sneering One. The Smartass. The Hypocrite who disguised his jealousy of all things good and sweet with sour mockery. And my mockery was never so pronounced as when I heard my younger sister Karen play her Beatles albums. I might have brought her to tears one day with my unsolicited dismissal of the group's music.

No one in my family knew that when everyone else went to bed, I would steal into the living room and lie on the floor, my head pressed between the removable twin speakers of my parents' stereo, to enjoy "Beatles '65" or "Meet the Beatles" at a barely audible level. My intense listening pleasure was salted by my fear of being discovered. But I was lonely and unhappy enough to build an entire day around the chance to get lost at night in those buoyant, simple songs of lost love, and the sheer sonic joy that two electric guitars, an electric bass and a drum kit can bring a kid who finds himself alone in a world that seems stacked against him.

But the Beatles were a girl band and no self-respecting manly teenager could admit his love of the Fab Four. Even, in the beginning, to himself.

Two years ago, I had reason to remember those teenage days. I was lying in a hospital bed, recovering from abdominal surgery and beginning to feel the tendrils of depression. I was stuck with an IV in my arm in a room that featured a second-floor view of a scrawny treetop and a TV screen controlled by a fellow sufferer with an insatiable taste for the Food Network.

At lunchtime on the fourth day of my incarceration, I received not the greasy solid food my IV-fed body craved but something better -- my daughter Annie's laptop. And miraculously, the hospital provided Wi-Fi. Flawless Wi-Fi. Wi-Fi that did what the hospital's menu couldn't do: provide sustenance for one of its ailing occupants.

It was there, on an otherwise sodden July afternoon, that I reconnected with my closeted teenage past. In place of those big gray stereo speakers, a pair of tiny white ear buds. Instead of my sister's platters, YouTube. For secretive volume, substitute full-blast sound.

On YouTube, I typed in "beatles hard day's night." A blank screen finally gave way to that bizarre opening chord -- SPLANG gggg -- that signaled the beginning of the running, jumping, standing-still opening credits of Richard Lester's great movie.  A thrill ran through my battered body as I watched those grinning young men being pursued by a mob of screaming, delirious girls.

I played that clip a dozen times that day. Maybe two dozen. Every time I did, my hospital cell melted away, replaced by that remembered living room floor. I was my long-ago, skinny, secretive self again, no longer constrained by the fear of discovery.

Alone in my bed, I was being nourished as I had been so long ago. That opening chord was the moment everything changed for me -- and arguably, the rest of the world.

I snapped the computer closed that evening. It was the first time during my hospital stay that I finally felt satiated.

There I was, nearly half a century later, tears in my eyes, resembling no one in the movie more than Paul's grandfather, knowing as much as it's possible for a grown man to know how thrilling it must have been to be a lovesick teenage girl back then, screaming her head off for her favorite Beatle, sobbing at the pure mysterious pleasure of the chase she knew she could never win but running just the same. It's a passion that should never have been sneered at but  treasured for the tender moment it was.

That song, that film clip, those screaming girls were as inspiring to me as any of the great freedom songs of the civil rights era. I felt utterly refreshed, ready for anything, ready to make my own mad dash down the dismal hallway outside my door, down to the streets below, running, running, running away from the misery and self-pity that had nearly taken me over. It had been a hard day's night, yeah, but I'd get out of that damned hospital no matter what, I'd get home and I would feel all right.