"Jews for Palin" group consists of one, maybe two Jews 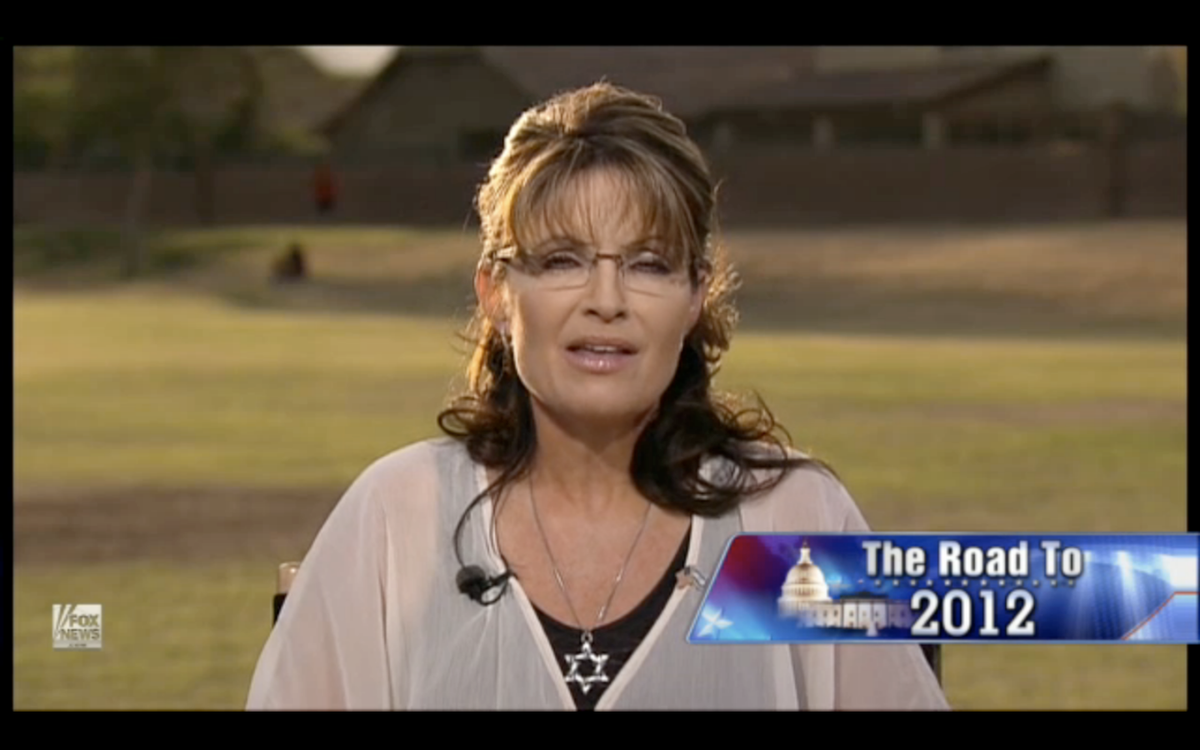 (UPDATED) It's Passover, and Sarah Palin is wearing her Star of David necklace again. So it's a good time to check in on a group that launched just over one year ago, Jewish Americans for Sarah Palin.

The outfit, which launched to a fair amount of attention in 2010, describes itself as an "independent group of academic, religious and political leaders" devoted to promoting Palin. Its founder, a Philadelphia-based former newspaper editor named Binyamin Korn, told me last April that he would be releasing a list of prominent supporters of "Jews for Palin" within a couple of weeks. But that never happened. In fact, there's no evidence the group is anything more than a website and public-relations vehicle consisting of one member -- Korn himself.

Korn has not responded to an email I sent a week ago asking about all this. And he did not immediately return a phone call today.

While Palin has been known to make strange comments about Israel and polls very poorly among the largely liberal American Jewish population, Korn saw a potential champion in Palin. When he launched the Jews for Palin group last year, he told me Palin was "mainstream, charismatic, and she seems to get under the president's skin effectively."

Besides Korn, the only other named member of Jewish Americans for Sarah Palin is the anti-Muslim blogger Pamela Geller, who has described herself as a proud member of the group's "National Advisory Board." One cached page from the group's website states: "our national Advisory Board (in formation, tba) includes a distinguished scholar of Hindu-Buddhist-Jain, and Jewish, studies." The Hindu-Buddhist-Jain scholar in question is not named.

Meanwhile, the Jews for Palin website remains under construction. Users who click the link to a topic page on "America-Israel Alliance" under the heading "Why We Support Her" find a page that says only, "Coming Soon!" The group did make a bit of news earlier this month by piggybacking on a scheduled Palin speaking appearance before an antiabortion group, which Jewish Americans for Sarah Palin rebranded as a Shabbaton event.

Other than that, Jews for Palin appears to have done little more than act as a vehicle for sending out press releases written by Korn and publishing pro-Palin Op-Eds written by Korn. If I hear back from Korn, I'll update this post.

4/21/11 UPDATE: Korn got back to me and provided this list of members of Jews for Palin's board, which he says was published in the Jewish Exponent in July:

Ultimately, however, the strength of Jewish Americans for Sarah Palin should be measured not by the number of people on our board but by the extent of the ongoing shift in American Jewish political attitudes, which we take some pride that our efforts are helping in some way to accelerate.