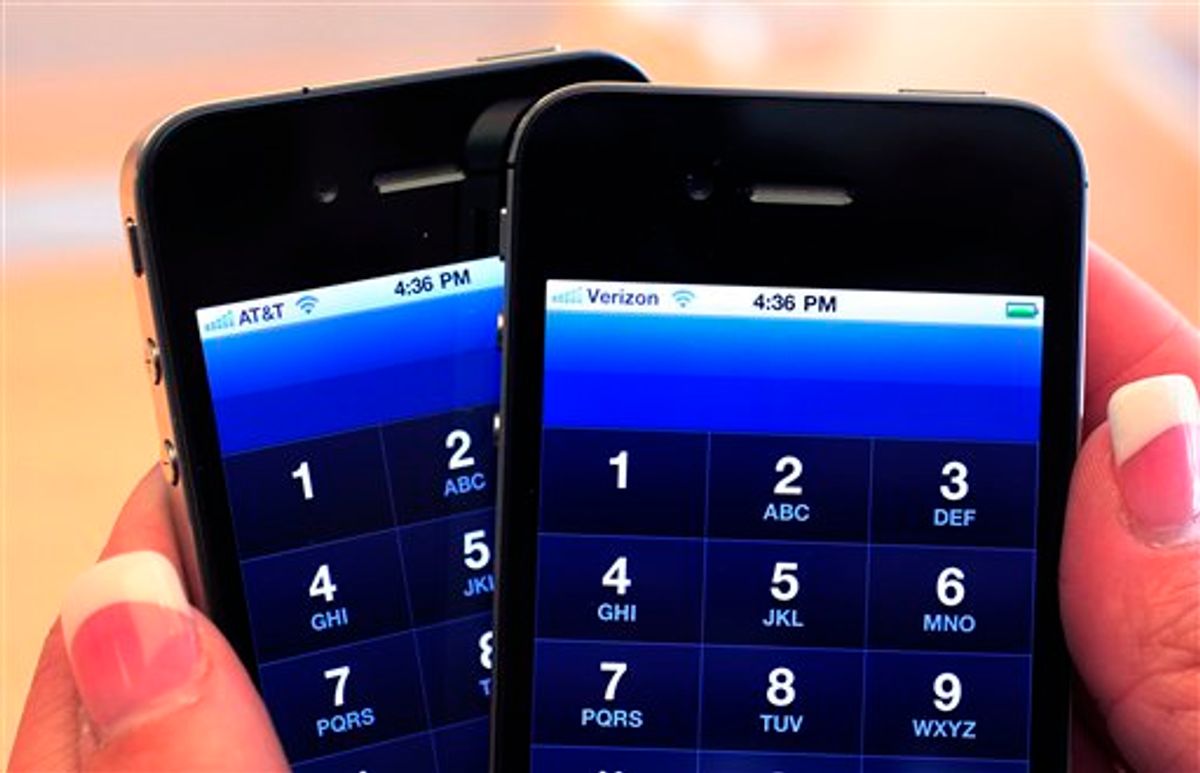 Today in concerning: the news that certain Apple devices track and store the locations of their owners.

A hidden file on the Apple iPhone 4 and iPad 3G has been found to track GPS data, which is frequently updated and stored. Anyone who can get access to your iPhone or iPad can access this information -- the files are not even encrypted.

The full implications of this surveillance are still unclear and Apple has not spoken out in response to the discovery, revealed by two researchers earlier this week.

According to Heidi Boghosian, the executive director of the National Lawyers Guild, the data storing could lead to a "clear violation of the Fourth Amendment, which guards against unreasonable searches and seizures," were any government bodies to use the information.

"Everyone I know who has an iPhone has an expectation of privacy and were not aware about the possibility and extent of intrusion," Boghosian told Salon.

The potential for abuse is evident. Perhaps most concerning, Boghosian noted, is what this "ominous development" could mean for the government and other third parties' ability to amass personal information on civilians.

"The ability to extract information from a wide number of iPhone users is especially disturbing given that the government maintains databases of information on activists under the guise of tracking prospective domestic terrorists. Any new vehicle for secretly extracting and amassing personal data on large numbers of users further expands the possibility for widespread, systemic abuse by the government," she said.

There is some precedent for such activity. Boghosian pointed to a case in which G-20 protesters were arrested for using Twitter to spread information about police movements.

She also noted the use of RFID (radio frequency identification) technology -- tracking systems that use intelligent bar codes to track items in stores -- which enable sensitive information, including credit card information, to be gathered about people without their knowing it.

"Apple needs to safeguard the personal location information of its users to ensure that an iPhone doesn’t become an iTrack," Markey said in a statement. The congressman also wants to know about whether Apple customers can disable the tracking mechanisms in their devices.

There appears to be a way to disable the tracking with a new app produced by Cydia. However, it only works for devices that have been jail-broken, a newly legalized process that allows iPhone and iPad owners to download applications from sources outside the Apple App Store.

Boghosian said it is crucial that groups like the National Lawyers Guild keep a close eye on developments and "first and foremost make sure consumers are educated about the possibilities for abuse."

It's "very Big Brother," she said.

Note: this story was updated to emphasize Boghosian's point about the Fourth Amendment referred specifically to possible implications of government involvement.