The culture war over underwear

From "purity panties" to kiddie thongs, the response to girls' undies is extreme -- and worth a closer look 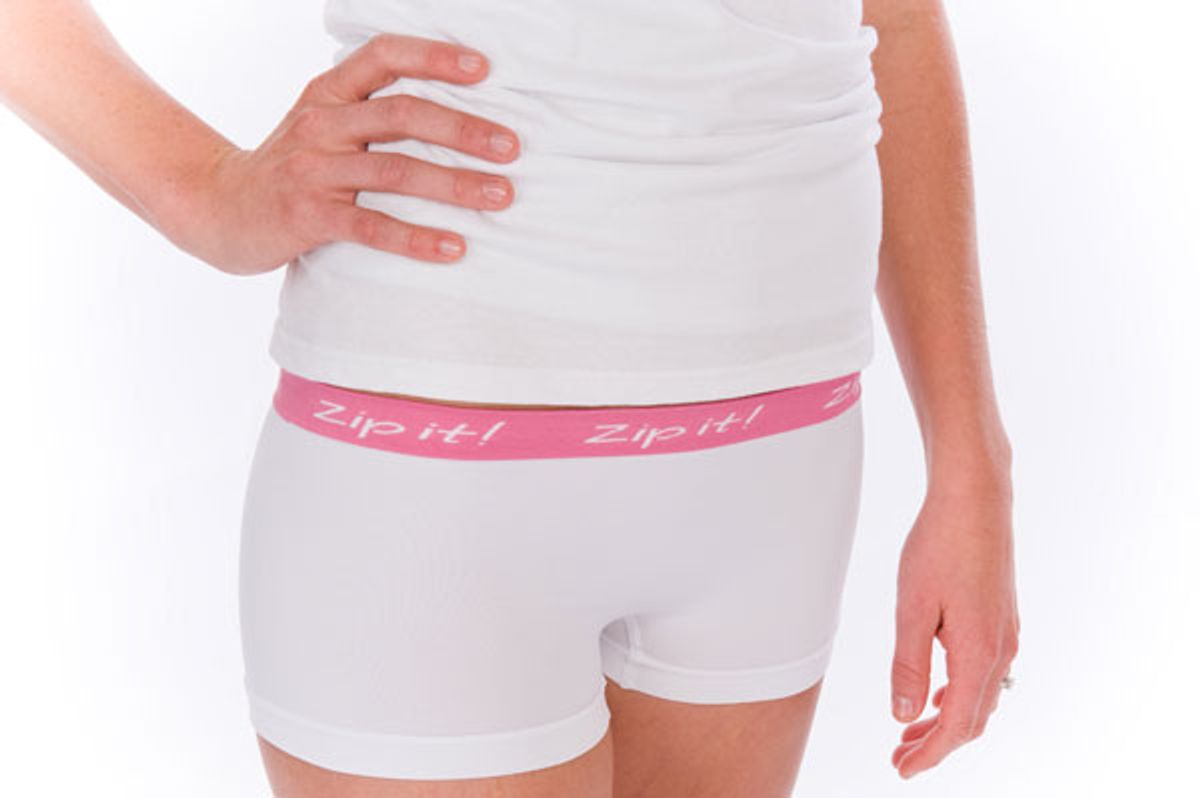 A new line of "purity panties" has inspired a burst of mocking media coverage this week -- and with slogans like "zip it" and "dream on" it's no surprise. The Daily Mail called it a "bizarre collection." Adrants deemed it "twisted." Ms. Magazine pronounced, "It isn't just dumb, it's dangerous." The Village Voice dubbed it "underwear-shaming as sex prevention." The Huffington Post even kicked off a poll to determine whether readers thought the line would be effective at preventing sex.

Just as this supposed news item was heating up this week, CNN columnist LZ Granderson published an Op-Ed titled, "Parents, don't dress your girls like tramps." Horrified by the sight of a sexily dressed 8-year-old, the author exclaims, "What in the hell is wrong with us?" and calls for readers to direct their anger toward "the parents who think low rise jeans for a second grader is cute." (Also, on the hyperbolic tip, he writes: "I don't care how popular Lil' Wayne is, my son knows I would break both of his legs long before I would allow him to walk out of the house with his pants falling off his butt." Wowzers.) Granderson goes on to mention the controversial pushup bikini for children from Abercrombie & Fitch (which previously caused an uproar with its flirty kiddie thongs).

If you ask me, this all amounts to a sartorial freak show that represents our deep anxieties about young female sexuality. Chastity underwear, Wonderbras for kids -- both inspire "ews" and eye rolls. They widen the already-gapping chasm of our culture wars. You can look at something like the "purity panties" and bemoan religious conservatives' creepy obsession with girls' purity (I have many times before). Then you can look at the grade-schooler with "sexy" emblazoned on her butt and wring your hands about the sexualization of children (I have many times before). There is tremendous uneasiness over either the implicit or explicit view of girls as sexual beings. We negotiate protection of -- and from -- this thing that is seen as both vulnerable and alarmingly powerful. (You don't see the same cultural dynamic with boys: We aren't worried about them being corrupted but rather about them corrupting girls.) It's a fine line between criticizing a culture obsessed with judging and evaluating female sexuality, and feeding right into it, isn't it?