Paul Ryan booed at his own town hall

The Republican legislator's own constituents send him a very simple message: Tax the rich! 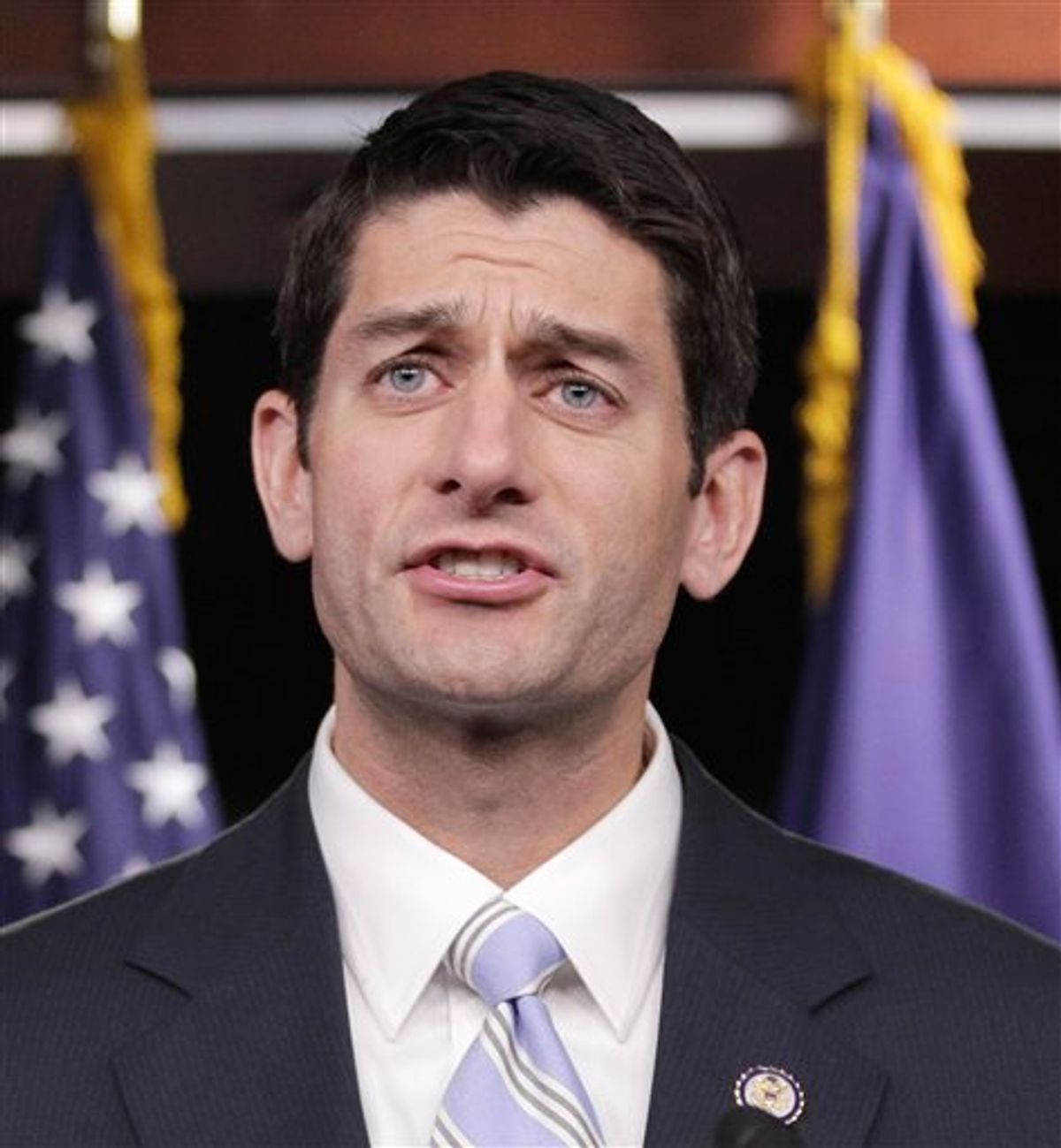 FILE - In this April 5, 2011 photo, House Budget Committee Chairman Rep. Paul Ryan, R-Wis. touts his 2012 federal budget during a news conference on Capitol Hill in Washington. House Republicans are backing the cuts to Medicare called for in the 2012 budget proposed by Ryan. Those cuts account for a significant share of the $5.8 trillion Ryan claims his budget will save over the next decade. The House is expected to vote on Ryans 2012 budget blueprint this week. (AP Photo/J. Scott Applewhite) (AP)
--

Every Democratic legislator needs to sit down and watch the video of Paul Ryan appearing at a town hall meeting in Wisconsin on Wednesday. A constituent lays out the problem of growing concentration of wealth in the top 1 percent of the U.S. population, and then questions the wisdom of continuing to give tax breaks to the wealthy.

He is applauded by the audience.

Ryan, in response, attacks the notion that wealth should be redistributed, and says "we do tax the top."

He is booed, heartily.

The message could not be any clearer. The people -- arch-conservative Paul Ryan's people!-- have spoken. Tax. The. Rich.