Judging the cover of a book 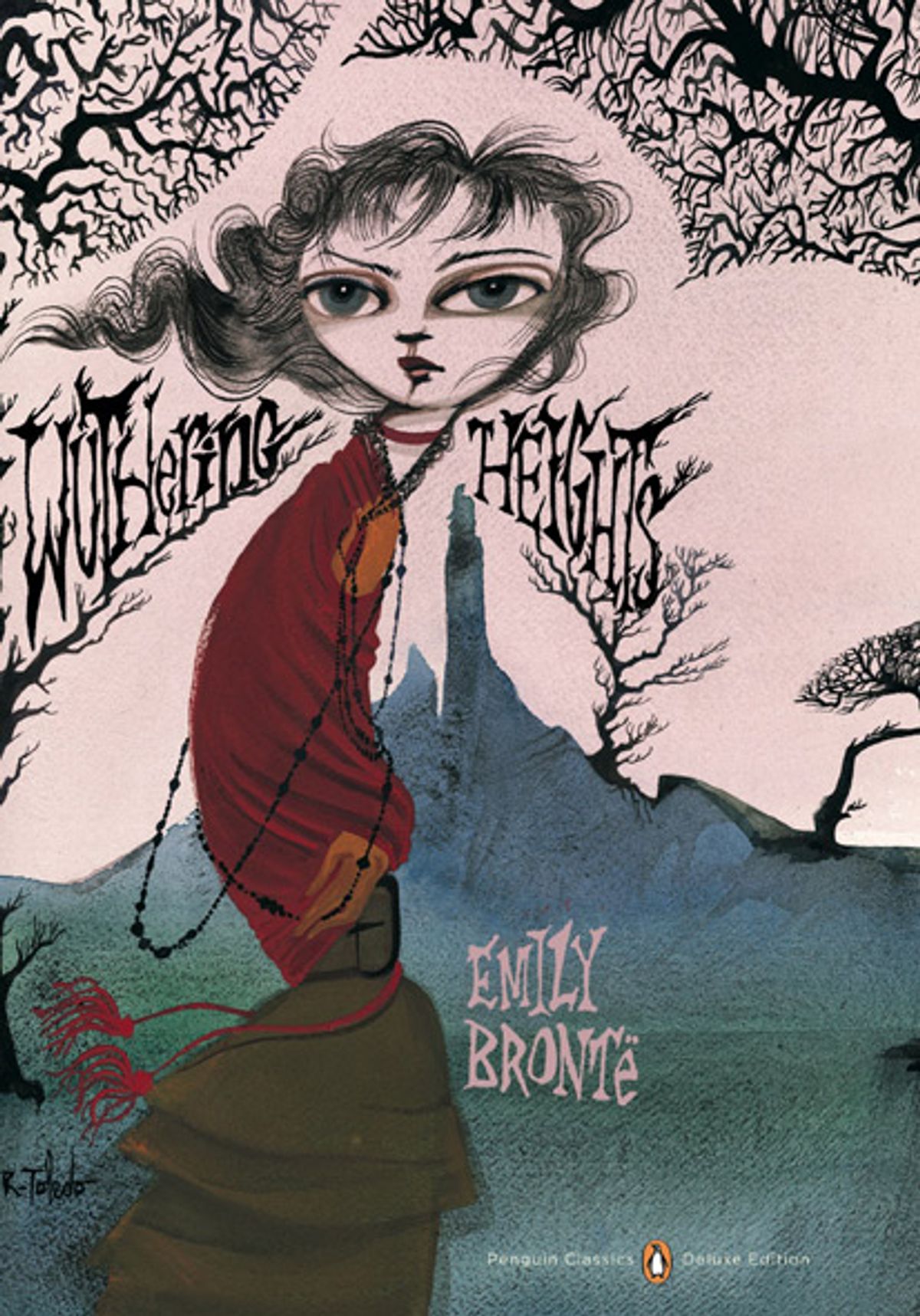 To commemorate the 75th anniversary of Penguin Books, art director Paul Buckley chose 75 book covers to investigate the design process behind each one. What worked and what didn't? What did the designer or illustrator think? What did the author think? These questions are all collected in "Penguin 75."

Buckley, who is admittedly averse to interviews in person or via phone, was gracious enough to answer some of my questions via email about this new collection, which took him several years to compile.

Growing up, were you taken aback by Penguin book designs? What was the first cover that caught your eye?

I honestly cannot say that I had any Penguin moments as a child -- until the age of 13 my reading consisted solely of science fiction and anything on biology. Though I do remember my first book cover eureka moment ... I was 12 and we had just moved into my stepmother's house, and everything was new to me. Upon exploring the garage I came upon a huge open box full of pulp books from the '50s. They really grabbed me and I remember going through them one by one. There were easily 300 books in this box that probably held the washer or dryer; each cover was more insanely fabulous than the next. Not long after, no doubt to make space, that box was thrown out without much thought, which makes me nuts to think about. I fantasize that if I had those books today, I'd somehow create a wall with them, maybe behind a sheet of plexiglas that goes edge to edge, floor to ceiling, and just stare at this beautifully odd spectacle of books.

As a designer, what was it about Penguin paperbacks that drew you in initially, before you started working for the company?

In this regard, my path was an incredibly lucky one. I was working as both a freelance illustrator and designer and had just come back from a three-month trip through Central America and was looking for something steady just long enough to get my finances back in shape. Through a sister of a friend, I landed an interview at New American Library (NAL) and was immediately hired as a junior mass-market designer. In the next room over, they were doing trade books, and that felt like a much better fit to me. The art director took a liking to me, and two months later, hired me to work on the Dutton and Plume imprints. Soon after I started, NAL merged with Penguin, and the Penguin art director inherited me. He rapidly shook off these new employees, but I was tenacious and put up with everything he threw at me and was the only one that clung on -- and I'm still here. So to answer your question, like much in life, I just wound up here; but once I did, I very quickly realized what an amazing place I was in, and I was not leaving. No publishing house has the cachet that Penguin does, and that was very hard-earned on their part. We do the best books and embrace great art and design and the people working on this imprint are wonderful and smart and funny. I was simply extremely lucky.

How did the idea for Penguin 75 come together? How hard was it to narrow the book down to 75 selections?

I am very aware of how much product gets put out there that is completely unnecessary, be it music, movies, books, whatever -- it seems that for every good piece of culture we experience, we are bombarded with 99 pieces of redundant crap. I've been in the industry for awhile, and of course want to show off the great work we do here, but was not going to put out yet another design book and take your money -- you can get that in any annual. To me, often more interesting than the covers are the stories, the psychology that created all the variables that led to this cover over the 20 other proposed covers. So with that in mind, I thought it would be a great idea to have the designer or artist and the author comment on the same cover and what they had to go through to get there. This is a book that has never been done before, and it will appeal to a broader audience than your regular design-book-buying crowd. Anyone interested in art and literature will enjoy this. I pitched the idea to Penguin's publisher, Kathryn Court, and she liked the idea so much that she asked me to put it on the fast track and complete it in time for our 75th anniversary. Which I did, but it almost killed me! Hence the 75 in the title. Yes, it was very hard to narrow it down to 75 covers -- extremely difficult. You must find not only the best covers, but also the best stories and the best authors and artists who are willing to participate. To have all these amazing people give me quotes for the book was truly amazing and so much work to gather and edit, and curate, but I'm very glad I went through it. I learned a ton and have a product I'm very proud of.

Was it easier or harder than you thought it would be make this book work?

It was so much harder than I thought ... it was insanely hard. Some authors were too busy, would say "OK" and then not return emails, or gave me comments on the wrong book. Some editors refused to ask certain authors or to let me ask them. Some contributors simply had nothing interesting to say or would not discuss the problems they may have had with their cover due to fears of insulting the designer or author or publisher, etc. -- even though they were told repeatedly to let it fly, that's what the book is about.

On average, what percentage of the initial cover designs are rejected by the author, editor or publisher of the project? As the art director for a lot of these titles, would you say you're usually happy with the compromises that are made on both ends to end up with the best, most viable cover for said book?

There is no average. It's mostly an editor-to-editor thing. Some truly get the creative process and respect that a great cover can be the first impulse, whereas I have one editor who cannot be satisfied till every angle has been explored, every stone turned over, and until you hate every project you do together. On the author side, you can have authors whose work you just love, but they just don't enjoy your aesthetic and force you into a cover you are not proud of. And then there are those that love everything you do, so at the end of the day, it all balances out. Within the Penguin imprint, though, we do pretty well, as everyone is extremely supportive of good design and respects the marketing value of distinctive covers on the books. So within the Penguin imprint, I'd say we have a 50/50 batting average right out of the gate, which is pretty good. To be a book designer, you need a very thick skin or the rejections on work you are proud of can really wear you down. Yes, I am generally happy with the compromises -- a book is a collaborative effort where many have things at stake, and all involved want it to do well. When you see a book where the designer left his or her credit off, that is an example of where the compromises spun out of control.