A Q&A with Mike Tollin, whose 2009 documentary "Small Potatoes" sent The Donald into an epic rage 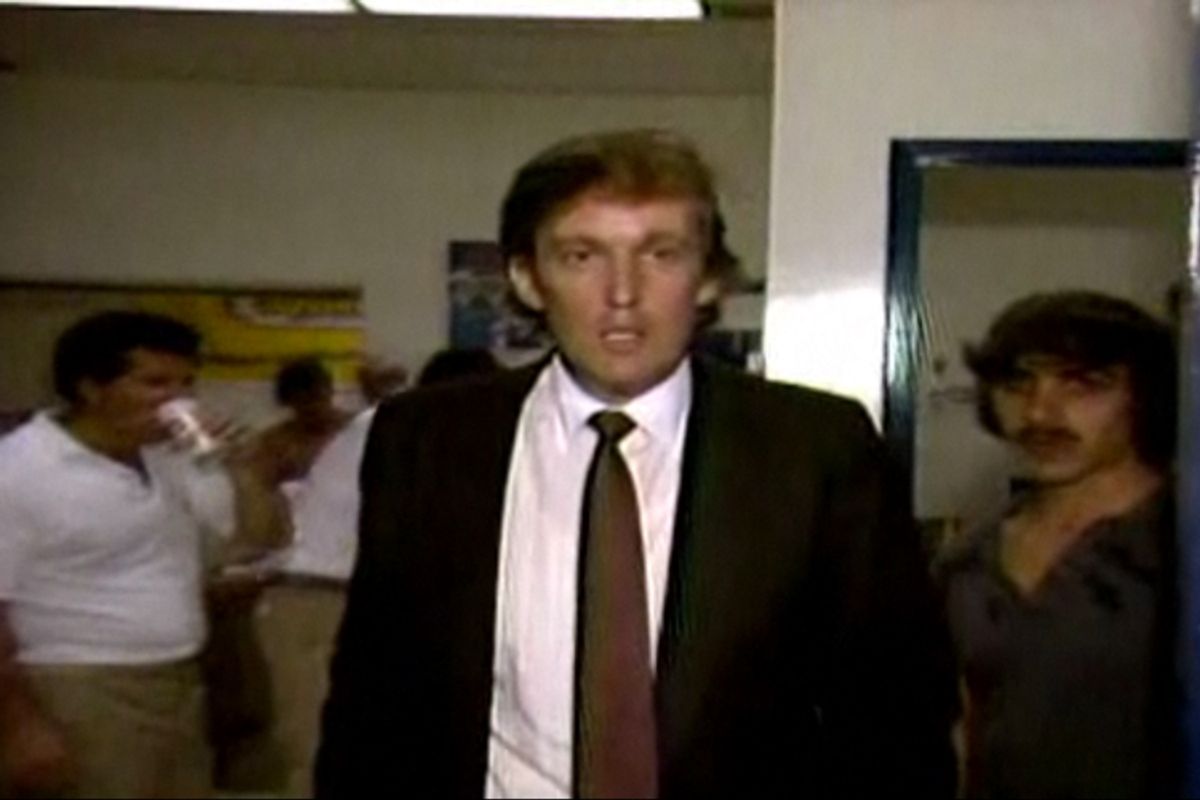 No major sport has a longer off-season than professional football. From the end of the Super Bowl in early February until the next kickoff in early September, NFL fans are left to endure seven months of pigskin Siberia every year. (And this year, thanks to the league's labor problems, the wait could be much, much longer.)

For this we can blame Donald Trump.

For a few years in the mid-1980s, America was actually blessed with two viable professional football leagues: The NFL played in the fall, while the fledgling United States Football League took the spring months. Launched in 1983, the USFL was a cut or two above most second-tier pro leagues. It enjoyed national television contracts with ABC and ESPN (then a newcomer to the sports world itself) and attracted some elite playing and coaching talent. After winning the Heisman Trophy at the University of Georgia in 1982, for instance, running back Herschel Walker spurned the NFL for a contract with the USFL's New Jersey Generals.

For three seasons, the crowds were good, ratings were decent, and spirits were high. But then the USFL's owners made a fatal mistake: They listened to The Donald, who had purchased the Generals in the league's second year of operation. Trump pressured his fellow owners to move their schedule to the fall in order to compete head to head with the NFL. It was an act of suicide. Ultimately, the USFL staked its future on an antitrust suit against the NFL, which ended with a Pyrrhic victory (a judgment for $3) that finished off the upstart league for good.

Filmmaker Mike Tollin, who ran the USFL's equivalent of NFL Film back in the '80s, told this story in "Small Potatoes," a 2009 documentary that was part of ESPN's "30 for 30" series. One of the highlights of the movie is Tollin's interview with Trump, who arrives for the taping in a combative mood, provides a series of hostile answers and then storms off the set. When the film debuted in October '09, Trump publicly ripped it as "third rate" and attacked Tollin as "a sad guy." (He also sent a note to Tollin with this handwritten postscript: "You are a loser.")

In light of Trump's current threats to run for president, we reached out to Tollin to learn more about what The Donald was like as a team owner -- and what happens when you become the subject of his wrath. Here is the full transcript of our email interview:

How did Donald Trump end up with a USFL franchise in the first place?

First, I want to say I'm agreeing to do this interview under protest! I find it horrifying that I can't pick up a New York Times or peek over my wife's shoulder at the "Today" show or click on Salon without seeing Le Grande Coiffure. And in essence I'm feeding the beast by agreeing to this interview. But after Salon ran "Donald Trump: The president we deserve" yesterday, I thought maybe I'd take the opportunity to present the viewpoint of someone who's known the Republican front-runner before he was The Donald.

So then, back to those halcyon days of the USFL.  It was 1984 and his hair was still brown when the budding real estate mogul bought the New Jersey Generals from Oklahoma oil baron J. Walter Duncan. I was running the USFL production company, and since we had a weekly show on ABC, he saw me (along with his new team) as just another cog in his ever-expanding, self-aggrandizing publicity machine. We got along well for awhile, until I tired of his egocentrism and realized his true motives in buying the team.

What kind of an owner was he? And how was his team?

In the pantheon of bad team owners, I'd have to rank him just above Donald Sterling and Frank McCourt. Those two have just endeavored to sink their own franchise, while DJT managed to sink an entire league (an honorable mention to Isiah Thomas goes here). One slight problem I discovered early on -- he didn't know much about football. And he didn't care much for it either. Despite trading in quarterbacks like he'd later trade in wives (Brian Sipe to Doug Flutie to Jim Kelly), Trump's Generals failed to win a single playoff game during his tenure.

"Small Potatoes" makes a pretty strong case that Trump -- by pushing for the league to move to a fall schedule and sue the NFL -- was a big reason the USFL died. Can you explain why he wanted to do this and how he pulled it off? What was his relationship with his fellow owners like? Didn't he meet resistance from some of them?

Donald declared his opposition to spring football from the outset, and he made his real interests transparent: The team was his way to squeeze himself onto the pages of the New York tabloids, and the league provided a platform from which he could try to bully his way into the NFL, the established league that had made it clear that they wanted no part of Trump.

He had an extremely contentious relationship with most of the other USFL owners, who believed in the vision of an alternative spring pro football league. Ultimately, they acquiesced to the guy with the most money and the loudest voice in the room, and Trump led the USFL into a self-destructive, all-out war with the NFL.

Do you think the USFL would still be around today if it had remained a spring league?

Yes, actually I do. Ratings and attendance were growing steadily until the league announced its intention to switch its schedule to the fall. The league could have hitched its wagons to a fledgling all-sports network called ESPN and lived happily ever after.

Your exchanges with Trump are some of the best parts of the film. Can you describe the experience of interviewing him? Did he know going in that you were going to be asking some tough questions?

Originally, Donald refused my requests for an interview, then ultimately decided he might as well add his spin. His advance person dictated that the cameras favor the right side of Trump's face (and hair), which by the way is the first time I've had that request in something like 10 thousand interviews! We decided to roll the three cameras from the time he walked in the room until the time he left. I can't tell you how much fun that was for me, watching him spin and squirm and talk in circles. He was gruff, impatient, condescending ... which I guess is to say "presidential"!

Did you have any interactions with him after the interview, or after the film aired?

Perhaps acknowledging that the interview didn't cast the candidate in the most glowing light, that same advance person came back to the interview room after Donald had left and we were packing our equipment. She asked if I'd come see Donald in his private office, which was just down the hall on the top floor of the Trump Tower. There, while signing a monstrous pile of checks, Donald laid on the charm ("so nice to see you after all these years ... you look well ... so happy for your success") and tried to convince me that he was actually the savior, not the saboteur, of the USFL.

I promised to send him a note with a rough cut of the film, so he could make his own judgment, and the rest is Page Six and TMZ history!

What do you make of what he's up to now -- claiming to be interested in running for president, questioning where President Obama was born, having combative interviews with reporters?

Has anyone seen Donald's birth certificate? His mom's from Scotland -- any truth to the rumor that she was visiting her family in Stornoway in '46 when Donald was born? No, seriously, the question should not be what's he up to -- he's a reality show host, for goodness sakes, so for him there's no such thing as bad publicity. The question should, in fact, be: Why can't the media exercise restraint in the face of a grossly manipulative and venal campaign waged by a TV personality?

Not that he'll ever actually be president, but ... do you think his USFL experience tells us anything about what kind of president he'd be?

Back in the day, my partner Gary Cohen and I used to say that when in a crisis or confronted with a tough decision, Donald was so insecure that he'd ask everyone their opinion and just follow the last person's advice. Scary, huh? But what scares me most is not Donald's inexperience or his lack of political savvy or even his reactionary views. It's his utter lack of humanity. I want my president to be, above all, a good and decent man who provides a source of hope for the country. We have one of those in the White House now. So I guess the silver lining in all of this madness is that even if Donald miraculously wins the Republican nomination in 2012, I feel confident that America will mercifully return that good and decent man to his job for four more years.