Former New Mexico Gov. Gary Johnson says he would not hesitate to appoint a Muslim to his cabinet 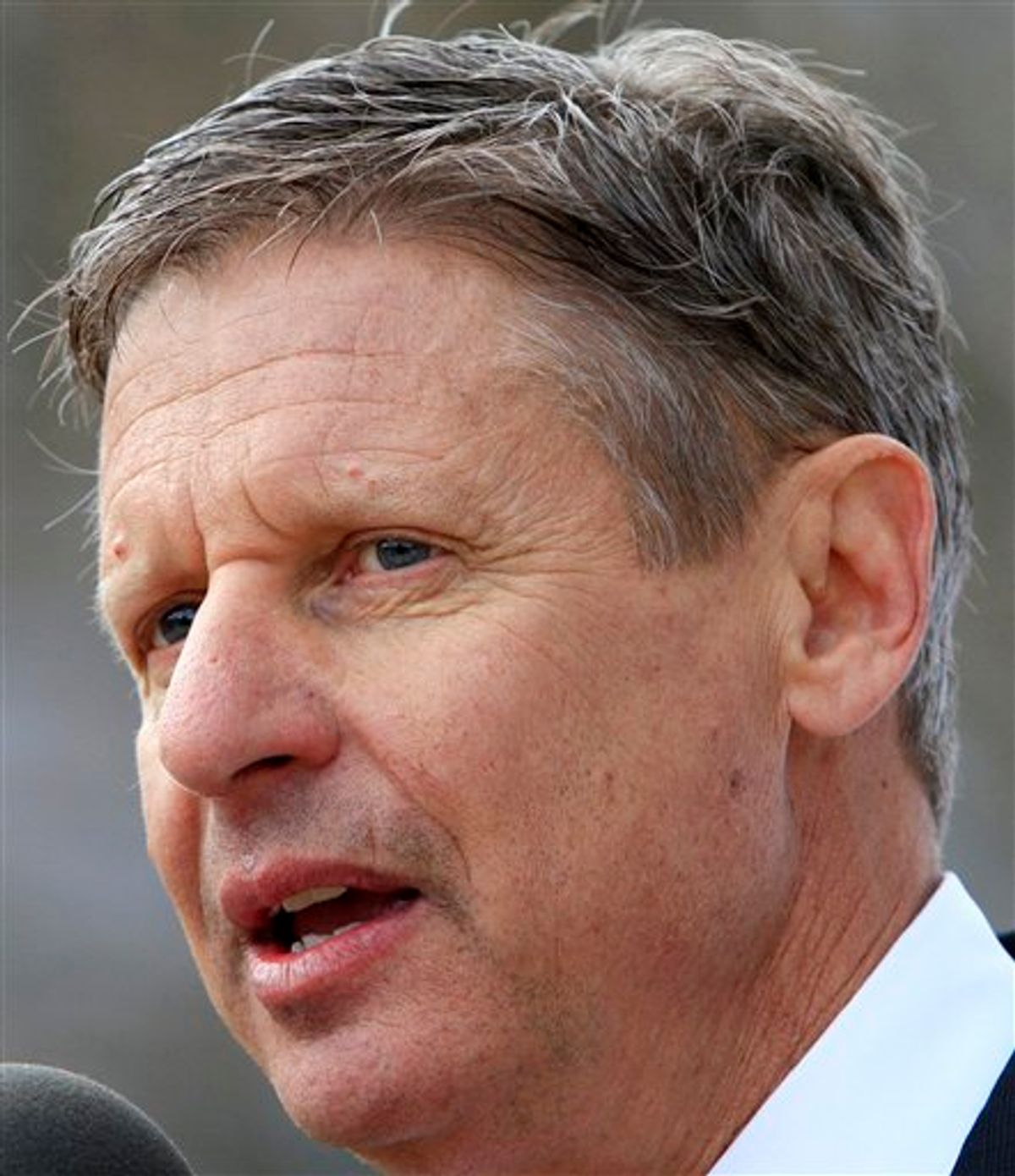 Former New Mexico Gov. Gary Johnson announces his plans to seek the Republican nomination for president in front of the Statehouse Thursday, April 21, 2011 in Concord, N.H. Johnson served as governor from 1995 through 2003. Before that, he started a one-person fix-it business that grew to 1,000 employees. He says he can fix the nation by asking two simple questions: What are we spending our money on? And what are we getting in return? (AP Photo/Jim Cole) (AP)
--

We've been putting some energy into tracking Muslim-baiting statements made by members of the GOP presidential field.

But at least one candidate, the libertarian-leaning former New Mexico Gov. Gary Johnson, is having none of it.

In an interview with Think Progress' Scott Keyes last week, Johnson distanced himself from fellow third-tier candidate Herman Cain's statement that he would not hire a Muslim to be in his cabinet.

KEYES: What do you make of this Islamophobia that we've been seeing? Do you think there's a place for it?

JOHNSON: No, I don't think there's a place for it. But in the political arena, it is a topic of debate and discussion. And I wouldn't hesitate to appoint a Muslim for a job. The basis for the job would be qualification for the job.

KEYES: Do you think Herman Cain was out of line to make that statement ?

JOHNSON: Well, I'll leave that to others to judge, but that's not a statement that I would have made.