Beware of vampire squids and their stadium schemes 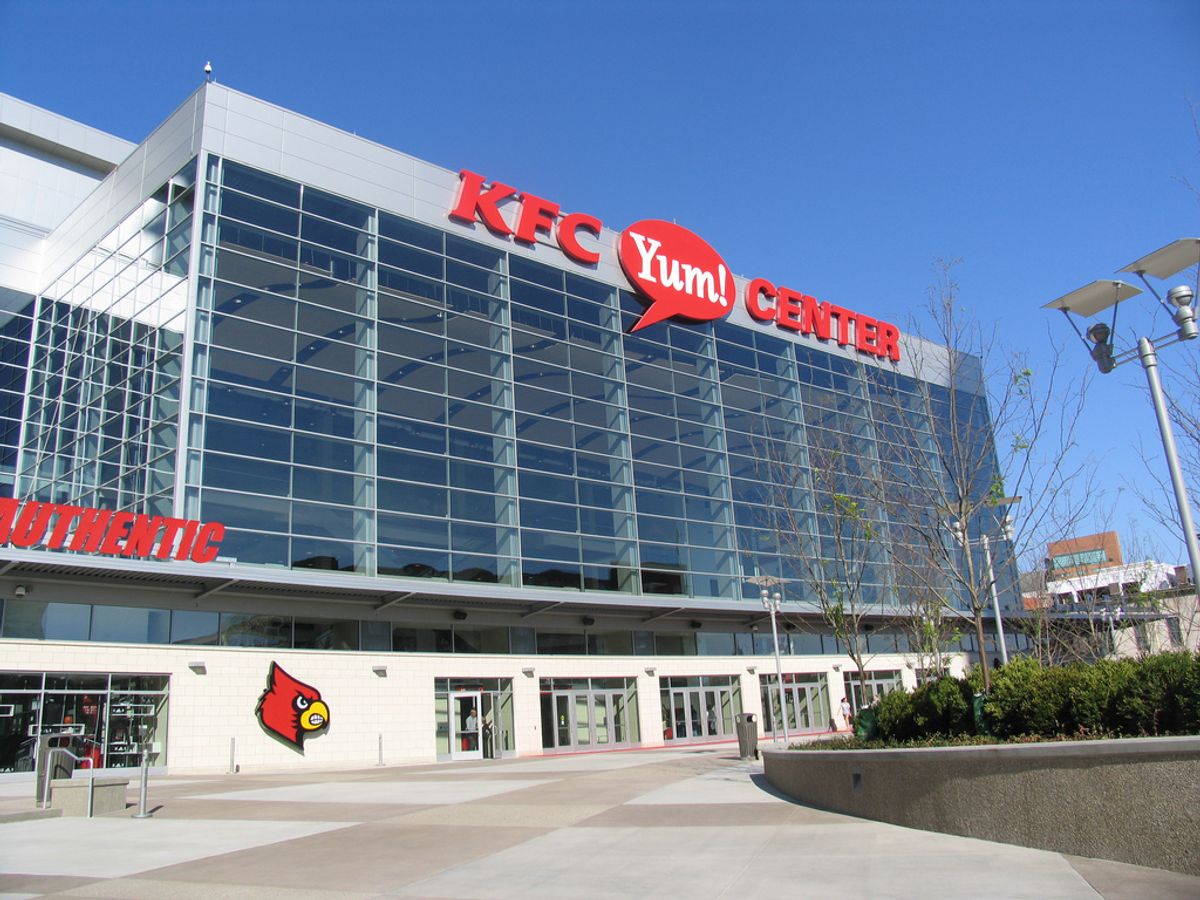 When it comes to media voyeurism and the economic insights it can provide, the ads in Vanity Fair rival Charlie Rose's television program as the best peep show of all. Between rip-and-sniff Dolce & Gabbana pages and come-hither Gucci models, readers get to see not what the kings are selling the lowly serfs, but what the royal family is telling itself.

This is why I read Vanity Fair -- its ads provide a valuable glimpse into the palace. May's edition is no exception, thanks to Goldman Sachs -- aka the investment bank at the center of Wall Street's 2008 meltdown.

On Page 123 of the glossy mag, this very same bank presents itself as the savior of one of those Middle American cities whose averageness (and baseball bats) makes it synonymous with good ol' fashioned Americana: Louisville, Ky.

As Goldman's ad tells it, Louisville's major problem was its desperate need for a new arena. That's when the bank swooped in with a "financing strategy" to build the stadium, which then supposedly led to "a vibrant downtown scene, where new businesses are opening, existing businesses are expanding and local restaurants are hiring more employees."

The ad exposes the bailed-out bank's secret fears and goals. Tarnished by SEC charges of stock fraud, Senate committee allegations of misconduct and widespread revelations about its shady business practices, Goldman wants to reassure current and potential clients that it's a straight shooter. In the Vanity Fair fable, Goldman thus casts itself as the altruistic hero, expecting readers to never Google "KFC Yum! Center," much less visit a place like Louisville, to verify the fairy tale.

It's a safe public relations wager -- but not without risk. For if you do bother to click around the Internet, you'll inevitably find that the Louisville metro area is anything but a "vibrant" picture of job growth. Today, it is suffering from an 11 percent unemployment rate -- much higher than the national rate. It's also facing a $22 million budget shortfall.

While those problems may not be the new stadium's fault, it's far from clear that the Goldman-orchestrated deal helped improve Louisville's situation. In fact, new signs suggest the real story may be less the Vanity Fair ad's hagiography than yet another warning about the dangers of relying on Wall Street and stadiums for municipal economic growth.

As the Lexington Herald-Leader reported in a September 2010 editorial titled "Arena Cautionary Tale," public revenue from the stadium "isn't living up to expectations in terms of paying off the debt incurred in building the facility." As a result, Louisville's already-strapped government "may be on the hook for an extra $3.3 million beginning in 2012."

That's because, as Goldman admits on its website, the deal was funded by a massive commitment of public revenues from taxpayers. If the arena isn't generating tax receipts committed to funding this $200-million-plus "Tax Incremental Financing" scheme, then taxpayers have to come up with that public money from somewhere else -- most likely, from cuts to social services or from tax hikes.

This is the kind of story the Vanity Fair ad is supposed to obscure -- the kind of story that got Goldman its Rolling Stone magazine billing as a "great vampire squid wrapped around the face of humanity, relentlessly jamming its blood funnel into anything that smells like money." It's a reputation the bank deserves -- one that should make every local official in America hesitate the next time that squid slithers into their town.