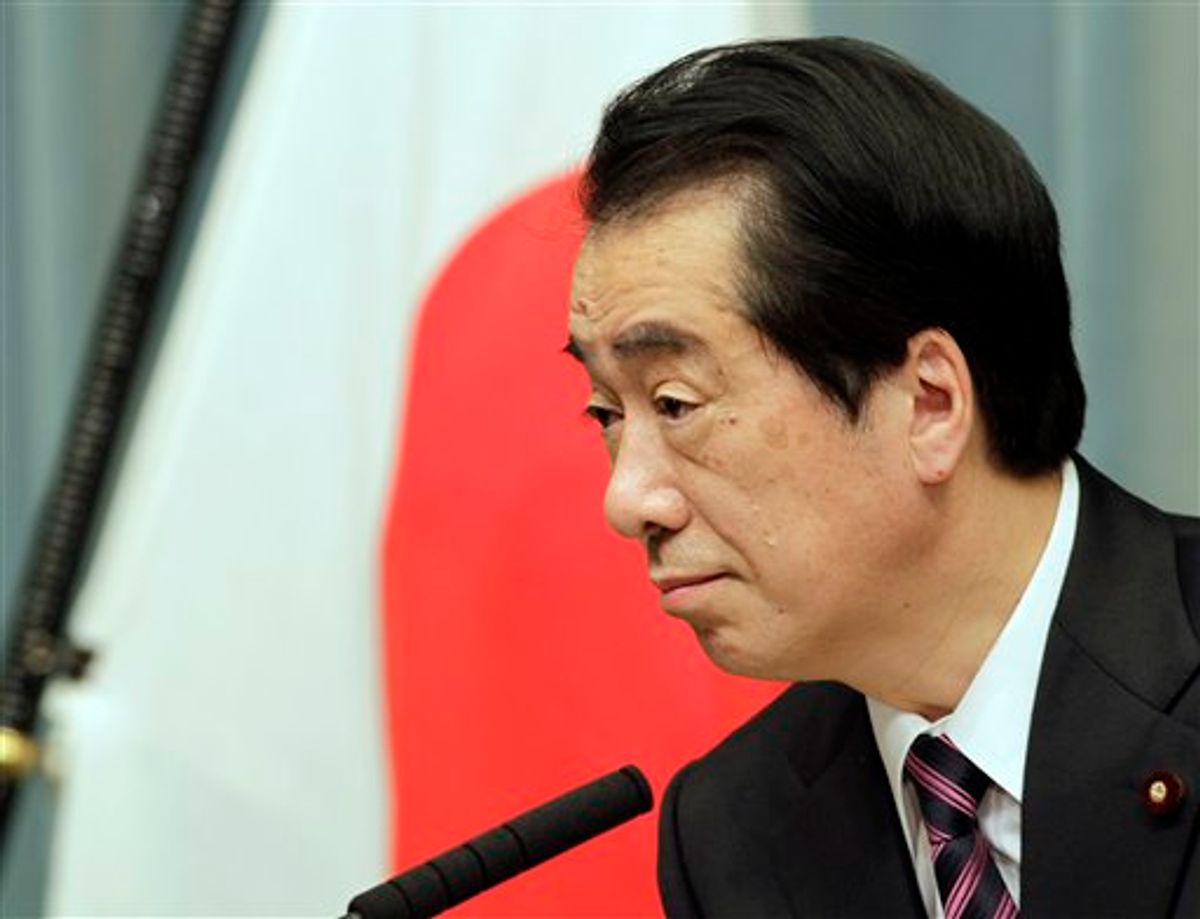 The twin disasters destroyed roads, ports, farms and homes and crippled a nuclear power plant that forced tens of thousands of more people to evacuate their houses for at least several months. The government said the damage could cost $309 billion, making it the world's most expensive natural disaster.

Prime Minister Naoto Kan said he was moved by his conversations with victims during a recent tour of shelters.

"I felt with renewed determination that we must do our best to get them back as soon as possible," he told reporters.

"This is the first step toward rebuilding Japan after the major disasters," Finance Minister Yoshihiko Noda said. Parliament is expected to approve the special budget next week.

More than 27,000 people are dead or missing after the earthquake and tsunami hit northern Japan on March 11. About 135,000 survivors are living in 2,500 shelters, and many others have moved into temporary housing or are staying with relatives.

As part of the government's recovery plan, it will build 30,000 temporary homes by the end of May and another 70,000 after that, Kan said.

Japan already was mired in a 20-year economic slowdown, Kan said, and he hoped the disaster recovery effort would help lift Japan economically. He urged Japanese to spend money during the upcoming Golden Week holidays to help spur the economy.

"People are feeling that we all must do something, and that will turn into a big strength," he said. "And it will work to help the recovery, and we will overcome both crises."

Recovery efforts have been complicated by the crisis at the Fukushima Dai-ichi nuclear power plant, which lost its power and cooling systems in the earthquake and tsunami, triggering fires, explosions and radiation leaks in the world's second-worst nuclear accident.

Plant operator Tokyo Electric Power Co., which said it will take six to nine months to bring the plant under full control, has been heavily criticized for its handling of the crisis.

TEPCO President Masataka Shimizu was received harshly when he toured a shelter of 1,600 people in Koriyama.

"How about you spend a month here?" another shouted.

"Take your nuclear energy back to Tokyo with you," a third said.

Shimizu apologized to the governor of Fukushima prefecture, Yuhei Sato, an outspoken critic of the response by the government and company to the nuclear crisis.

"No way. The resumption of nuclear power plants ... no way," he said.

The royal couple surveyed the damage along the waterfront, where blocks of concrete were jumbled by the huge waves. When told that a man died there, they showed their respects with a deep bow toward the sea. They also visited an evacuation center.

An extra 250 police were sent to man roadblocks with flashing "Off Limits" signs Friday to stop some of the 80,000 evacuees from sneaking back to homes inside the now-sealed 12-mile (20-kilometer) evacuation zone around the stricken plant.

Authorities planned to erect fences on side streets, said Fukushima police spokesman Yasunori Okazaki. The order that took effect Friday is meant to limit radiation exposure and theft in the mainly deserted zone.

Chief Cabinet Secretary Yukio Edano appealed for residents of five areas with relatively high levels of radiation outside the sealed zone to prepare for evacuation within a month.

But Norio Kanno, chief of Iitate, a village of 6,200, questioned whether everyone would be able to move in time.

"It is really vexing. Just one nuclear accident is destroying everything," he said.