Chris Hondros, RIP: How my best friend died in a combat zone

A week before he was killed, Chris and I were in Libya together. He had asked me to join him. Of course I went 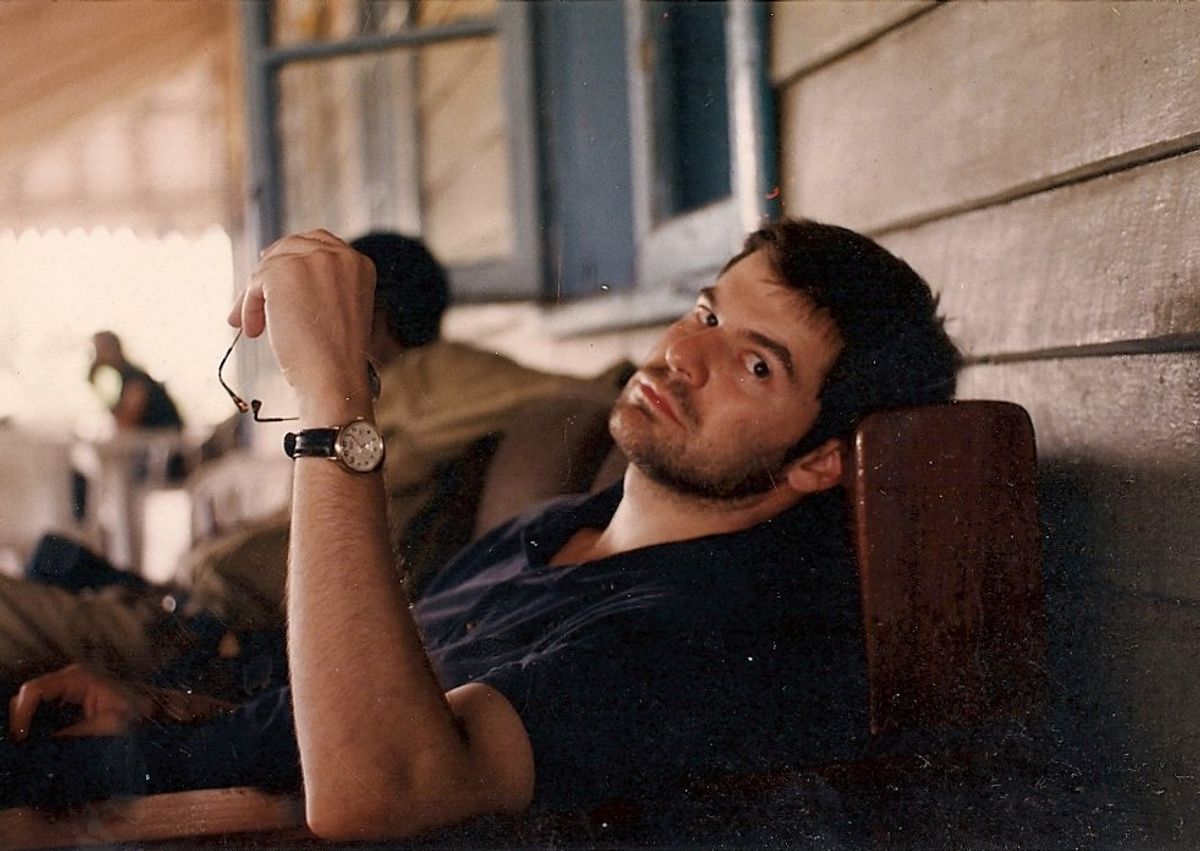 On Wednesday, my best friend, photographer Chris Hondros, died in a rocket-propelled grenade blast along with Tim Hetherington, the acclaimed director of the Oscar-nominated film "Restrepo." A week earlier, I had been in Libya with him. I was there only because Chris asked me to go.

"Libya?" he texted me on March 29, knowing that our relationship of 26 years, which began in high school, didn't require a preamble to explain what he meant. "If you can make it to Cairo, have extra flak vest. Thinking this weekend, seriously."

It had been 10 years since I covered a war -- in Sierra Leone, where Chris and I worked and lived side by side for many stressful weeks. He'd invited me a half dozen times to accompany him on assignment to Iraq and Afghanistan, but for various reasons I never went. It's hard to say why Libya was different, but it was. There was never a question of not going.

We had no illusions about how dangerous and deadly Libya is. Only weeks before, two of Chris's close friends and colleagues had been kidnapped by Gadhafi forces in separate incidents and he helped see them safely back to the United States once their releases had been negotiated. The day we arrived in Benghazi, four other journalists were nabbed by government forces and are still in custody. Even in the safest place we could find -- the hotel rooms we shared in Benghazi -- unexplained explosions and random bursts of gunfire on the streets reminded us that danger was literally around every corner.

We talked a lot about that. It's no exaggeration to say that the risks we faced were always at the top of our minds and influenced every decision we made, even whether to walk a block from the hotel for dinner or to stay indoors and order terrible room service. I try to be as smart as I can in those situations, but Chris had far more experience, so I relied heavily on his judgment. He watched out for me in little ways -- like insisting I eat breakfast, which I rarely do -- and in big ones, like making sure the flak jacket was properly adjusted.

On the front lines near Ajdabiya, Chris constantly recalibrated the relative risks of our position, a nonstop war calculus that all journalists in such situations know well. We talked about where to run in case of an artillery attack, listened carefully to our sixth senses, and kept mental tally of our positions relative to one another so we wouldn't get lost in the inevitable chaotic retreat that characterized front line engagements.

At the same time, Chris was running parallel calculations about where to be in order to properly document what we were seeing. In this, he was both patient and fearless.

"Nothing happens," he said often, "until it does."

During my time in Libya, I was profoundly proud of my friend. His reputation among his colleagues was evident with each reunion in hotel lobbies and even on the front line. His poise under fire was inspiring. The photos he produced, and the professionalism with which he carried himself while doing so, were second to none.

Since our first international reporting trip together, in Kosovo in 1999, Chris and I have had countless conversations about his hopes and dreams for his life -- in Libya, he talked nonstop about his pending wedding and his plan to start a family -- and about the risks and responsibilities of being a combat photographer. We talked about this special breed of journalism he was drawn to and how important it was to bear witness to atrocities that take place far most of the world's eyes. He believed entirely in the power of photojournalism to change the world, to enlighten hearts and minds, and to bring justice and possibly comfort to those who are suffering the most. His deepest commitment, from the very beginning, was to honor those he photographed and bear witness to their struggles. He achieved that time and again, with a degree of humanity and humility I've never found in anyone else.

In Libya, he was riding the crest of everything he'd done up to that point and working by the full flame of who he was, both professionally and personally.

I left Benghazi on Wednesday, April 13, heading for Cairo where I planned to cover expected protests in Tahrir Square on Friday. Chris and Tim saw me off from the lobby of the Ouzo Hotel, one of the central gathering places for journalists from around the globe. Tim had joined us only two days before, but we clicked right away. I gave him my flak jacket and my e-mail address when I left. He promised to use both.

In my hotel in Cairo, I saw that the Washington Post ran a stunning photo shot by my friend on the front page a few days before. It was classic Hondros, perfectly capturing both the horror and the exultation of warfare. In perfect late day lighting, Chris had caught a rocket in flight as it was fired from a truck-mounted launcher, a rebel soldier hoisting his rifle in the foreground. It was perfect, and I emailed him my congratulations.

He wrote back that he was headed for Misurata, the besieged city that was the scene of brutal, gruesome warfare. Of course I told him to be safe, but I knew that he would. For more than a decade, Chris has gone into such places with heart and passion. Nothing had happened.

Chris Hondros' photojournalism can be found on his website at ChrisHondros.com. Tim Hetherington's work can be viewed at TimHetherington.com.

Greg Campbell's new book is called "Pot, Inc.: Inside Medical Marijuana, America's Most Outlaw Industry." He is the author of "Flawless: Inside the Largest Diamond Heist in History," "Blood Diamonds: Tracing the Deadly Path of the World's Most Precious Stones" (the source material for the Leonardo DiCaprio movie of the same name) and "The Road to Kosovo: A Balkan Diary." Campbell is also an award-winning journalist whose his writing has appeared in The Wall Street Journal Magazine, The Economist, The San Francisco Times, Paris Match, and The Christian Science Monitor, among others. He lives in Fort Collins, CO.