"Moral Combat": How immoral was the Second World War? 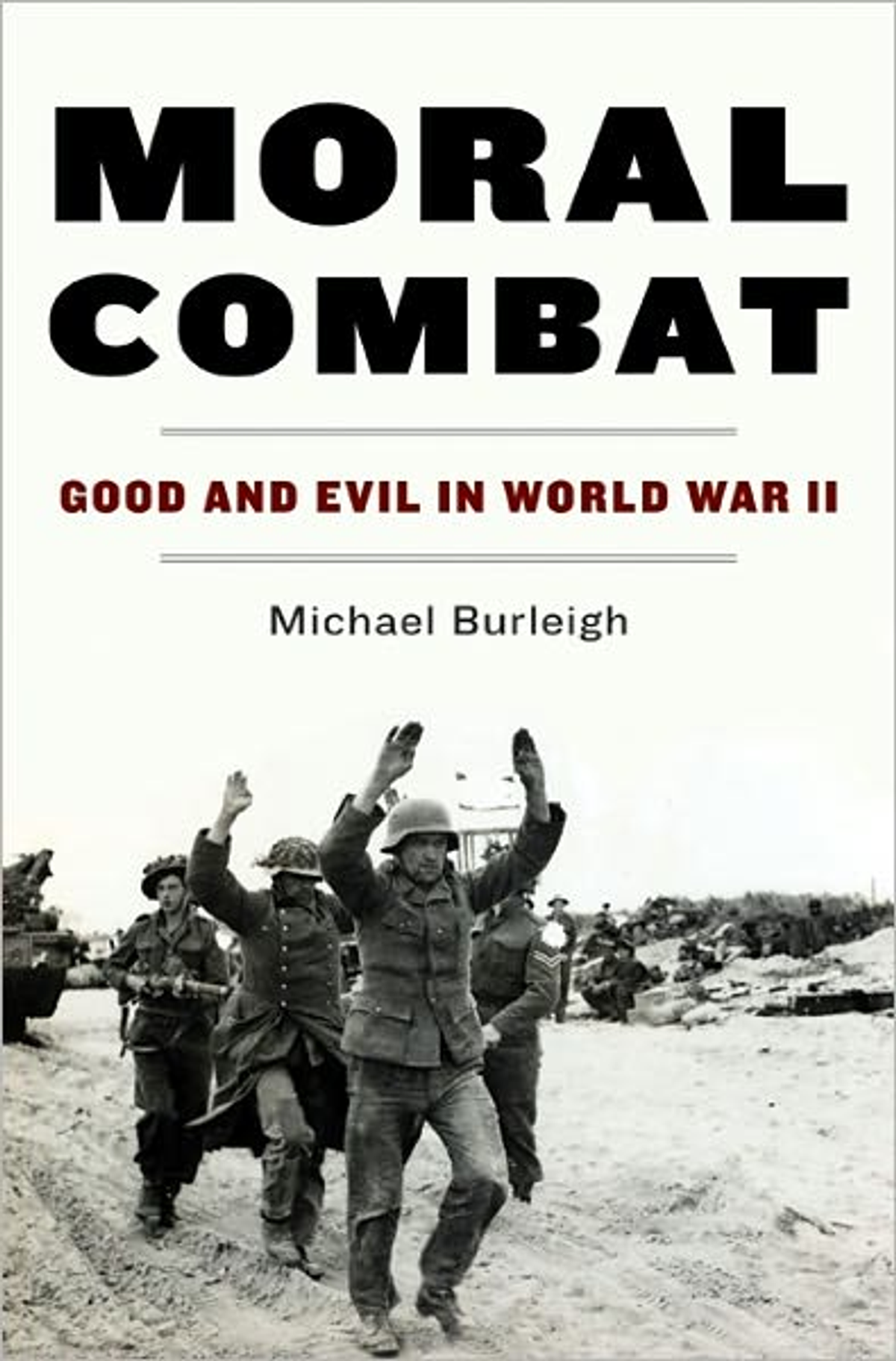 It's not uncommon for those studying or reading about World War II to ponder the question, "What would I do?" Would I have helped the Jews? Would I have dropped the atomic bomb? Would I have made a deal with Stalin? These moral questions are precisely the ones that concern Michael Burleigh, noted historian of the Third Reich, in his new book, "Moral Combat: Good and Evil in World War II". In writing what he calls "a moral history of the Second World War," Burleigh sets out to excavate the "prevailing moral sentiment of entire societies and their leaderships, and how this changed under the impact of both ideology and total war."

Burleigh's approach to the war puts the amoral policies and conduct of the Nazi and Soviet regimes front and center. His comparison of the two brilliantly delves into the mindsets that fueled their disregard for civilian lives and encouraged targeted killing based on racial criteria. He highlights the culpability of the German army, not only the SS, in the Holocaust. Officers were promoted based on body counts, while foot soldiers were told killing Jews would save German civilization -- a message reinforced by the brutal conditions of the Eastern Front. At the same time, Burleigh takes the Soviets to task for their treatment of civilian populations as the Red Army pushed the Germans back to Berlin.

He has no time for historians who want to diminish the magnitude of some crimes to elevate the criminality of others. This particularly comes out in his discussion of the Allies. He argues that the Anglo-American bombing campaign against Germany, which resulted in the firebombing of Dresden, was indeed morally defensible and not equivalent to the Holocaust, as some historians suggest. As Burleigh writes: "No serious person can compare the hard-fought bombing campaign with slaughtering innocent civilians in circumstances where the only risk the perpetrators ran was to be splashed with blood and brains in some ditch in the Ukraine."

"Moral Combat" tours the war's ethical hotspots small and large. Burleigh upholds the decision to drop atomic bombs on Hiroshima and Nagasaki, asserting that the alternative was the continuation of conventional bombing or the use of a naval blockade to starve Japan. He shows the pains that Britain's Special Operations Executive went to in order to limit civilian reprisals for its actions in Nazi-occupied territory, which only throws into sharper contrast the Nazi regime's bloodlust. Grappling with the question of the Allied bombing of Auschwitz, Burleigh wonders why the Soviets haven't been taken to task for failing to bomb the camp when it was within easy reach of their bombers.

Burleigh gives the reader plenty to chew on, but "Moral Combat "has its problems. The book is less a history of the war than a series of thematically related essays. The Pacific Theater gets short shrift, and Burleigh limits his discussion of "Resistance" to France alone. There is also no discussion of naval combat, which seems an odd omission given the Battle of the Atlantic and the centrality of naval warfare in the Pacific. He ignores the morality of Sweden and Switzerland opting to remain neutral. The book also just ends -- there is nothing resembling a conclusion, which the reader is hungry for after being ensconced in a moral morass for more than 550 pages.

Despite these complaints, there is much to appreciate. The writing is elegant, the observations incisive, and the opinions plentiful. Burleigh has an eye for evocative details and thick description that brings to life moments that might otherwise be flattened by the introduction of the ethical questions raised. Those interested in the Second World War will find it a provocative, if imperfect, companion to the operational and diplomatic accounts that already line their shelves.