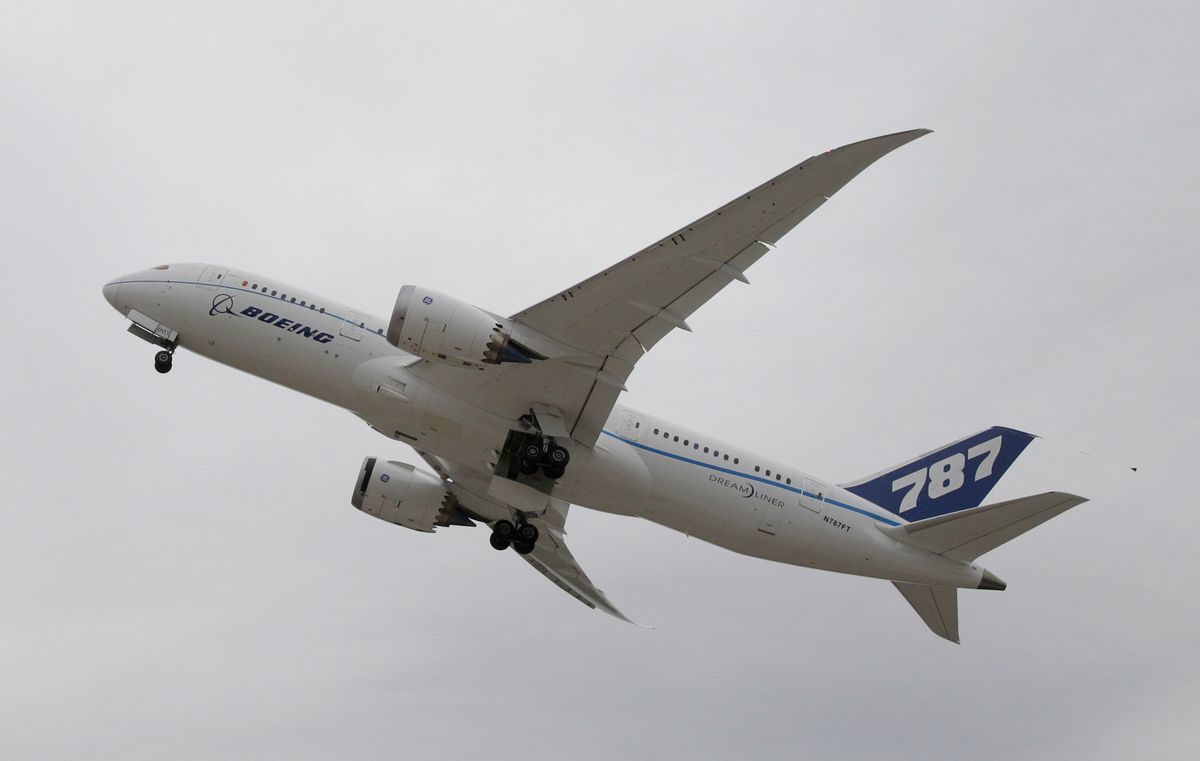 Boeings' new 787 Dreamliner sits on a tarma at a Continental Airlines hangar Thursday, Feb. 3, 2011, in Houston. The plane is one of seven test models before the first commercial planes are delivered in late 2011. (AP Photo/Pat Sullivan) (Pat Sullivan)
--

The fact that Obama's National Labor Relations Board is likely to rule in favor of unions on a wide-ranging set of issues shouldn't surprise anyone. George W. Bush's Department of Labor was notorious for its anti-union stance. Turnabout is fair play -- what's left of the labor movement is firmly in the Democratic camp, and the current NLRB panel is dominated by Democrats.

Even so, last week's decision that Boeing had violated the National Labor Relations Act by moving airline production from a union plant in Washington to a nonunion plant in South Carolina seems, on the face of it, like a pretty big deal. As Steven Greenhouse reports in the New York Times, this isn't small potatoes: Boeing invested $2 billion in the South Carolina plant and hired 1,000 workers.

But if the NLRB wins its case, Boeing will have to move production back to Puget Sound! South Carolina politicians are in an uproar; Gov. Nikki Haley is demanding that Republican candidates for president immediately start making a big deal of the Obama administration's supposed union-favoritism.

As far as the NLRB is concerned, Boeing broke the law.

Boeing executives had publicly said they were making the move to avoid the kind of strikes the airplane maker had repeatedly faced in Washington; Lafe Solomon, the labor board's acting general counsel, said the company's motive constituted illegal retaliation against workers for exercising their right to strike ...

Mr. Solomon, who has worked for board members of both parties, said this case was straightforward: Boeing had retaliated against workers for exercising their federally protected right to strike. "They had a consistent message that they were doing this to punish their employees for having struck and having the power to strike in the future," he said. "I can't not issue a complaint in the face of such evidence."

The intriguing thing about this story is the impression delivered that if Boeing executives had not publicly announced that they were attempting to avoid strikes, the company would have been in the clear. Because, of course, ever since the Taft-Hartley Act of 1947 allowed states to pass "right to work" laws outlawing "union shops" in which all workers were required to join a union, firms have been merrily moving to right-to-work states precisely in order to benefit from weaker unions. It's one big reason for Rust Belt decline and Sun Belt ascendance. The executives responsible for relocation decisions may not have been as explicit as Boeing, but given the choice between higher paid organized union workers and lower-paid labor in states staunchly opposed to unions, the motive seems pretty clear.

Placed in the proper historical context, the Boeing-NLRB spat seems like a skirmish fought long after the war has already ended.

But who knows? Perhaps the pendulum is finally beginning to swing the other way. The ongoing drama in Wisconsin, where a flood of recall elections will decisively tell us what voters in that state think of Gov. Scott Walker's anti-union policies, will certainly influence the course of the next presidential campaign. If Republicans do make a big deal of Obama's "labor friendliness" in 2012, and he wins, maybe Americans will prove themselves ready for a strong labor movement, all over again.