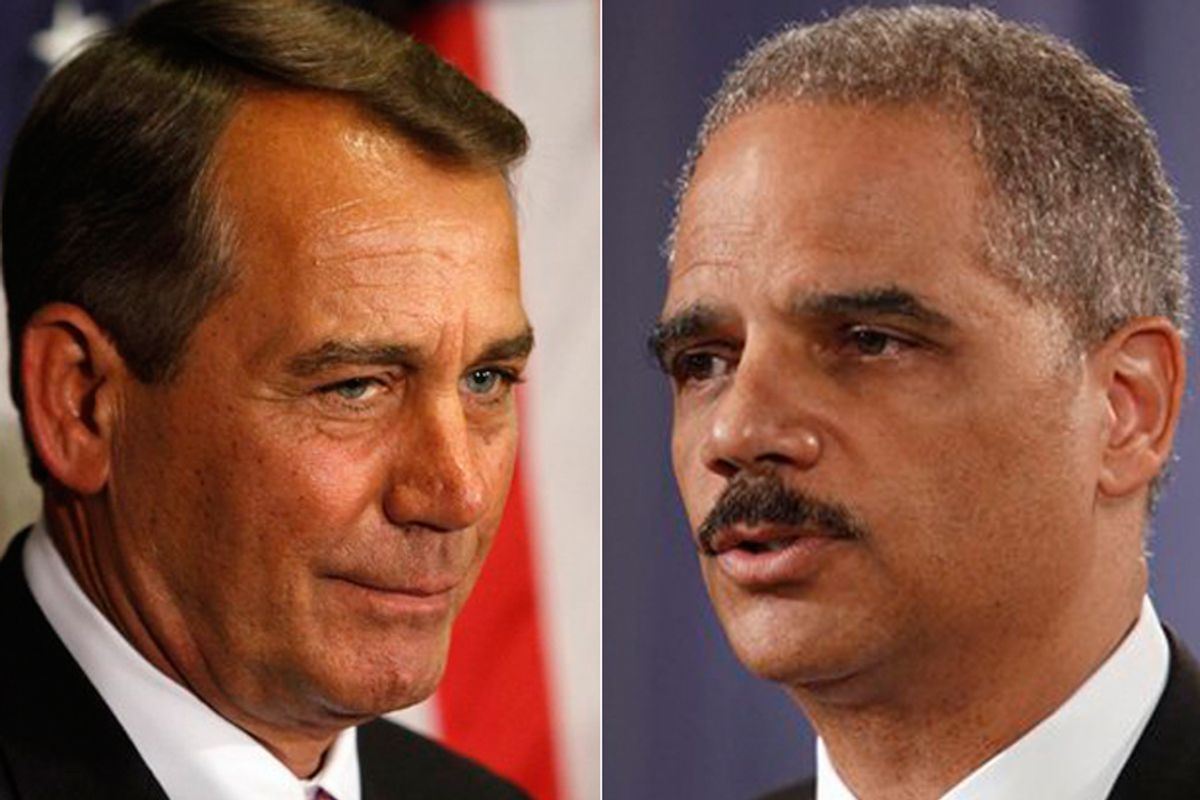 Earlier this year, Barack Obama's Justice Department announced that it would not defend the Defense of Marriage Act in court, because they had decided that Section 3 of the law is unconstitutional. With two separate challenges to the law pending in federal court and the government no longer defending it, the law's provision barring federal recognition of same-sex marriages could be struck down. In order to protect the sanctity of opposite-marriage, House Speaker John Boehner announced that the House of Representatives would defend the law in court. So it hired a fancy -- and pricey -- law firm. But today, the firm dropped the case.

King and Spalding released a statement announcing its decision:

Today the firm filed a motion to withdraw from its engagement to represent the Bipartisan Legal Advisory Group of the House of Representatives on the constitutional issues regarding Section III of the 1996 Defense of Marriage Act. Last week we worked diligently through the process required for withdrawal.

In reviewing this assignment further, I determined that the process used for vetting this engagement was inadequate. Ultimately I am responsible for any mistakes that occurred and apologize for the challenges this may have created.

I'm sure the House will be able to find a new lawyer, but this decision seems to indicate that it might have trouble finding a good lawyer. Any firm that takes the case will be subject to protests and will be defending a position that a growing majority of Americans reject. House Republicans required that King and Spalding employees not personally advocate against DOMA, which would probably dissuade other major firms from taking the case. The most prominent and successful Republican attorney in the nation believes in a right to same-sex marriage. Though Larry Klayman is probably available!

Or maybe the House can stick with its current lawyer? Paul Clement, the former Bush solicitor general who was to lead the defense of DOMA, has resigned from King and Spalding in protest of its decision. He will join "Bancroft PLLC, a small Washington-based firm that is home to former Bush Justice Department official Viet Dinh." That's the guy who wrote the Patriot Act!