The newest Wikileaks trove reveals classified information about the prison's inmates. Here's what you need to know 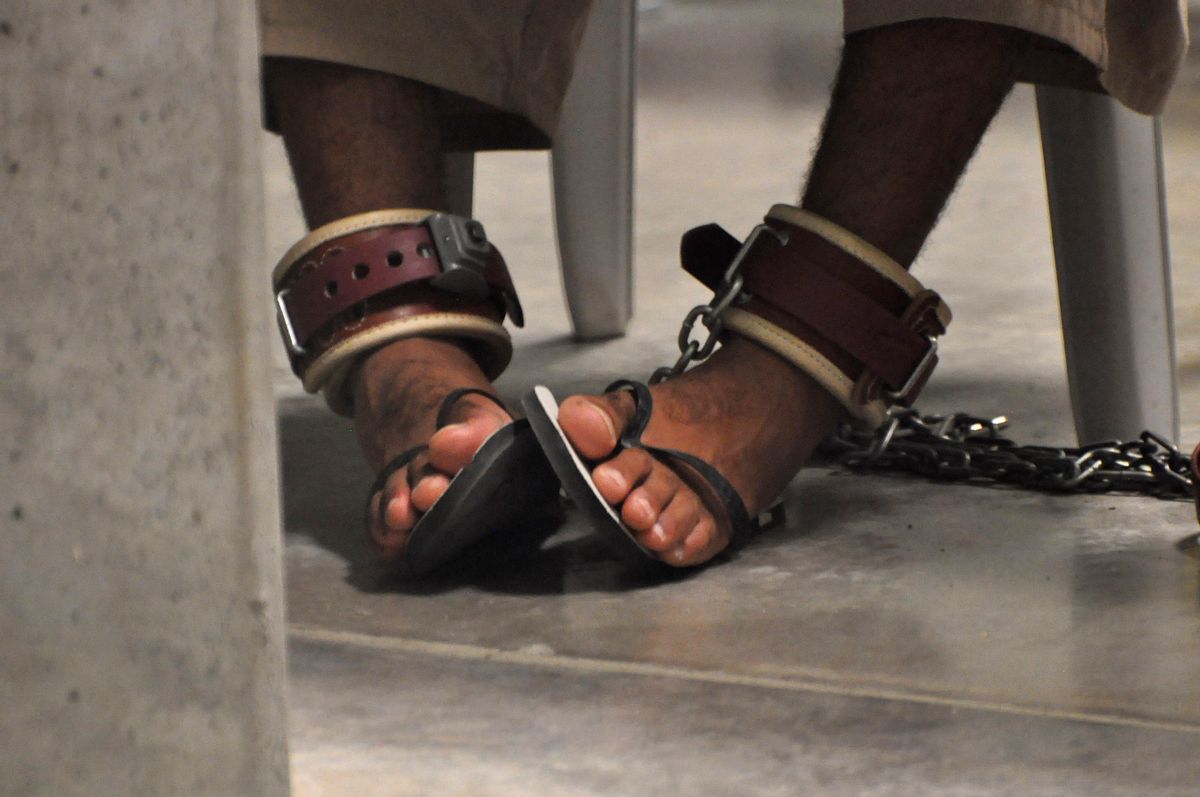 We wake up Monday to another batch of leaked, classified documents, and some of the most indicting yet: The Guantanamo files. The cache, leaked to Wikileaks, provides intelligence assessments of 759 of the 779 prisoners held at Gitmo.

These dossiers, penned between 2002 and 2009, contain prisoner assessments (by the U.S. Joint Task Force at Guantanamo Bay) and recommendations about whether the prisoners in question should continue to be held, or should be released, or transferred to their home governments or to other governments.

The military memos, obtained by the New York Times, the Guardian, NPR and other outlets, reveal many captives were held at Gitmo for years on very weak grounds, or on evidence extracted through torture and maltreatment, alongside prisoners considered "high risk."

Media outlets will be sifting the information trove for days to come. As of Monday morning, a number of important stories have already emerged from the documents, allegedly leaked by Bradley Manning.

The Guardian, which offers an easy-to-navigate interface for readers to browse the documents themselves, as well as a live blog on the leaks throughout the day, highlights the following discoveries:

The New York Times offers perhaps the fullest account of the flawed nature of the systems used to judge a prisoner's risk level:

"[The dossiers] show that the United States has imprisoned hundreds of men for years without trial based on a difficult and strikingly subjective evaluation of who they were, what they had done in the past and what they might do in the future. The 704 assessment documents use the word “possibly” 387 times, “unknown” 188 times and “deceptive” 85 times.

Viewed with judges’ rulings on legal challenges by detainees, the documents reveal that the analysts sometimes ignored serious flaws in the evidence — for example, that the information came from other detainees whose mental illness made them unreliable. Some assessments quote witnesses who say they saw a detainee at a camp run by Al Qaeda but omit the witnesses’ record of falsehood or misidentification. They include detainees’ admissions without acknowledging other government documents that show the statements were later withdrawn, often attributed to abusive treatment or torture."

Risk was sometimes assessed using "the flimsiest" details, we learn: "If a prisoner had a Casio F91W watch, it might be an indication he had attended a Qaeda bomb-making course where such watches were handed out — though that model is sold around the world to this day... A prisoner caught without travel documents? It might mean he had been trained to discard them to make identification harder... A detainee who claimed to be a simple farmer or a cook, or in the honey business or searching for a wife? Those were common Taliban and Qaeda cover stories, the analysts were told."

The Times also reported on how a one-time Guantanamo detainee, believed to have been a member of Al-Qaeda and whose release was judged to be "medium to high" risk, was "a notable figure in the Libyan rebels’ fight."

A note on proliferation: The Guardian, The New York Times and NPR bypassed WikiLeaks to get to the cache. A secret undisclosed source passed the leaks to the Times, who in turn passed them to NPR and the The Guardian. According to Business Insider: "The NYT et al. managed to scoop WikiLeaks and the media outlets it had shared the documents with -- including the Washington Post and the McClatchy group -- by going live last night ahead of the embargo, leaving everyone else scrambling to catch up." The Huffington Post's Michael Calderone details the race to obtain and release the files.

We will be keeping an eye on the Guantanamo Files coverage and duly passing on the big stories as the emerge.