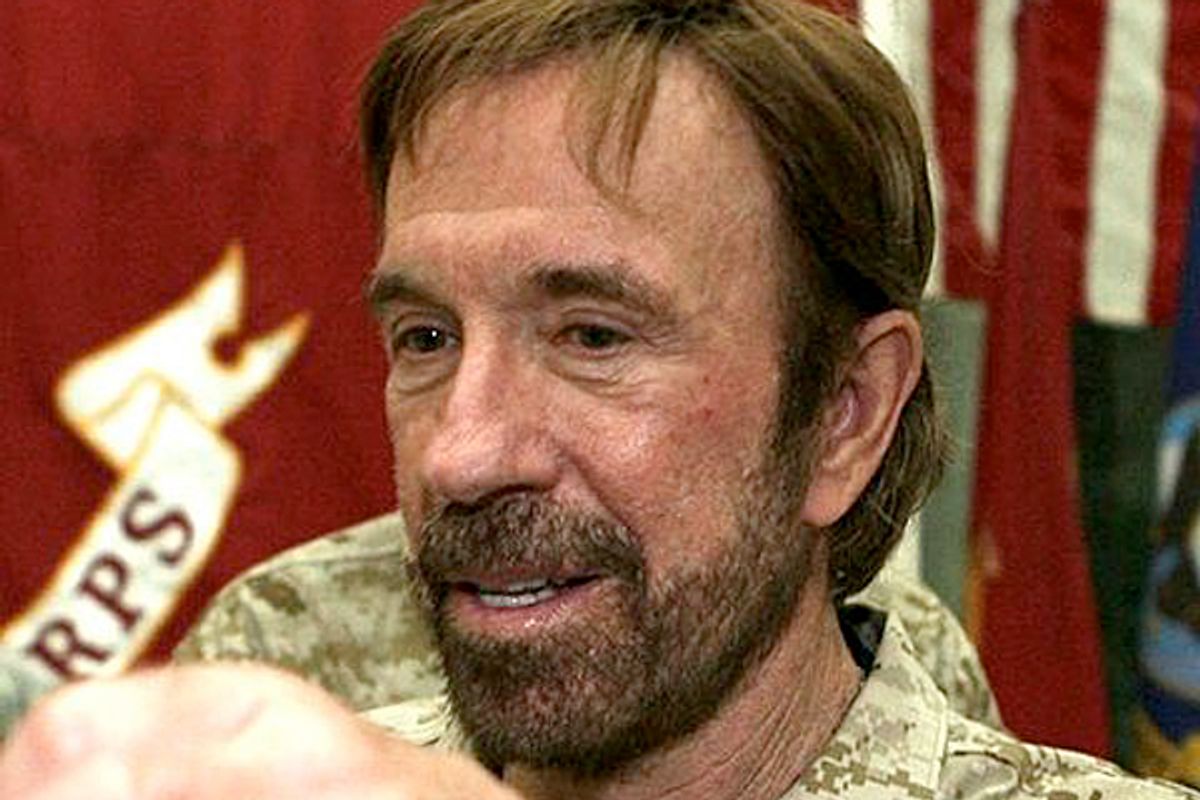 Here is a "Chuck Norris fact," for you: He is a plagiarist. The famous kick-boxing B-movie and television star is also a respected right-wing commentator, despite the fact that he is famous solely for kicking. He writes a column for famously ridiculous right-wing conspiracy website WorldNetDaily.

Wonkette caught him plagiarizing Fox News and the right-wing Middle East Quarterly in yesterday's column on the Sharia menace, then went back and noted multimple instances of pretty blatant lifting of material from sources without attribution in other recent Norris columns. This is maybe why we shouldn't ask famous kickers-of-other-people to write so many political columns, every week. It's hard!