Why airports' "liquid and gels" rules are absurd

Once again, I'm reminded how the TSA focuses on nitpicky rules at the expense of actual security 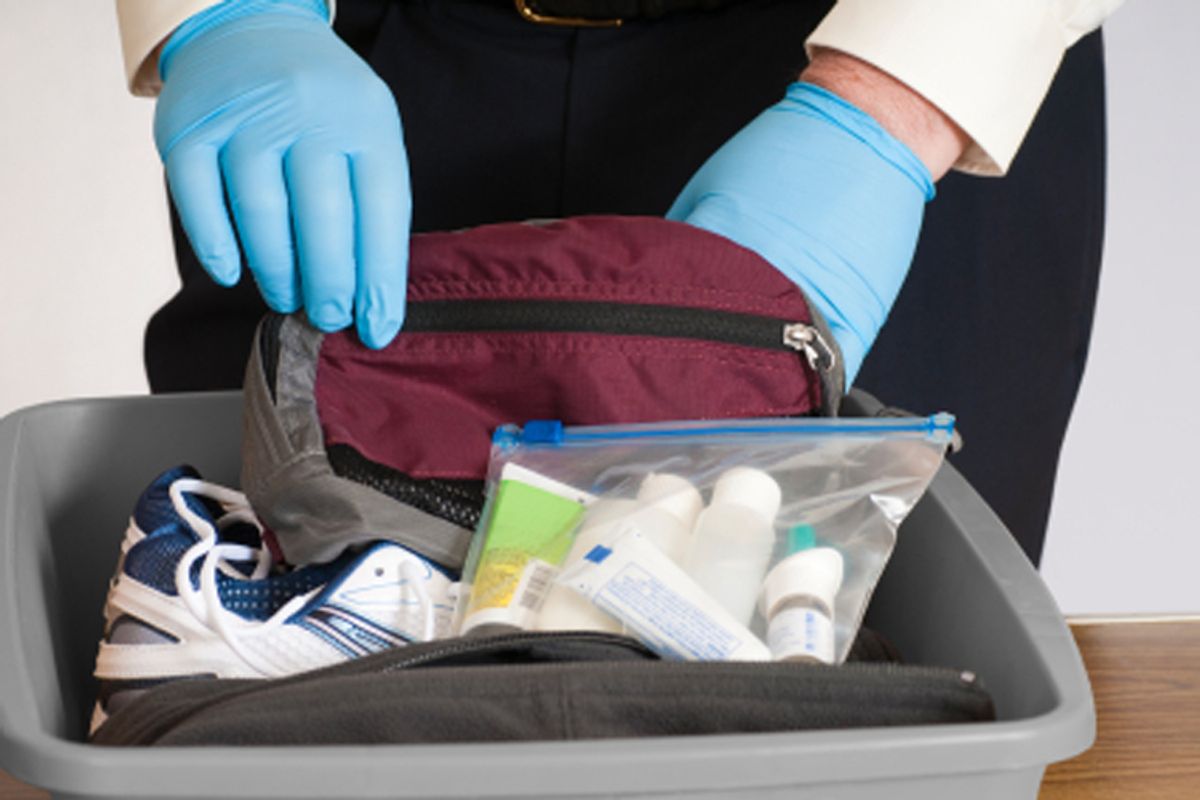 As of yesterday, the last thing I had in mind was another airport security rant. But you know how these things go. Just when you think you've seen the worst, you encounter something so head-spinningly stupid that you feel compelled, even obligated, to write about it.

The safety-scissors incident in Bangkok was depressing enough.

My carry-on goes through the scanner and comes out the other side. One of the guards squints at his monitor, then shoots me a hostile look. What's this, no plastic baggie? He pulls my luggage aside, opens it, and asks me to repack my liquids and gels "the right way."

I do as he wants. When I'm finished, I hand him the baggie so he can run the items through again.

To my surprise, he won't take them. "No," he says. "Just put them in your suitcase and go."

"Just put them in your suitcase and go."

I look at him for a minute. Apparently my having to repack them was a punishment exercise? All right, fine. Lesson learned, I unzip the approved, one-quart zip-top bag, and begin to dump the containers back into my toiletries kit.

"No!" interjects the guard. "Leave them in the plastic!"

"You have to leave them in the plastic bag!"

"But I'm already through the checkpoint. You already screened them."

He shrugs. "They need to stay in the bag."

"They need to stay in the bag. You should know better."

He was not giving in. And so I tucked away the baggie full of liquids and walked off, puzzled and annoyed.

The purpose of having your containers sequestered is to make it easier for the screeners to inspect them. What you do with them before or after the X-ray machine is nobody's business. The guard had the right to have me repack them, but only for the purposes of putting them through the scanner -- which he didn't do. There is no requirement to have your items in a baggie anywhere other than at the inspection point -- not in the terminal, not on the plane, not in your bathroom and not in your car. Even if such a rule had a useful purpose, all a person would need to do is duck away, open up his luggage, and rearrange the liquids and gels any way he sees fit.

Which is exactly what I did. I took 15 steps, unzipped my suitcase and emptied the containers into my toiletries bag the way they were originally.

The three-ounce container and baggie policy is, to begin with, mostly a waste of time. For starters, experts have pointed out the extreme difficulty any saboteur would have in concocting the types of liquid explosives that the rules are meant to thwart. Then, explain the logic of why passengers cannot travel with a 10-ounce bottle of liquid, yet five or more three-ounce bottles is no problem. Contact lens solution, any size, that's OK, too. And baby formula, however much you need. I never realized terrorists were that stupid. On one hand we give our enemies all the credit in the world -- patting down pilots and requiring toddlers to take their shoes off, for instance -- yet we hardly hesitate in offering up the loopholes big enough to steer a 767 through.

But that's not even the issue. The issue is that airport security has become preoccupied with nitpicky rules and protocols at the expense of actual security. I'm reminded of the line in the documentary "Please Remove Your Shoes," spoken by FAA security agent Steve Elson. "They focus on all kinds of minutiae and crap," Elson says of TSA, "rather than the items they need to."

Are we looking for liquids, or are we looking for explosives? A search for the former is not a de facto search for the latter. Not the way we’ve been doing it. Steve Elson tells the story of a test in which TSA screeners are presented with a suitcase containing a mock explosive device with a water bottle nestled next to it. They ferret out the water, of course, while the bomb goes sailing through.

Is this a drum worth beating? I'm not sure anymore. In the United States alone, more than 2 million people fly every day, subject to all manner of tedium and humiliation, yet there is virtually no protest either from citizens or their leaders. Certainly there is no political will to get things changed. People grumble, shake their heads, and move along in a woozy capitulation to a security apparatus that is both repressive and ineffective.

This will continue, presumably, until disaster strikes, at which point the screams for accountability will be shrill and righteous and entirely too late.

Separately, perhaps, from all of this, we need to acknowledge the reality, however unfortunate, that no amount of airport security is going to stop a terrorist who is clever and resourceful enough. There will always be a way to circumvent whatever measures we put in place, no matter how draconian. What "airport security" really means is stopping terrorists in the planning stage, long before they reach the terminal. We should also acknowledge the fact that TSA does a lot of good and effective work. Most of that work, though, takes place out of view, and does not excuse the rest of it. Too much of what we see in front of us, there on the concourse, remains a farce.