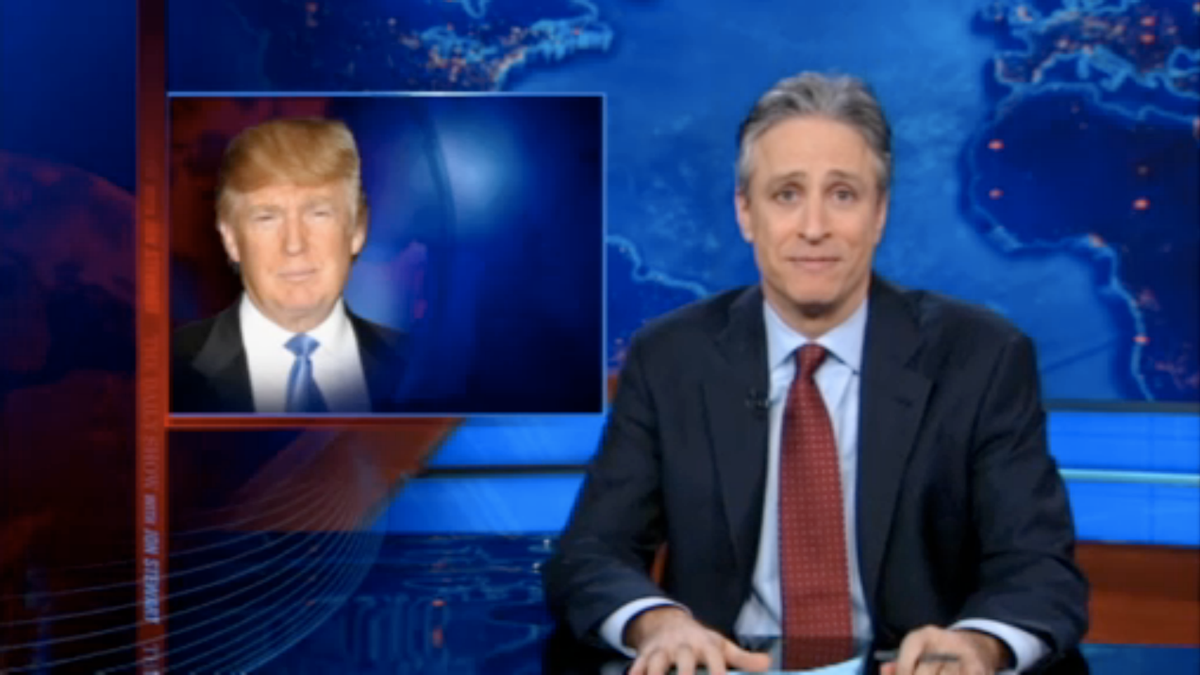 Anyone turning on a TV set in the past few weeks has overdosed on Donald Trump, as network- and cable-news channels just won't stop playing host to America's least serious presidential candidate. While Trump may lead the GOP pack in early opinion polls -- something commentators are quick to point out -- Jon Stewart wryly notes that if early polls were any judge, we might be living through the first term of Rudy Giuliani right now.