The hippie festival that changed my life

The Georgia gathering was the first place I got stoned. But what really blew my mind was Jimi Hendrix 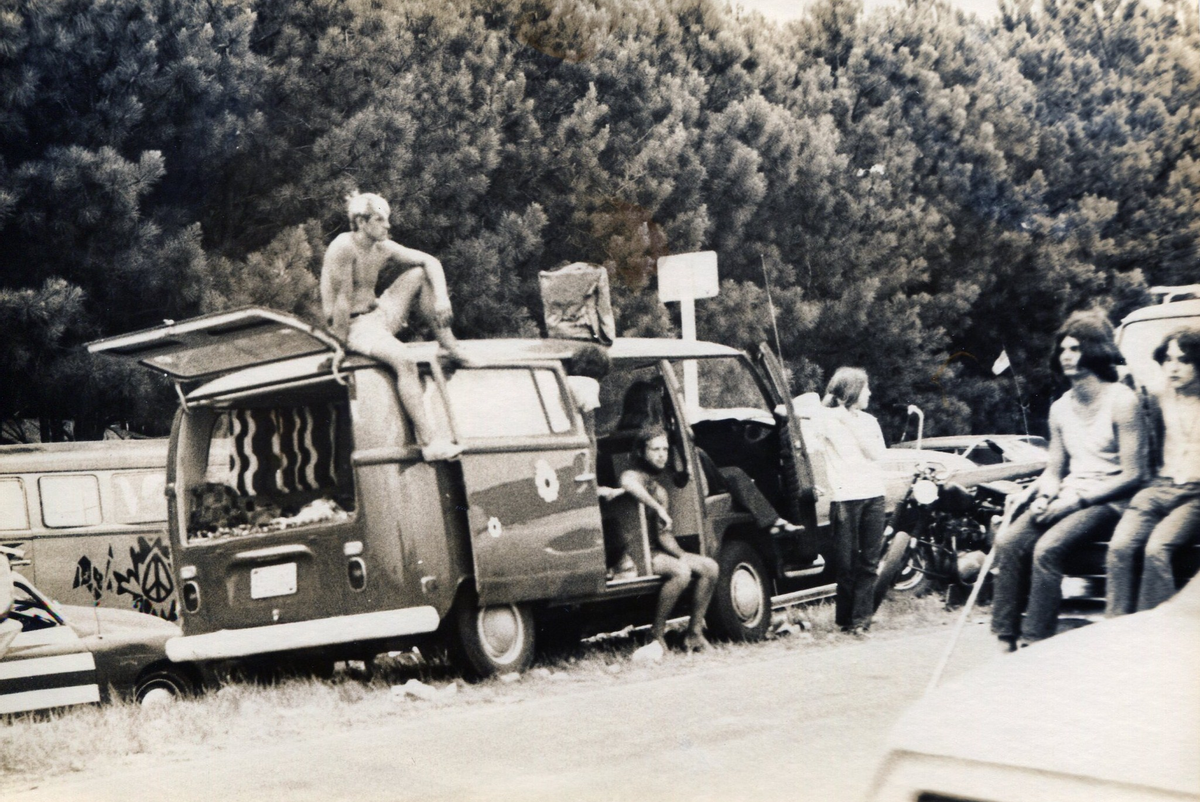 At the 1970 Atlanta International Pop Festival
--

It was 1970. I was 17, kind of a straight kid, with hair a little over my ears, just enough so you knew I wasn't a football player. But my younger brother, Alan, did have long hair. He smoked pot, and hung out with a bunch of ne'er-do-well hippies who listened to Led Zeppelin real loud in a neighborhood kid's basement. And Alan had a plan.

We both had watched in awe the previous year as seemingly every young person in the country (except us) had gathered in tribal bliss at Woodstock, and we cursed our bad fortune that we had parents too stodgy to let us go. But even so, I still thought Alan was crazy when he proposed that we drive down to the Atlanta Pop Festival the following summer in my little gray Peugeot.

First of all, the Peugeot was an old French import my dad had bought from one of his friends for $75, a good car for rocketing around the neighborhood, but not great for a 900-mile road trip. And second, I was pretty conservative, not given to wild bursts of spontaneity. But bit by bit, my brother wore me down, and as the fourth of July weekend approached, we conned my parents with a story about going camping in the mountains, and hit the road south.

Another kid from the neighborhood, Chip, came along with us at the last minute. We drove all day, and slept in the car at night surrounded by cornfields. We blew a hose on the radiator, but were able to get it fixed somehow.

Finally we arrived in Byron, Ga, in an endless lineup of cars trying to get into the festival site. One two-lane road led into an area lined with pine trees that may have been a nice campground before it got infested with hippies. Long haired kids in blue jeans and fringes and swim suits, smoking joints and drinking beer, rode on top of the cars as we slowly made our way in. We found a place between two trees and pitched our tent, and then just wandered around looking at the parade. The ditches at the side of the road were already filled with the detritus of mind-altering substances: plastic baggies, empty liquor and pill bottles. It was very hot, and dust blew through the campsite as the constant line of traffic went by on the dirt road.

We hopped up on a passing car, and a pretty girl passed me a joint. I had never smoked pot, but right then it seemed like the thing to do. We rode over to where a mob of kids had taken over someone's lake. I watched with my mouth hanging open as naked couples rode down a water slide in indelicate positions.

Some of the same acts that had played at Woodstock were there at the Atlanta Pop Festival. I remember seeing Grand Funk Railroad (Mark Farner took his shirt off) and Ten Years After (Goin' Home!), but the thing that really blew my mind was standing at the lip of the stage, stoned, on the Fourth of July, as fireworks went off and Jimi Hendrix played his "Star Spangled Banner." That really made an impression on me, and I knew in that moment that someday I was going to stand on a stage and play guitar too.

Somehow, we survived and made it home from Atlanta. A few years later, my brother Alan straightened up his act, went to school, and opened his own photography business. Chip joined the Pagans motorcycle gang and was run over by a semi truck in the Baltimore tunnel.

I bought an electric guitar, and became a musician.

Frank Michels is a songwriter, musician and producer in Nashville, Tennessee.