Secrets of the professional wrestling world 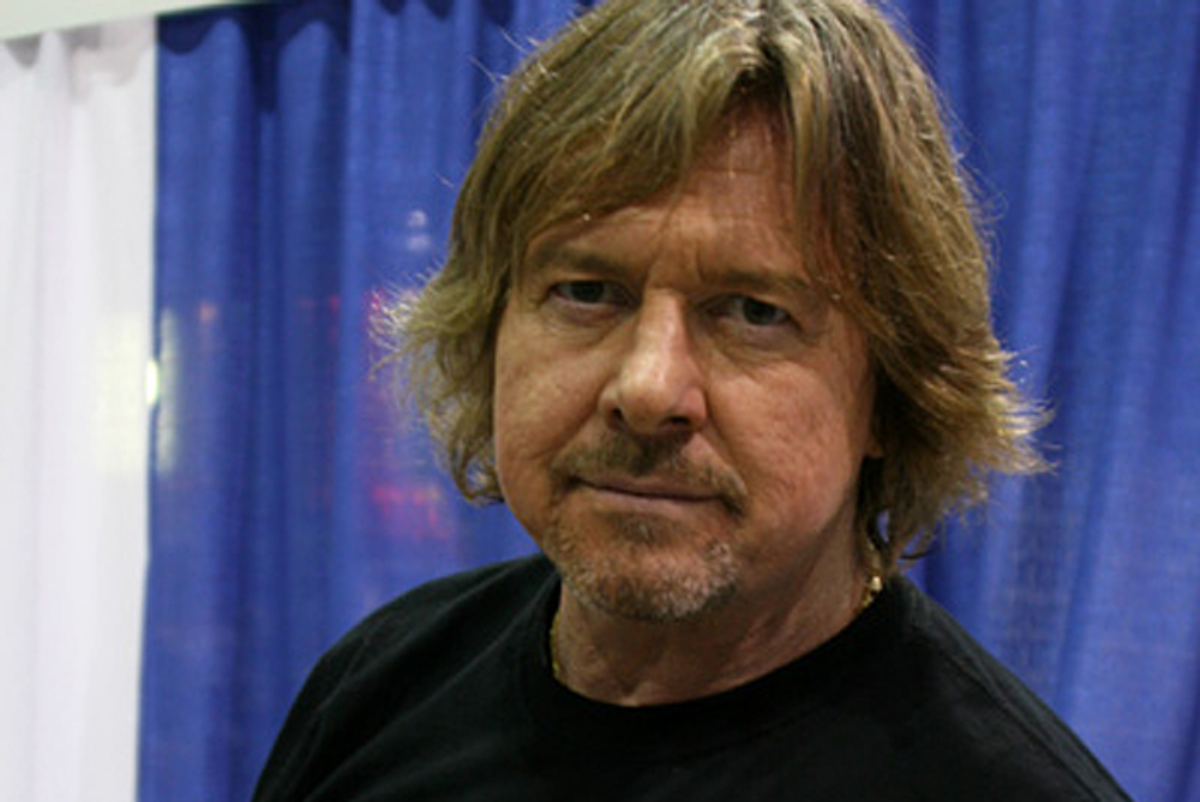 Rowdy Roddy Piper is known for a lot of things: wearing a kilt, playing a key role in the very first Wrestlemania, starring in John Carpenter's anti-Reagan film "They Live," and coming up with one of the most memorable one-liners in 1980s movie history: "I have come here to chew bubblegum and kick ass -- and I'm all out of bubble gum." In the process, he has become a full-fledged pop culture icon -- one that transcends taxonomy. During his new stand-up comedy tour's stop in Denver, he visited my KKZN-AM 760 morning show to discuss the legacy of the WWE, whether the film "The Wrestler" was accurate, and whether or not he'll star in a sequel of "They Live." Here's an edited transcript of our interview- - you can podcast the full discussion here.

How did you get into pro wrestling?

In 1969 I was 15 years old. I had left home at 13. I used to play my bagpipes on the street for quarters to get into youth hostels. [At one YMCA in Winnipeg, Canada,] I started amateur wrestling and boxing. And one time somebody just didn't show up at the Winnipeg arena. And they needed an opponent. And my amateur wrestling coach knew the trouble I was in --  and he said, "I'll give you 25 bucks to fight this guy." I'd never seen a pro wrestling match before.

So I said, "Twenty-five bucks? Sure." I didn't know what I was getting into. The guy that I fought in my first match, do you remember a guy named Mr. Perfect? It was his dad. I lost in 10 seconds. This guy looked at this kid coming in with bagpipes, upstaging him. He said, "I'm just gonna eat him up." And that's what he did. And [these were] the instructions that I got from the promoter: "Just be like a Greyhound bus and leave the driving to us." And for the next four years I never stopped. And for the next four years I got beat up every night.

What was the process by which pro wrestling became more of a show and less of an actual competition?

I think that once the very first Wrestlemania hit. That's when more of the entertainment came in, because Billy Martin, Liberace, the Rock Cats, Frank Sinatra was there ... It became more celebrity-ridden -- Cyndi Lauper, of course -- at that time.

Was there a script that you guys would read off of?

No. For me the first four years, I didn't need to find out what was going on. I knew I was going to get my butt kicked. I suppose it was fixed because I couldn't beat anyone.

You were like Jim Power. Jim Power always got his ass kicked.

Yes, absolutely! I was a weaker form of Jim Power. Jim Power's a good guy.

But there must have been a script that said, like, Hulk has to win...

[The result of a match] is a given but how you get [there], you're on your own. Once I get in the ring, then it's an art, it's a craft. How I get to [the end], and how I take you there, every night's different. Because I never know. So in that comes the talent, the athletic ability ... Dragging Hogan's butt around every Saturday for your entertainment was hard.

I'm sure it was! But what you're saying is there may have been a predetermined outcome, but how you actually get there...

That's up to you! That's what made you, you.

Pro wrestling is something that didn't get a lot of critical acclaim but has become a very important part of our culture. What do you think pro wrestling has come to represent? What do you get back from fans most?

These are questions I don't get all the time, and I love them, because I have strong thoughts on them. I've had autograph lines where I've had five generations of people, from the same family, in the line. That's the best I've done. When people come up, they shake. They cry. Because I'm not a movie actor. I really fought 7,000 guys. And the folks came and watched it, and they know -- whatever you want to say about that -- it's really hard to do. In the mid-'80s it raised, and it still does raise, a deep-seeded basic [question of] good and evil ... Pro wrestling is the purest form of art there is.

If wrestling is fundamentally about good versus bad, in the 1980s it made a lot of the bad guys minorities -- the Iron Sheik, the Junkyard Dog, for instance. Do you think there was any downside to using those cartoonish representations and stereotypes that now stick with us today?

I think we had 444 hostages at that time when the Iron Sheik was big. Did we take advantage of opportunity? Yes. When you break it down like that, that's a really good point. And my business is a nasty business. We do exploit what's going on at the time. Is it good for kids to see that? I've never been asked that. I think as you're growing up, you can look back at the Iron Sheik and you can make that calculation ... but at the time as a kid did you hate the Iron Sheik? Yeah, and you know what? We should have, because they had 444 of our people.

The film "The Wrestler" painted a very bleak picture of the wrestling world. Do you think it was a fair portrayal?

They just didn't go deep enough. Darren Aronofsky and Mickey Rourke called me for the screening before it came in the box office. They had brought my daughter Ariel Teal, a wonderful actress, and myself down in the theater, and they sat us toward the back of the theater, and they show[ed] us the movie. Afterwards Darren Aronofsky and Mickey Rourke come out and go, "I hear Roddy Piper is here, is that true?" And they go, "So what did you think of the movie?" And I'm thinking in my head ... You guys didn't even come close to how deep you could have gone. The guy with the staple gun, he's just a real guy who goes around and does that. But [the movie] didn't show the traveling, and the day to day, and what went through their minds, and what people put them through. In my time they hated me so much, I've been stabbed three times. Last time an inch from the heart.

Fans. Last time in Raleigh, North Carolina, straight in an inch from the heart. This jacket that I wear is made special for me, stab-proof, because I got stabbed so many times I just got tired of it.

How difficult was it to get up and do the same thing every night?

I was going nine times a week. You get to a point where you don't really know who you are. You're running on high octane, and you'll take all comers in every arena because there was no police. Every arena you'd take on everybody that would come in the ring ... One time I fought 90 fights in 90 days in 90 different places around the world. I didn't even know who I was, about 45 or 50 in, they just kept pushing me, and that's when I really get into a lot of trouble. You walk into an arena with 10,000 people, and no security and everybody hating you, it takes some gumption.

Let's talk about the 1988 movie "They Live." There was actually a lot of politics in this movie -- was that something you knew when you were approached by John Carpenter to star in the film?

There's been talk about a remake of "They Live." Have the potential producers been in touch with you?

Yep. We're going to have lunch after this trip to Denver.