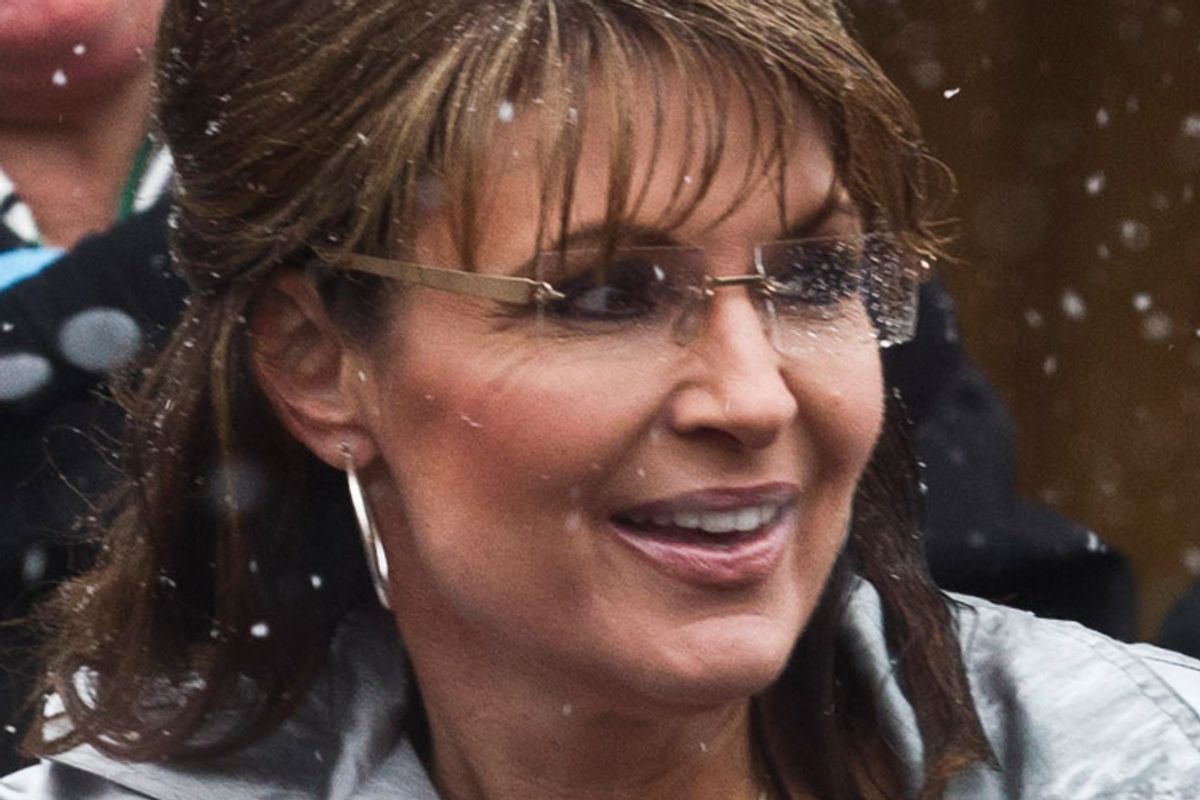 Last week we published a series of posts debunking Trig Trutherism, the idea that Sarah Palin is not the mother of the young Trig Palin.

Andrew Sullivan, who is the most prominent Trig doubter, has now weighed in with a lengthy post responding to both my investigation into the matter and a first-person account of an Alaska reporter who confronted Palin about the rumors while she was still pregnant in early 2008. (Both the Alaska reporter and I concluded that there is no reason to suspect an elaborate coverup.)

Sullivan acknowledges at one point that Salon's stories "do strongly tip the balance toward establishing the pregnancy as fact" -- but he is not fully satisfied, finishing his post this way:

But c'mon, Salon. Clinch this for good and all. You can do it. Just ask Palin's camp for medical records. And if she refuses, explain what her reasoning is, given her position on Obama's birth certificate?

We're prepared to do that right here and now: Sarah Palin, we'd be happy to see and publish your medical records. But the point of our package is that Palin simply doesn't need to do this -- there is no credible evidence to suggest that anyone other than Sarah Palin is the mother of Trig. (And, no, Palin's foolish endorsement of Donald Trump's Birther crusade doesn't change this fact.)

Sullivan also makes a distinction between his Trig doubts and classical birtherism:

But the difference remains obvious. Obama provided the salient empirical evidence - his birth certificate - one of those humiliations that public figures have to endure sometimes. Does Salon think it was reprehensible that he was even asked to do so? Was that a betrayal of journalism?

This is indeed a useful comparison. But the real difference between the case of Obama and the case of Trig is not the level of evidence -- there was never reason to doubt the basic facts in either case.

Rather, in the case of Obama, his place of birth presented a potentially urgent constitutional problem. If Obama had been born abroad, there would have been questions about his eligibility to be president, hinging on the murky definition of the phrase "natural-born citizen." Absurd as it all seemed, there was a reason in 2008 for a reporter to ask the Obama campaign for a copy of the birth certificate. (And remember: Obama wasn't the only '08 candidate who faced questions from the press about the circumstances of his birth.)

The parentage of Trig Palin presents no similarly urgent issue. Sullivan has argued that Trig was a crucial factor in John McCain's picking of Sarah Palin as his running mate. But Steve Kornacki has authoritatively dispatched that argument. And, again: There is no reason to suspect that Palin faked the pregnancy, let alone evidence that it was a hoax.