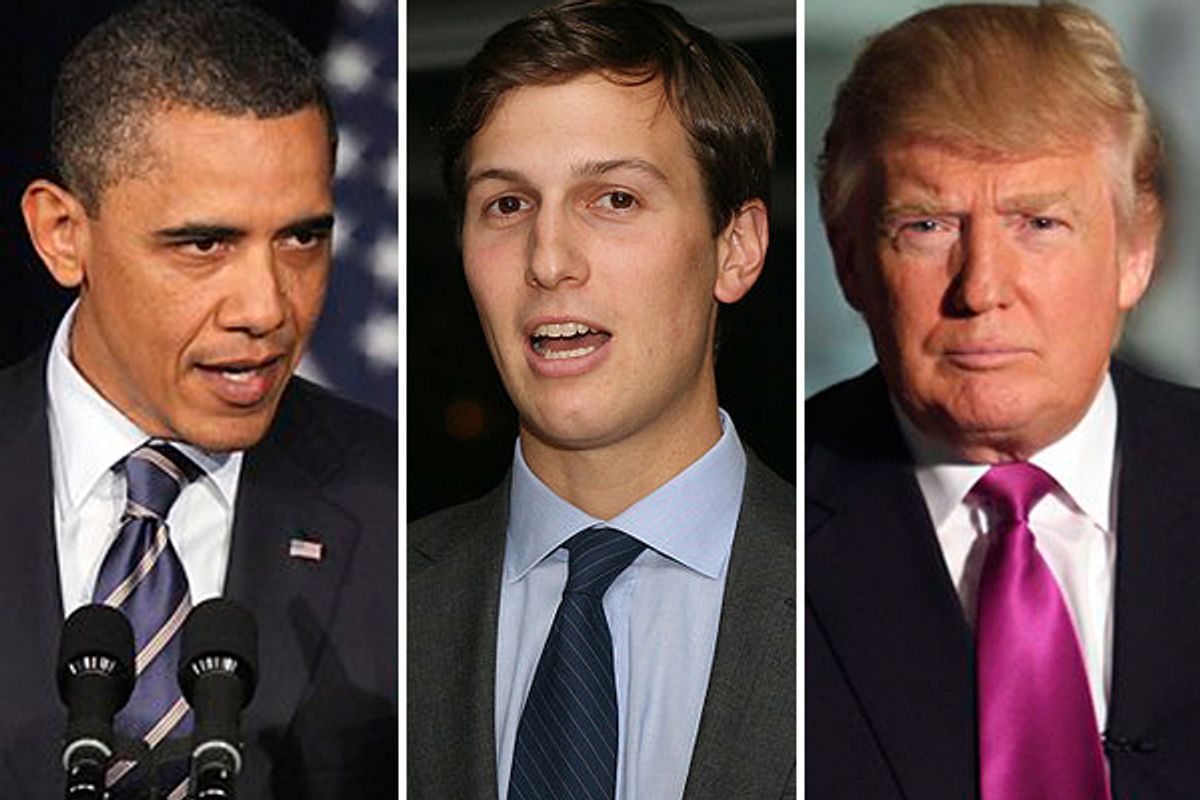 Donald Trump added a blatantly race-baiting component to his already racially charged campaign against Barack Obama's Americanness this week when he claimed -- based on things he's "heard" -- that Obama was a "terrible student" who got into Columbia and then Harvard based solely on affirmative action:

"How does a bad student go to Columbia and then to Harvard? I'm thinking about it, I'm certainly looking into it. Let him show his records," he said, without providing backup for his claim.

Trump added, "I have friends who have smart sons with great marks, great boards, great everything and they can't get into Harvard."

Let us take, as an example, the story of a student so obviously unqualified, so transparently unworthy, that a book was written about what his admittance into Harvard said about the sorry behavior of supposedly elite colleges.

That student -- that dull, below-average student who somehow made his way into Harvard -- was Donald Trump's son-in-law, Jared Kushner.

Wall Street Journal education writer Daniel Golden's book "The Price of Admission" explores the Kushner donation at length. An official at Kushner's (expensive, private) high school told the author: "There was no way anybody in . . . the school thought he would on the merits get into Harvard. His GPA did not warrant it, his SAT scores did not warrant it. We thought, for sure, there was no way this was going to happen."

And that is how things actually work at "elite" schools.