The dumbest birther conspiracy theory of them all 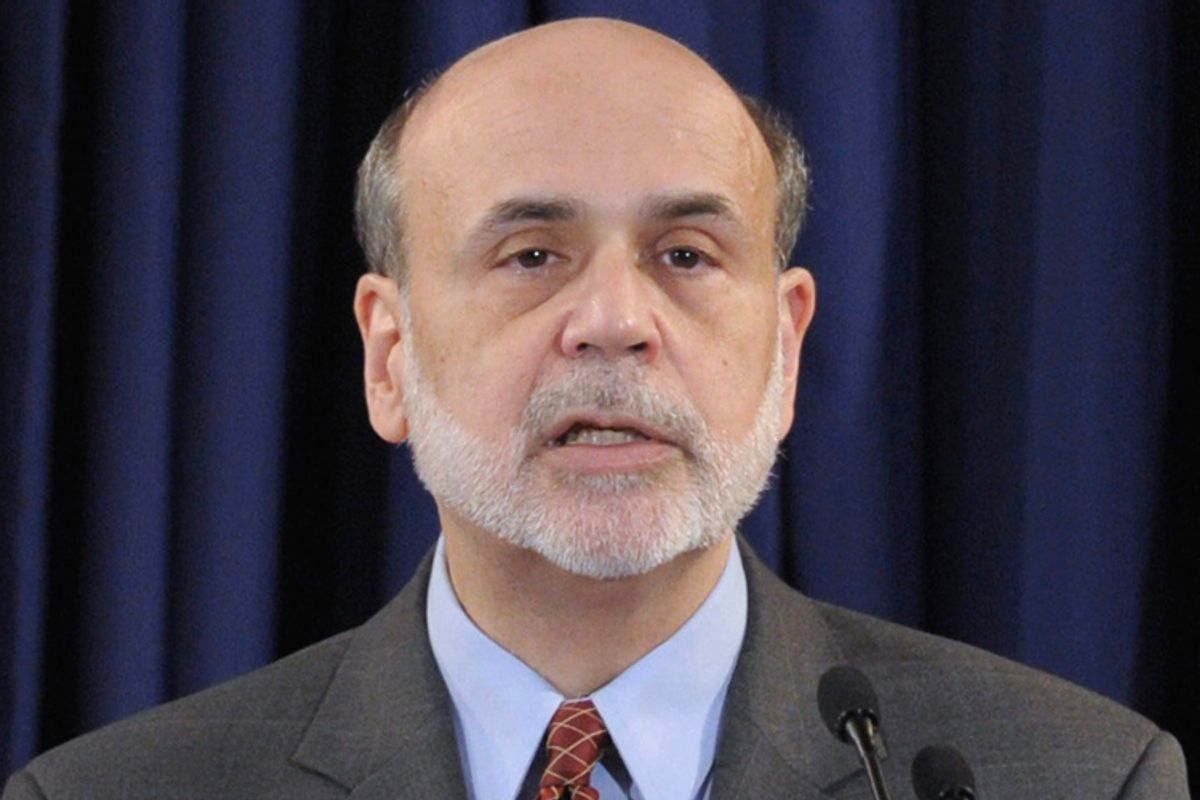 Of all the conspiracy theories swarming around the ridiculous question of where President Obama was born, my choice for most incomprehensible arrived this morning: The president, according to an avalanche of tweets, released a copy of his longform birth certificate specifically in order to distract attention from Federal Reserve Chairman Ben Bernanke's first-ever press conference.

In inimitable fashion, Sarah Palin led the way, managing in the space of 140 characters to suggest both that Obama had been forced into the release and that it was some kind of insidious dodge.

But for the birth-certificate-as-distraction-theory to make any sense, doesn't there have to be some kind of reason why Obama might not want people paying attention to Bernanke? And that's where this loopiness completely breaks down. The Fed's position is that the economy is continuing a "moderate recovery" -- maybe growing a little slower right now than it expected a few months ago, but still significantly more healthy than six months or a year ago. The Fed believes that inflation is generally under control, and plans to end its stimulative program of securities purchases on schedule in June. According to Bernanke, the Fed expects unemployment to continue to fall and economic growth to accelerate in 2012.

There were no surprises at the press conference. Indeed, it would have been a complete shocker had there been any surprise, since the whole point of Bernanke's efforts to increase transparency on Fed decision-making is to minimize the chance of market disruptions by making sure that everyone knows exactly what the Fed is planning to do and why. And while I'm sure Obama would like a faster rate of GDP growth and a sharper drop in the unemployment rate, it is hard to imagine that the White House has any problems with the steady-as-she-goes message from Bernanke, particularly insofar as it suggests that economic conditions during the heat of the presidential campaign will be the best of Obama's entire term.

Which is not to say that that weren't any problems with the press conference. Bernanke made a big deal of the tricky balancing act between the two halves of the Fed's dual mandate -- its responsibility to seek both "maximum employment and price stability." But at the same time he acknowledged that while unemployment is too high, inflation isn't a big enough threat to encourage the Fed to start tightening monetary policy right now. By his own reasoning then, shouldn't the Fed be doing much more to bring down unemployment? Instead of ending its "quantified easing" securities-buying program -- its main tool for juicing the economy and theoretically accelerating the expansion of the labor market -- shouldn't it be ramping it up? Paul Krugman wasted no time coming to his own conclusion about the press conference: Bernanke is "wimping out."

Of course, judging by a sampling of live tweets during the press conference and the mix of questions from the reporters, the number of critics who believe the Fed is dropping the ball on unemployment is matched or exceeded by the number of critics who believe that quantitative easing is fueling higher commodity prices, weakening the dollar, and encouraging speculation. I'm pretty sure that Sarah Palin is in the latter camp -- but if so, maybe she's the politician who really wanted to distract attention from the press conference, because Bernanke refused to even mention the word "speculation" and repeatedly dismissed efforts to link the Fed's stimulative, easy money policies to events in commodity markets.

But again, everyone knew he would do that. In no way, shape, or form did Bernanke deviate from the script that he has been delivering all year long. To do so would have broken his own rules. I really don't know what Palin or anybody else was expecting. Ben Bernanke's goal is to not make news. He succeeded, again, today.