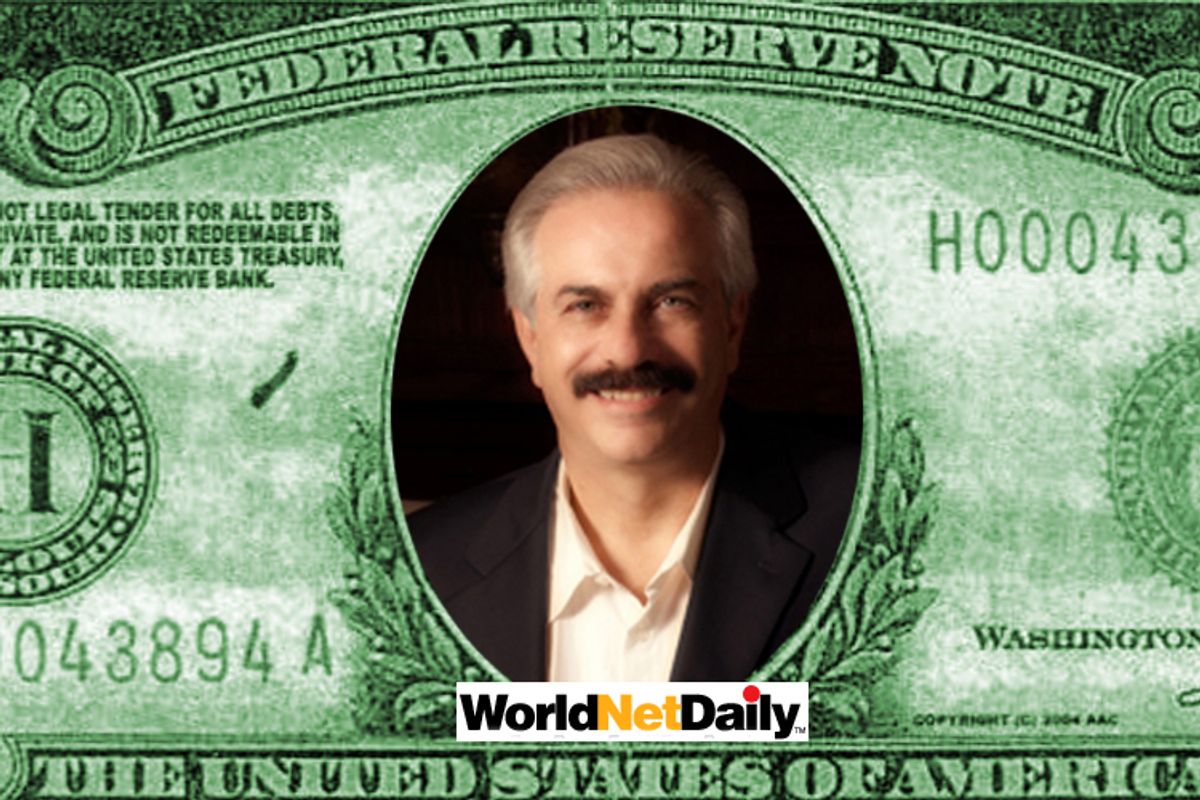 That's the Honolulu hospital listed on Barack Obama's long-form birth certificate (.pdf). Farah made a promise in August 2009 on Obama's birthday -- or as Farah put  it, "what he claims to be his birthday" -- that he would make a big donation to the medical center if Obama released his birth certificate:

"We've tried the stick," said Farah. "Now let's try the carrot. Obama has said he was born in Kapi'olani Hospital in Honolulu. He participated in a fund-raiser for the medical center in January. WND will send a check in the amount of $15,000 to whatever birth hospital is listed on his long-form birth certificate. All Obama has to do to see that donation made is to release it publicly."

Farah's pledge was memorialized in the "birth certificate" section of the WND Superstore (it also sold bumper stickers of Obama with the words "UNDOCUMENTED WORKER"). Fans could donate money that would (WND claims) be given to the hospital listed on the long-form document:

No doctor or nurse has come forward to say they were present for that historic birth.

No witness of any kind has come forward to say they have first-hand knowledge or involvement in that historic birth -- at least in Hawaii.

All donations made to this fund, if not used to make a donation to the birth hospital, will be used to further WND's investigative reporting efforts and the billboard campaign that asks the question, "Where's the birth certificate?"

It's not clear how big the "fund" is at this point. I've asked Farah -- who still has doubts about Obama's eligibility -- if he'll be donating that money now, and I'll update this post if he gets back to me.