The genius of Chris Colfer 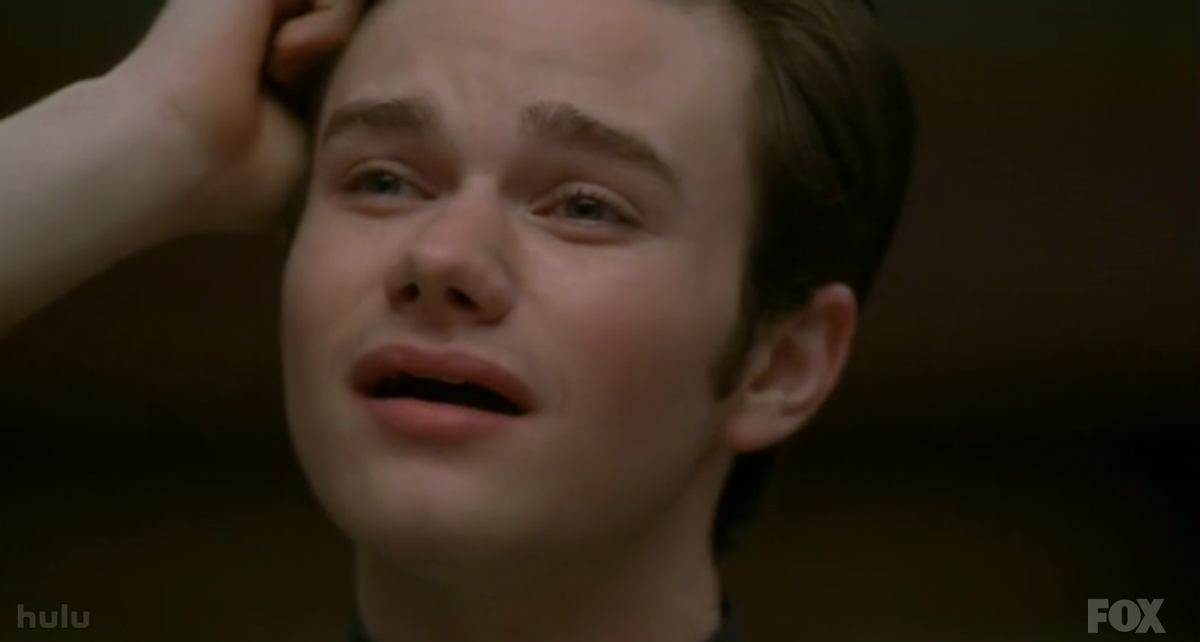 Last night's episode of "Glee, "Born This Way," was named after Lady Gaga's anthem of uniqueness, and promoted as if it were 'the Lady Gaga' episode, restating the song's message and riding on its coattails. But it wasn't that. It was an epic about a hero returning from a long journey, walking serenely through halls that once scared him, and performing with such skill and sincerity that his friends stared at him with love and awe. It's the show's best episode to date -- an engrossing exploration of a great character, Kurt Hummel, and a showcase for the once-in-a-generation talent of the actor who plays him.

Written by Brad Falchuk and directed by  Alfonso Gomez-Rejon, the episode had a simple message: "You're a unique and beautiful human being, and don't let anyone tell you otherwise." But rather than turn this sentiment into a series of tedious teachable moments, "Glee" staged them as tempest-in-a-teapot mini-dramas that mirrored aspects of Kurt's journey. All these subplots were about how society pressures unique people to conform until they hate themselves, and how they must resist that pressure in order to be truly happy -- Rachel deciding whether to have a nose job; Lauren Zizes challenging Quinn in the prom queen race, and revealing Quinn's secret past as a bespectacled fat girl; the bisexual Santana and the closeted gay football player, Dave Karofksy, agreeing to act as each other's beards; Dave apologizing to Kurt and convincing him to return to McKinley High, where his presence might help New Directions win nationals.

But this was Kurt's episode. Every scene and line led back to him. More specifically, it all tied into one musical number -- Kurt's performance of "As If We Never Said Goodbye," from Andrew Lloyd Webber's musical version of "Sunset Boulevard."

The number juxtaposed Kurt's return to school with shots of him hanging out in an empty theater, inspecting ocean scenery, and then sitting backstage in front of a dressing room mirror as if psyching himself up for a performance. The sequence found an imaginative, expressive way to get into Kurt's head and show the world as he felt it. Halls that once spooked him had become just halls, nothing more. He walked with quiet confidence, like a young man suddenly at ease in his skin, reveling in the discovery that he was happy. Kurt was seasoned by experience but still sensitive, ethical and kind. And when he got into the classroom again and started performing, he sang in such a way that the "Sunset Boulevard" song became his story -- his anthem.

And he was spellbinding. Every time the number cut to another student's response to Kurt, it became a documentary about people reacting to talent. (What were Colfer's fellow actors thinking during their close-ups? Probably something along the lines of, "This guy is amazing.") The filmmaking in this sequence magnified Colfer's impact, making his return to McKinley into an event. Three times the number cut to a shot of Kurt with his back to the camera, seeming to loom like a giant over an audience arrayed in the background. The third time Kurt was gesturing with one hand, like a conductor leading his orchestra. When the song ended, the camera panned right, looking down an empty high school hallway as a bell rang. The music was over; it was time to face the world. Perfection.

I liked the rest of "Born This Way" pretty well. It was a "Glee" episode. That means it had silly or stupid plot twists; reductive images (the business of self-identifying whatever most troubles a student and then putting it on a t-shirt verges on self-parody), and lines that wanted to be bitchily quotable or casually profound but that landed like sacks of cement, and were nonsensical besides. (What the hell was Will Schuester thinking, telling his kids, “The thing you’d most like to change about yourself is the most interesting thing about you"? That's the opposite of what he should tell them!)

But when viewers look back on this episode, what they'll remember first is Kurt singing that song from "Sunset Boulevard," claiming it, and shifting its meanings around to tell his story. In the stage musical, the song entombed faded silent film star Norma Desmond within her own sad fantasies of a comeback. It was a song of delusion, written with great sympathy for Norma. But Chris Colfer turns "As if We Never Said Goodbye" into a valentine to self-knowledge and self-improvement -- and a young, gay singer's dream of treating the world as a stage and commanding it like a star.

The episode also re-interprets Lady Gaga's song and adds something to it. In the original version, the repeated phrase "Born This Way" referred to states of being that threatened the American mainstream; the song's refrain seemed at once defiant and defensive. But Kurt's performance of that "Sunset Boulevard" song wasn't about sexual orientation. It was about uniqueness and talent.

Like a lot of "Glee" fans, I bitch about the show as often as I praise it -- more often, probably. But numbers like Kurt's "As If We Never Said Goodbye" are worth the agita, and it's Colfer who makes them great. I've read articles fretting that Kurt is too stereotypical a figure -- slight, high-voiced, queeny, fascinated with Streisand and Judy Garland and other familiar signifiers. Couldn't he at least have been athletic? And did he have to be obsessed with clothes? But when Chris Colfer sings "As If We Never Said Goodbye,"  or "Rose's Turn," or "I Wanna Hold Your Hand," you don't think about identity politics. You just marvel.

I love how the episode connected Rachel/Streisand to Kurt, by name-checking Streisand and getting into the politics of her appearance, having Kurt stage a "Barbra-vention" to dissaude Rachel from changing her nose, and letting Kurt cut loose with a song that Streisand memorably covered. Between Colfer's talent and his character's iconic backstory, I wouldn't be surprised if people one day looked back on this actor-singer as one of the great aspirational figures in American pop culture, as important in his own way as Streisand, Sidney Poitier, or Selena.  Colfer doesn't just sing and act. He stands for something.