In the midst of a lobbying war between banks and retailers, there's no time left for governing the country 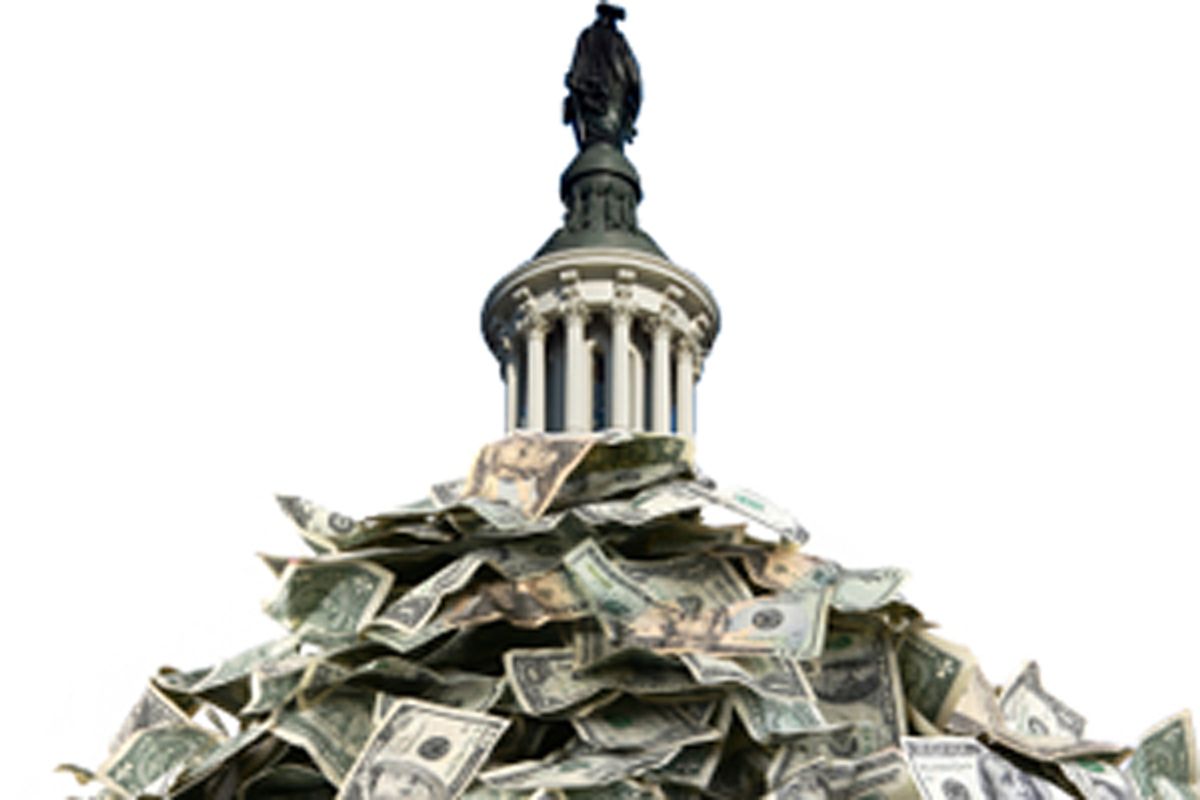 Anyone who thinks the Huffington Post isn't committing acts of real journalism needs to carve out some time to read Zach Carter and Ryan Grim's epic three-weeks-in-the-making 8000-word saga on interchange fee reform, "Swiped: Banks, Merchants And Why Washington Doesn't Work For You."

I'll be honest -- when I saw my first tweet this morning recommending this story, I whined to myself, but I don't wanna read 8000 words on a lobbying battle between big banks and big retailers. But by the fifth tweet, I knew I had to suck it up -- the Internet's echo effect had kicked in: Read this: It's important.

And I'm very glad I did -- because "Swiped" isn't just a story about a savage fight to control the billions of dollars of revenues that accrue from the fees charged every time we use our debit cards -- it's an explanation of why our government is so crippled, so unable to forthrightly confront our real problems.

The swipe fee debate, as mundane as it may appear, is emblematic of how Washington works today -- and helps explain why Congress hasn't passed an appropriations bill in years, can't write an annual budget, is flirting with defaulting on the country's debt and effectively gave up on job-creation efforts in the midst of a brutal economic downturn. There are, to be sure, a variety of reasons that Congress is zombified, but one of the least understood explanations is also one of the simplest: The city is too busy refereeing disputes between major corporate interest groups....

"Every time we go in to an office and tell them we're here to talk about interchange, they cringe," says Dennis Lane, who makes regular lobbying trips to Washington and has owned a Massachusetts 7-Eleven for 37 years. "I think there's been more lobbying -- there's been more hours and minutes spent on Capitol Hill discussing interchange reform -- than there has been talking about a shutdown of the government."

Read it. It's important.