Overnight poll: More than half of Republicans still unpersuaded Obama was born here

You thought Obama's long-form would put this to rest? More than half of Republicans still aren't persuaded 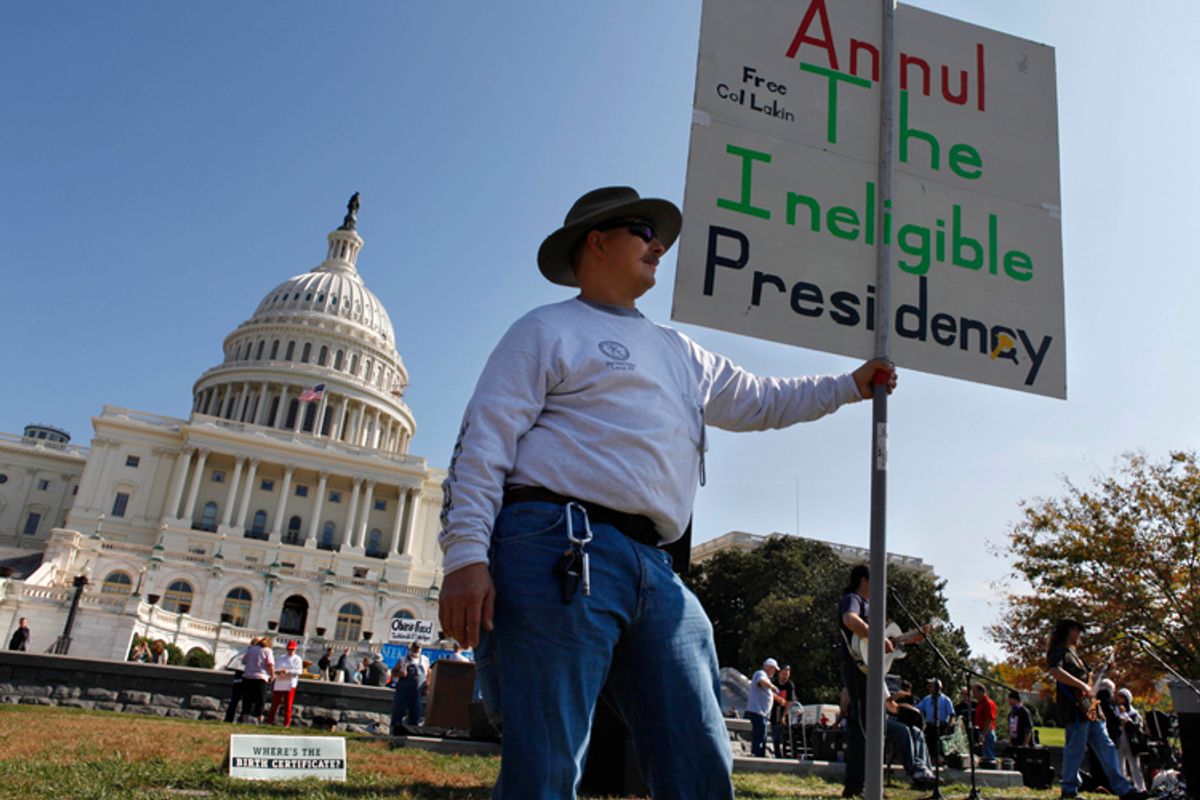 An alarming poll from CBS News and the New York Times last week found that nearly 70 percent of Republicans either believed President Obama wasn't born on American soil or weren't sure.

Now, in the wake of President Obama's decision to release his long-form birth certificate Tuesday morning, there is a bit of encouraging news: According to a snap poll conducted by Survey USA, 24 percent of Republicans say that doubts they previously had about where Obama was born have been erased and that they are now satisfied that their president was born here.

But there is also discouraging news: More than half of Republicans still aren't buying Obama's story. 18 percent of them told Survey USA that they consider the long-form a forgery, and another 33 percent say they still have doubt. Moreover, nearly 60 percent of Republicans say that they either still consider Obama's birthplace to be open to debate or aren't sure, and 33 percent claim that the president was "definitely" or "probably" born elsewhere. (Among all respondents, 77 percent say that Obama was "definitely" or "probably" born in America.)

The results come with a few caveats, of course. First, Survey USA found that 58 percent of all Americans respondents -- and 62 percent of Republicans -- haven't yet seen the long-form themselves. As these numbers rise, it's possible that doubts will ease. Also, it's possible that a few more days of intense news coverage will produce different results. And comparing Survey USA's findings to those of the recent CBS/New York Times poll (or any other recent poll conducted on the subject) could be problematic, simply because different questions were asked.

That said, it will not be surprising if significant numbers of Republicans continue to profess doubt about Obama's birthplace. Part of this is because, for many on the right, who have been encouraged by even mainstream GOP leaders (through, for instance, their obsession with "American exceptionalism") to view Obama as a fundamentally anti-American figure, it probably feels like the "right" answer. There's also the issue of partisan loyalty: Since Obama is their "enemy," some Republicans may feel compelled to provide negative answers to any and all poll questions about him.