The governor wants to let teenagers work longer hours. 19th-century Republicans from his own state would disagree 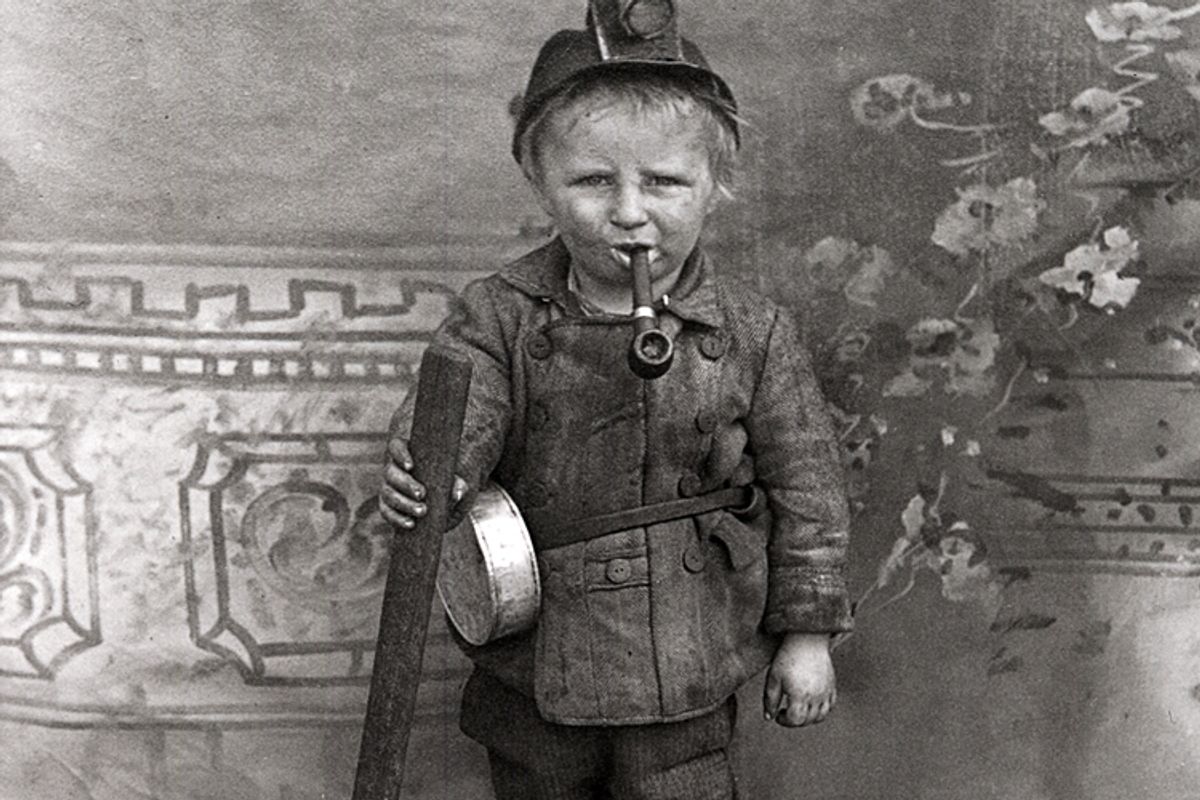 A young Utah or Colorado mine worker
--

How's this for a fancy euphemism for gutting child-labor laws: "deregulating non-adult employment"?

OK, maybe "gutting" isn't exactly the right word. In Maine, liberal advocacy  groups are attacking Gov. Paul LePage for efforts to "roll back child labor laws." But the actual bills under consideration don't necessarily conjure up images of teeny-boppers in a coal mine.

The Maine legislature is considering bills that would remove any limit on the number of hours children 16 or older can work on school days, raise their maximum hours each week to 24, up from 20, and allow them to work until 11 p.m., rather than 10 p.m.

Should a 17-year-old  be allowed the freedom to flip burgers until 11 p.m. on a school night? At first glance, I can't say I have a strong opinion on this legislation -- most of it seems like tweaking the rules, rather than a return to Victorian-era child exploitation. On the other hand, when you combine these proposed new rules with efforts to pay teens a "training wage" that comes in several dollars under the federal minimum wage requirement, the whole enterprise does seem suspiciously like an outright handout to business interests: Hey, look now you can pay teens less and work them more hours! Win-win.

But what really makes this story interesting is the context.

Actually, the teenage employment bills might have passed through the legislature quietly by now had LePage not made a controversial decision to remove a labor history mural from the state Department of Labor headquarters last month. Among other scenes, the removed mural depicts child workers carrying pails, with a backdrop of photographs showing other children toiling away at strenuous factory work.

The governor deemed the mural to be biased toward organized labor at the expense of business interests. LePage also ordered the renaming of conference rooms at the Department of Labor that had been named after labor leaders. One of the rooms had been named after William Looney, a Republican state legislator who helped pass child labor laws in the 1800s.

Among the laws passed by Looney -- against the resistance of Maine's manufacturers -- was a bill banning workers under 18 from working more than ten hours a day.

According to LePage, those kids must have been wimps. While defending his goal of "deregulating non-adult employment," the governor declared, "It's not a big deal. Work doesn't hurt anybody."

So, you rename a conference room at the Department of Labor named after the Republican state senator who passed a child-labor law in 1887 that prevented employers from working teenagers more than 10 hours in a single day. Then you back legislation that would eliminate "any limit on the number of hours children 16 or older can work on school days."

Hmm. Maybe I do have a strong opinion about this, after all. But I can't figure whether LePage is just incredibly stupid, or simply outrageous.