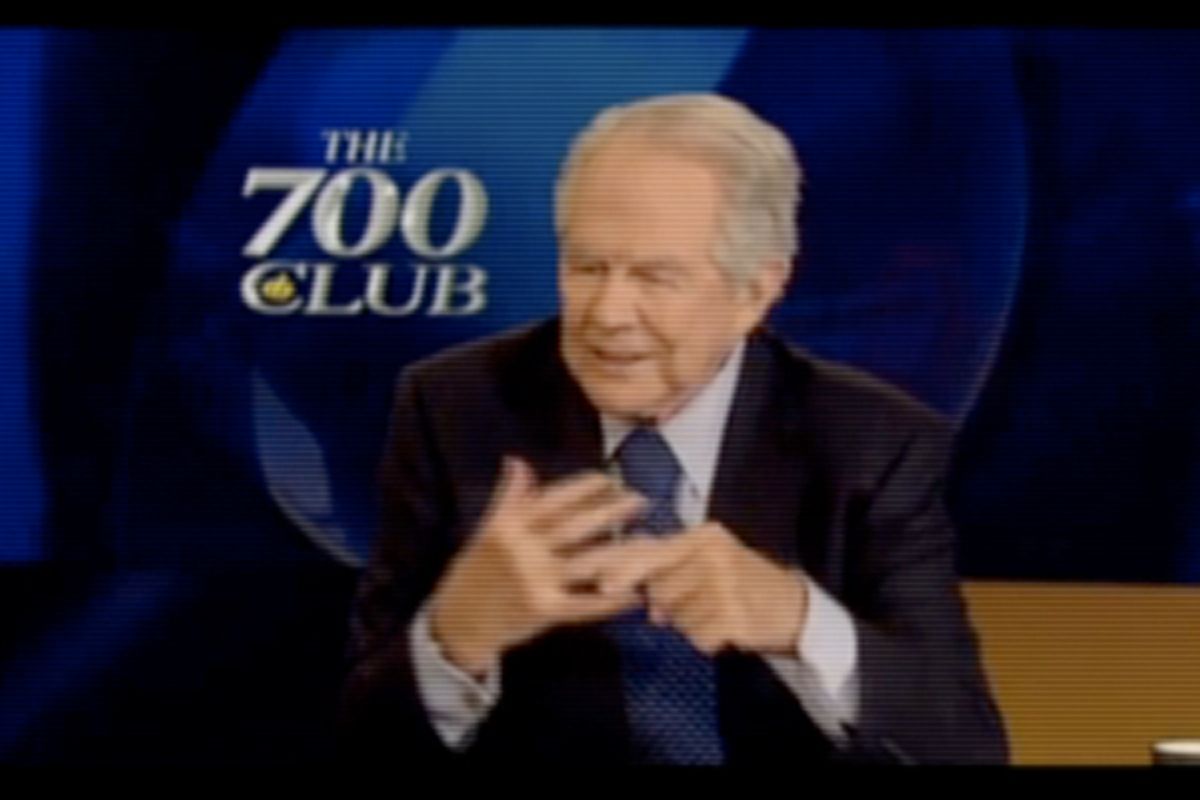 Pat Robertson's been doing some thinking about abortion. And lesbians. The result? A somewhat rambling discourse on Monday night's edition of the long-running "700 Club" -- a program that airs on the thoroughly mainstream ABC Family cable network (per the terms of sale when Robertson unloaded the old Family Channel years ago).

In a segment with co-host Terry Meeuwsen on Monday, Robertson -- a man, in case you've forgotten, who once ran for president and defeated a sitting vice president of the United States in the Iowa Republican caucuses -- decided to share his theory on why "the far left" supports abortion rights and federal funding for Planned Parenthood:

Robertson: I don't want to play all this psychological stuff, but nevertheless: If a woman is a lesbian, what advantage does she have over a married woman? Or what deficiency does she have?

Meeuwsen: Well, she can't have children.

Robertson: That's exactly right. If these married women don't have children -- if they abort their babies, then it kind of puts them on a level playing field. Now you say ... "Isn't that shocking?" Well, think about it a little bit, ladies and gentlemen.

Of course, it's hardly unusual for Robertson to use his television platform to advance bizarre notions. But his decision to bring up lesbians instantly reminded me of what is probably the single greatest all-time Robertson line, from the fall of 1992 when he encouraged Iowa voters to reject a state-level Equal Rights Amendment for women. The amendment, Robertson warned Iowans was part of a "socialist, anti-family political movement that encourages women to leave their husbands, kill their children, practice witchcraft, destroy capitalism and become lesbians." (Believe it or not, Robertson's wish was granted, and the ERA was defeated by Iowa voters 52 to 48 percent.)