Intense footage from the storm-battered South

Videographers capture the devastation and extreme weather that has killed over 170 in the Southern U.S. 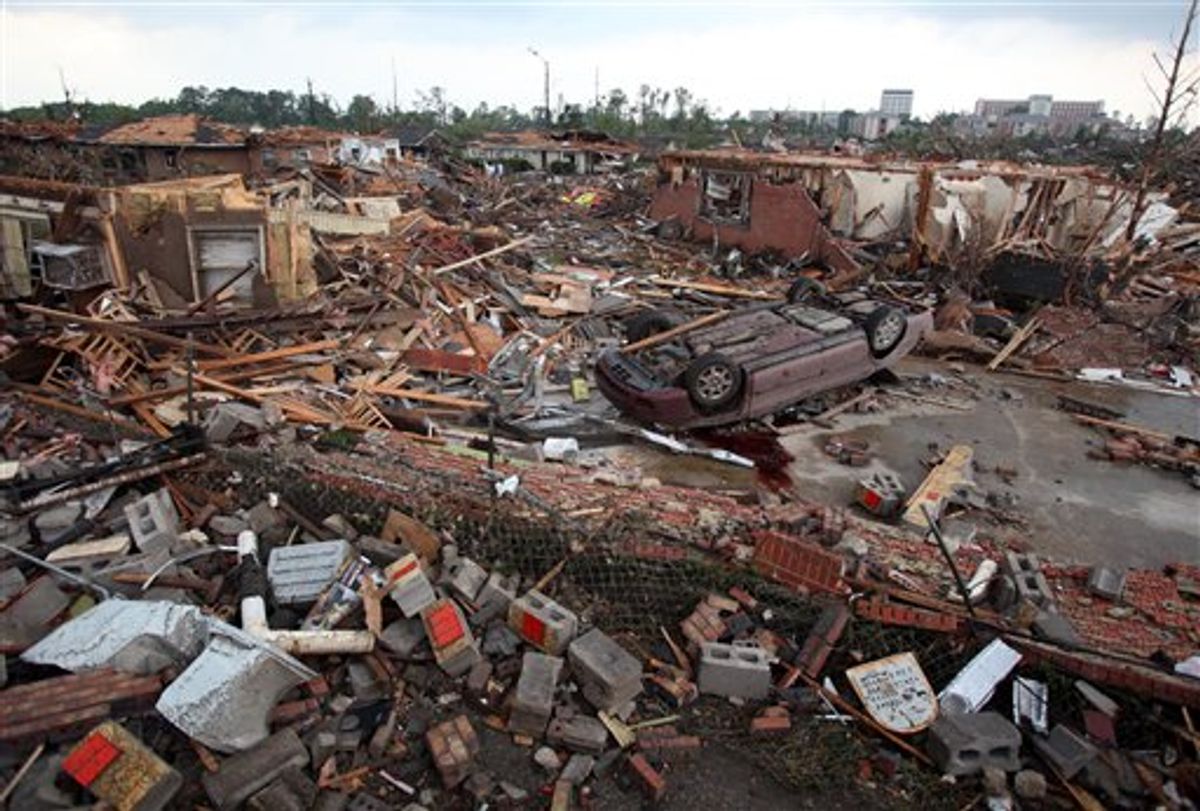 As of Thursday morning, storms ripping through the Southern U.S. had claimed 231 lives, according to CNN. Tornadoes and extreme weather killed at least 128 in Alabama alone. President Obama approved the requests of Alabama Gov. Robert Bentley for emergency federal assistance. Around 1,400 National Guard soldiers have been deployed around the state, in which 66 tornado reports have been made, reported the AP

To give some sense of the devastation, we have compiled the clips of video footage -- both from amateurs and news networks -- which convey the extremity of these storms and the aftermath in the South.

The college town of Tuscaloosa, the home of the University of Alabama, was flattened by a vast tornado, captured on this AP video:

This raw AP video captures a tornado in Cullman County, Ala., dominating the sky:

In CCTV footage that looks like it's been lifted from an apocalypse movie, you can see the precise moment when a tornado hits St. Louis' Lambert airport a few day ago, blowing out windows and plunging the building into darkness:

This CNN video, taken earlier in the week, shows one Oklahoma family, shot against a lightning-struck sky and a background of rubble (once their belongings), recounting their experience of a tornado:

Amateur footage from Byars, Okla., shows tornado funnels forming in the sky one week ago:

And this AP video details the aftermath in Arkansas after severe storms hit on April 26, leaving 10 dead in the state: