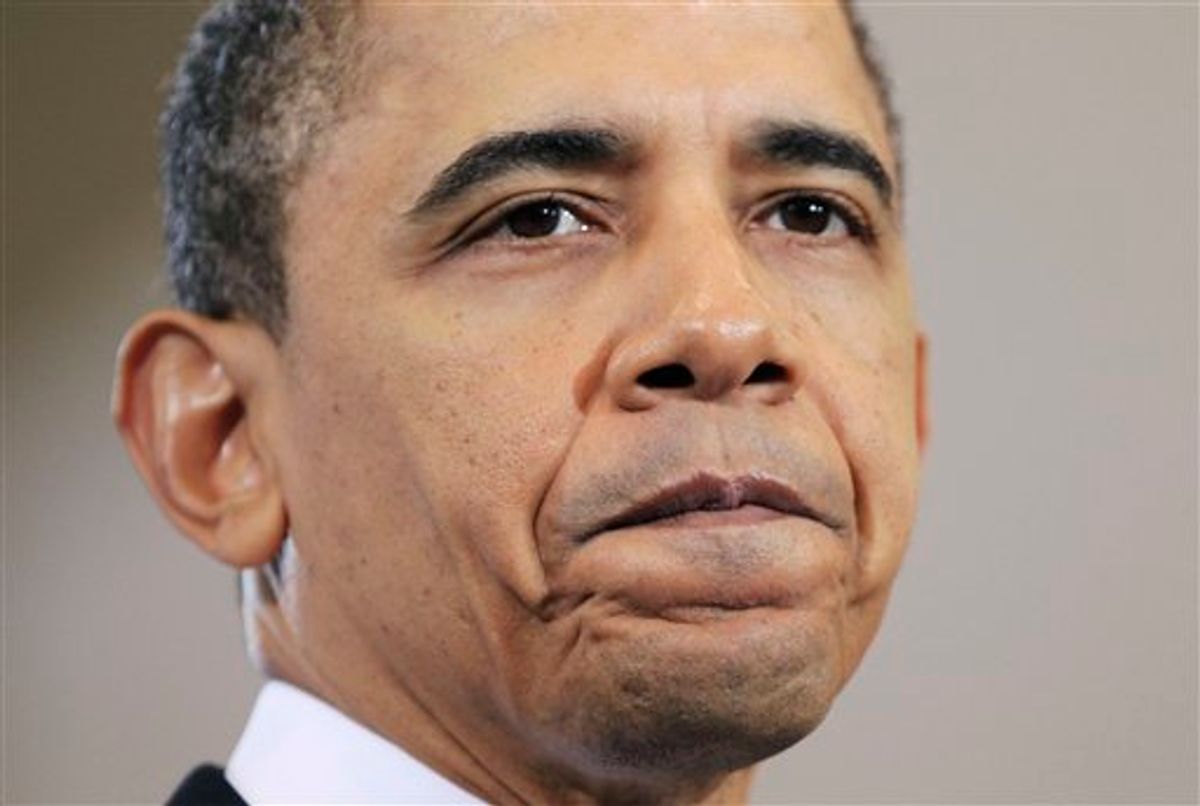 Politico reported Friday that "Priorities USA and Priorities USA Action aim to raise $100 million to defend Obama’s reelection bid from an expected onslaught of attack ads from similar Republican outside money organizations activated in the 2010 midterms, organizers say." And the White House is perfectly happy to take the money.

Fighting fire with fire seems a sensible enough move to make. But in the details lies the controversy: One of these groups will not have to disclose its donors (like Karl Rove's dark money group, Crossroads GPS). Receiving money from anonymous donors is "a practice Obama hammered during last year’s election cycle as undermining the democratic process" Politico's Jeanne Cummings notes.

Indeed, a 2008 Politico story even quotes Bill Burton -- a co-founder of these Priorities groups and then-Obama spokesman – voicing Obama’s objections to going through independent fundraisers:

From the beginning of this race Obama has told supporters that if they want to help his effort, they should do so through his campaign… And he means what he says.

As the Washington Post's Greg Sargent notes, critics from both sides were quick to emerge. In a moment of unbridled hypocrisy, Crossroads GPS released the following statement:

The Obama White House has completely walked away from the mantle of “change” in order to embrace the type of politics they once relentlessly attacked. Just as when he reneged on his promise to campaign within the public finance system, this President is all too happy to embrace and discard "principles" according to what is most politically expedient for him.

There is much room to criticize these Democrats' apparent about-face on anonymous donations, but given that Crossroads GPS quite literally threw the first stone (it is only in response to GOP big money groups that the Priorities groups were formed), this specific criticism carries little force. In fact, another Priorities co-founder, Paul Begala, told Sargent, "Taking a lecture on hypocrisy from Karl Rove is like turning to Donald Trump for advice on hairstyle."

Former Senator Russ Fengold may have stronger ground to stand on when he says, as Ben Smith reported Friday, "Democrats who mirror the right-wing tactics of Karl Rove and David Koch do our nation no favors. Our democracy is best served by rejecting the fundamentally corrupt strategy of embracing unlimited corporate influence.”

Supporters of the Democratic money group, and the co-founders themselves, are arguing from pragmatism, not idealism: They say they would like a more transparent donor system, but that they refuse to lose to Republicans who use the current, opaque system to their advantage.

We strongly support reform. We support new laws to require transparency of all donations. We support repealing the wrongheaded Citizens United ruling. But, to paraphrase Donald Rumsfeld, you go to war with the laws you have, not the laws you wish you had.

Mr. Rove, the billionaire Koch brothers, the Chamber of Commerce, the NRA, the American Action Network, FreedomWorks, Americans for Prosperity, the Club for Growth, and other right-wing groups are projected to raise hundreds of millions of dollars to advance an extreme agenda which would hammer the middle class. We will not let their attacks go unanswered.

So an eye for an eye, a tooth for a tooth and fire with fire it is, then.