Is Donald Trump now banned from "The Late Show"?

David Letterman: "I am not sure we want him back on this show under these circumstances" 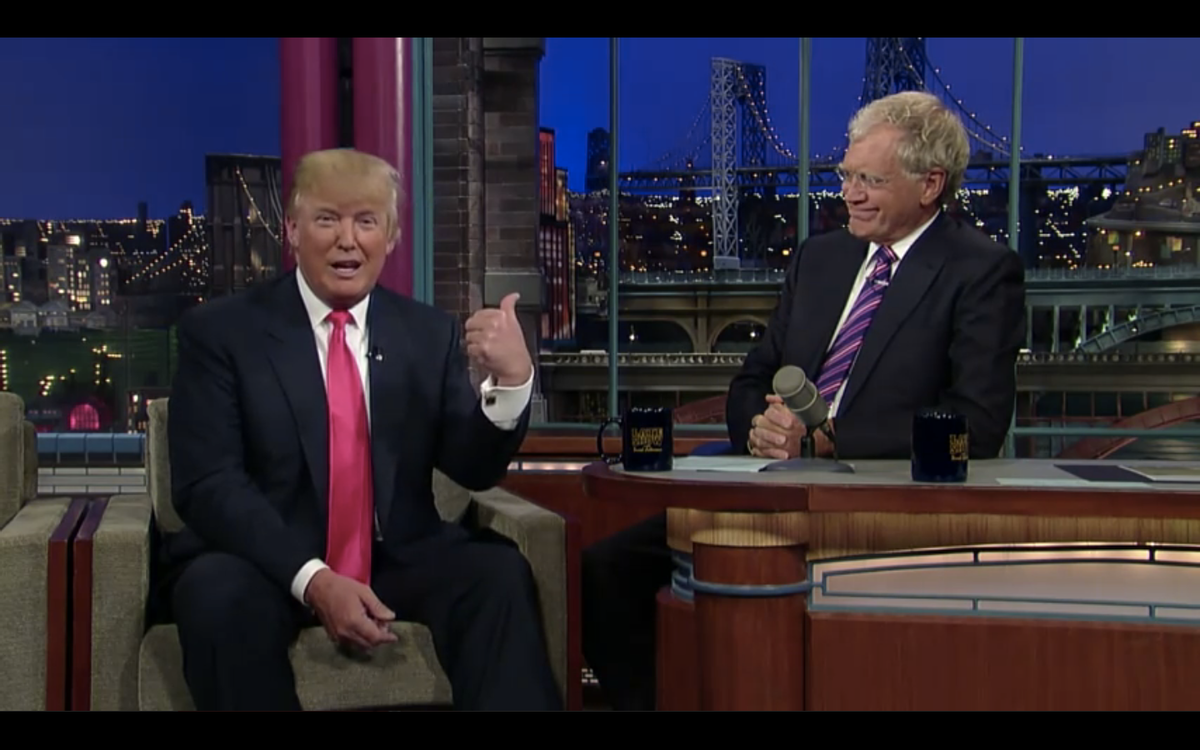 Speaking to guest Dr. Phil on the Thursday night's "Late Show," David Letterman said he might not invite Donald Trump on his show in the future if the mogul isn't "prepared to apologize" for behavior that borders on the "racist."

Letterman was referring to recent remarks in which Trump questioned whether Barack Obama was academically qualified for Columbia and Harvard -- "I heard he was a terrible student, terrible. How does a bad student go to Columbia and then to Harvard?" -- and to Trump's broader preoccupation with Obama's citizenship.

"It’s all fun, it’s all a circus, it’s all a rodeo, until it starts to smack of racism. And then it’s no longer fun," Letterman said.

For his part, Dr. Phil said that while he doesn’t think Trump "always thinks everything through," he doesn't believe he "has a racist bone in his body" -- a conclusion Letterman did not appear to accept.

Letterman’s comments come in the wake of another celebrity diss of Trump: Jerry Seinfeld's recent cancelation of his planned appearance at an Eric Trump Foundation fundraiser for the St. Jude Children’s Research Hospital.

Seinfeld’s representative said Trump’s birther crusade had made the comedian feel "uncomfortable," and that Seinfeld "feels this kind of demagoguery has no place in public discourse."

Trump responded to Seinfeld’s cancelation with a hand-written message, part of which read:

"I just learned you canceled a show for my son’s charity because of the fact that I am being very aggressive with respect to President Obama, who is doing an absolutely terrible job as our leader. ... We don’t care that you broke your commitment, ... [but] what I do feel badly about is that I agreed to do, and did, your failed show, 'The Marriage Ref,' even though I thought it was absolutely terrible."