The Macaulay Culkin movie that broke my silence

After my dad left, I was numb with grief. I didn't think anything could move me. Then I started watching "My Girl" 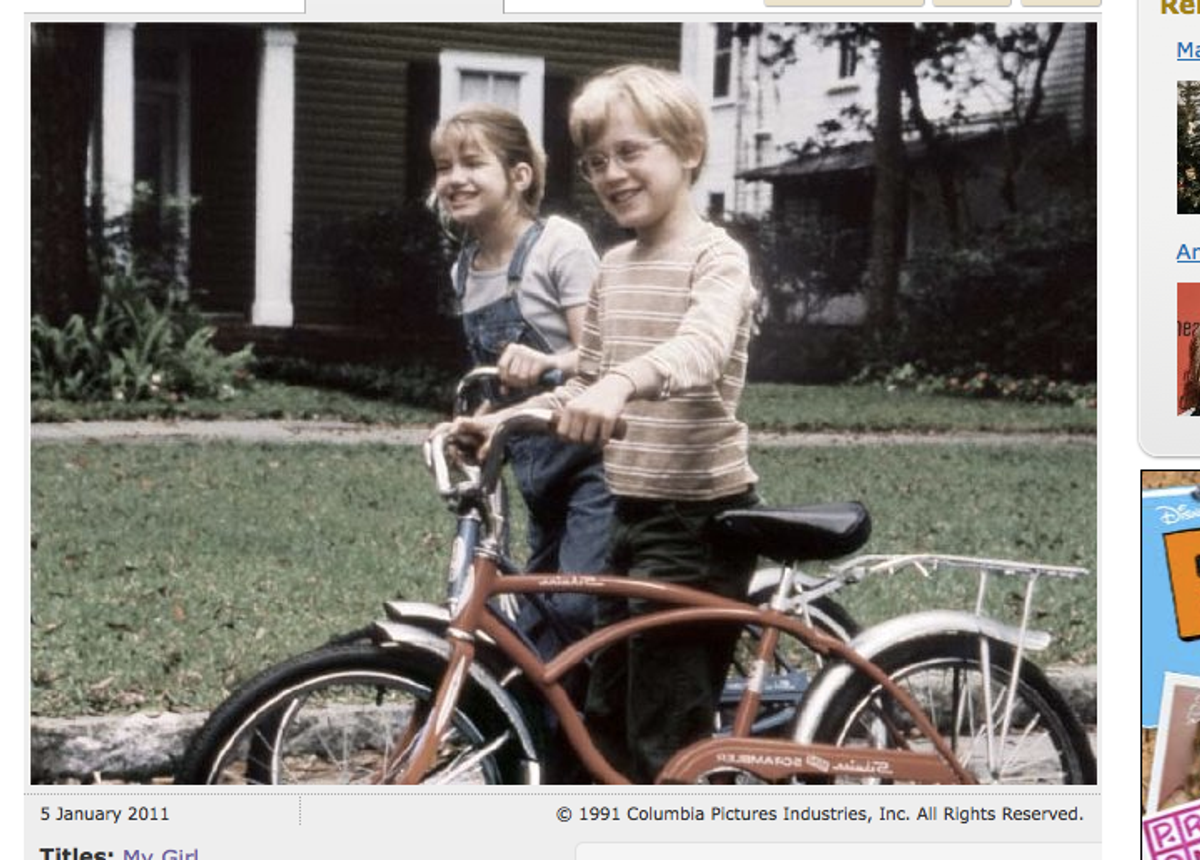 Anna Chlumsky and Macaulay Culkin in the 1991 movie "My Girl"
--

No one knew what to say the first time my father started his life over with a young blonde stripper in Missouri, and by the fourth failed reconciliation attempt, they were even more confused. I'd tell friends my dad had moved out again, only to have him show up at a school awards assembly or ballet recital the following week. He'd be many pounds lighter, grinning manically and stinking like an ashtray, but no one noticed those details so much as the fact that he was there. How could he be gone and home at the same time? They must have figured I was making up the whole thing.

All Mom asked was that I keep my mouth shut. It was her marriage, which meant it was her business. It was bad enough that people would be afraid to talk to her before long. Divorce was like a disease, she explained, and all the other rural housewives would be afraid of catching it; they'd see her as a threat. Besides, maybe next time Dad came back he'd really stay. Hardly able to keep food down, my mother lived on false hope.

The prescription bottles on my mother's nightstand did nothing to ease her suffering. Where a quirky, colorful 20-year marriage had been, there were now only stock images of her husband's midlife crisis -- a stiff new leather jacket, a cherry red convertible, the smell of tobacco on his breath, the sound of his overburdened suitcase hitting the floor. She did her best to put on a brave face during the day, but at night, from beyond my closed bedroom door, I heard the truth; it poured out of her in agonized sobs, while across the hall I cowered, silent and anchored in bed by a weight I couldn't see or understand.

As a loud, chubby, nerd-girl with thick-lensed, rainbow-framed glasses, it was clear to me by fifth grade that my grip on the adolescent social ladder was slipping. So I was surprised to find myself invited to a birthday sleepover one weekend. Of course, in typical fashion, little to no actual sleeping occurred that night, despite the patchwork maze of empty sleeping bags on the basement rec room floor. Makeovers were given, temporary tattoos were applied, board games were played and, for those of us not drawn in by other activities, the guest of honor's older sister had rented "My Girl."

"Are you guys really sure you want to watch this?"  She asked no one in particular. "It's so sad."

Several of the party guests who had already seen it chimed in affirmatively.

"All right, all right," she conceded, "but you're all going to cry." As she climbed the stairs, the same chorus of voices that had hurried her along scoffed at the suggestion that there would be tears.

Six months before, I wouldn't have dared. Six months before, if my mother had found out I even considered watching a PG-13 movie without her express permission, the punishment would have been severe.  But it wasn't six months ago anymore. I was tough. I could take it. A champion bookworm, I had made it through "Bridge to Terabithia" and "A Taste of Blackberries" unscathed. I was ready; this was nothing.

"Macaulay Culkin dies," somebody said, right at the beginning of the movie. So it wasn't like I wasn't prepared.

I stayed stoic through most of the movie. When Vada (played by Anna Chlumsky) got her period but didn't understand, the other girls laughed. They mocked the first kiss scene, too. But by the time Thomas J. (played by Macaulay Culkin) started kicking at the downed bee hive, quiet sniffles began to fill the room. None of them were mine.

My composure remained intact until Thomas J.'s mother returned the mood ring found on her dead son to the girl who'd just lost her best and only friend. As the black stone brightened to vivid blue on Vada's outstretched finger, my eyes filled. Images blurred. My shoulders rose and clenched.

They were the silent tears of an outcast in the corner of a darkened room at 2 a.m. I did not hold the tears in. I did not force the tears out. My life became real again.