The last hurrah for the "draft dodger!" charge

Did Donald Trump cut corners to stay out of Vietnam? 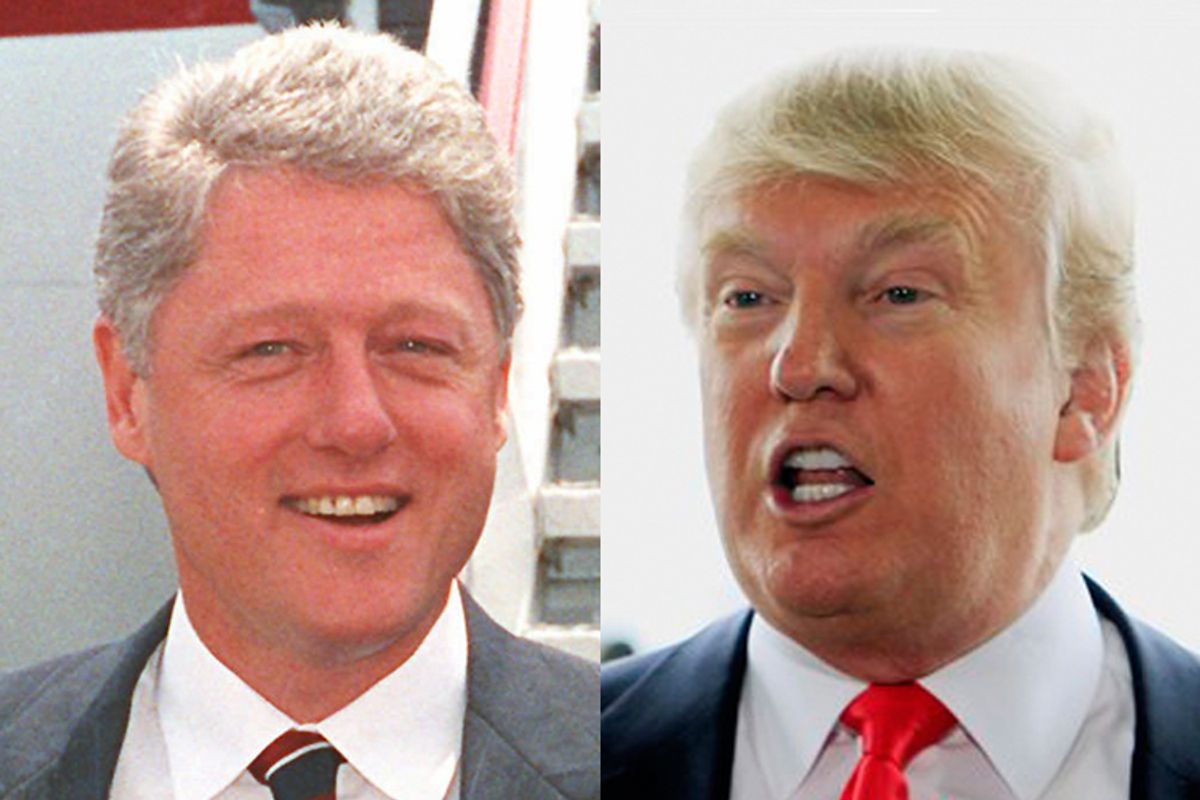 Questions are now being raised about how, exactly, it was that Donald Trump didn't serve in the military during the Vietnam War. Trump, who was in his early to mid-20s at the height of the war, addressed the issue in an interview with a local morning show in New York this week, explaining that

"I actually got lucky because I had a very high draft number. I was sitting at college, watching. I was going to the Wharton School of Finance. And I was watching as they did the draft numbers and I got a very, very high number and those numbers never got up to."

But, as the National Review's Brian Bolduc quickly pointed out, Gwenda Blair previously reported (in her 2005 book "Donald Trump: Master Apprentice") that Trump received a medical deferment that kept him out of the draft. Also, as Bolduc notes, Trump actually graduated from Wharton in 1968 -- more than a year before the December 1969 draft lottery for which a man with his birth year (1946) would have been eligible.

The suggestion that Trump, the son of a wealthy and well-connected developer, might have cut corners to avoid military service could conceivably hurt his standing with the Republican Party's base -- where reverence for the military tends to be particularly pronounced. In that sense, it's notable that the issue is being flagged by someone at the National Review -- another sign, perhaps, that elite, opinion-shaping conservatives are eager to marginalize Trump.

Whether Trump's lack of service turns into a big story remains to be seen. But that it's come up at all provides an excuse to point out that the 2012 campaign cycle might be the last one in which candidates have to worry about being tagged as "draft dodgers."

Besides Trump (if you want to count him as a serious candidate, which we are not inclined to), the prospective GOP field contains three men who would have been old enough to serve during Vietnam: Mitt Romney (who was born in 1947), Newt Gingrich (1943), and Mitch Daniels (1949). None of them served -- and each has faced his share of questions on the subject over the years.

Romney, for instance, received a two-year draft deferment because of his stint as a Mormon missionary in France; when he returned to the United States, he then received a high lottery number and was never called to serve. When he was a first-time political candidate in Massachusetts back in 1994, Romney explained that "I was not planning on signing up for the military. It was not my desire to go off and serve in Vietnam." This story seemed perfectly suited for the electorate of the only state that voted for George McGovern in 1972. But when he set out to run for the GOP presidential nomination more than a decade later, Romney changed his tune, claiming that not serving was "one of the two great regrets of my life ... I'd love to have."

Gingrich, meanwhile, received student and family deferments (he married his first wife in 1962, at the age of 19), and Daniels got a student deferment and then -- like Romney -- caught a break with his lottery number and was never compelled to serve. Mike Huckabee, who was born in 1955, was technically old enough to serve toward the very end of the war, but no one from his birth year was drafted and forced to serve.

2012 may end up being the last campaign in which any of this matters. By 2016, it's possible that both parties' fields will be devoid of men who'd been old enough to serve in Vietnam; by 2020, this will almost certainly be the case -- ending a long era in which military service (or a lack thereof) often played an outsize role in national politics.

This era began long before the Vietnam generation came of age in politics. After the country elected a World War II military leader (Dwight Eisenhower) as its president in 1952 and 1956, it was pretty much a given that any member of the "GI Generation" who aspired to national office needed a service record. John F. Kennedy and George H.W. Bush both played up their military heroics as they climbed the political ladder, and Lyndon Johnson, Richard Nixon, Gerald Ford and Jimmy Carter all served, too. (Johnson, as documented in Robert Caro's "Means of Ascent," went to rather absurd lengths to establish a service record at minimal personal risk.) Only Ronald Reagan, who missed combat duty in World War II thanks to an astigmatism, ever had to do much explaining about his service -- and even then, conservatives were happy to give him cover.

But Vietnam was never the "popular" war that WWII had been, and when members of the Vietnam generation reached adulthood and began climbing the political ladder in the 1980s, many of them did so without service records. This put them in a difficult position because, after souring on it during and immediately after Vietnam, Americans were re-embracing the military, inspired by Reagan's defense build-up, anti-communist bluster, and patriotic homilies.

In this climate, the charge of "draft dodging" could land with real impact. One of the reasons the political world believed well into 1992 that Bill Clinton would lose the presidential election was his avoidance of Vietnam service -- a story that contrasted unfavorably with President George H.W. Bush's actions during WWII. And even though Clinton knocked off Bush, Republicans relied on the same formula four years later, nominating another WWII hero -- Bob Dole --  hoping his service would inspire voters to abandon Clinton. Democrats, for their part, thought a similar trick might work in 2004, when they picked Vietnam veteran John Kerry to oppose George W. Bush. (Interestingly, the candidate with the more decorated military record has now lost five consecutive presidential elections.)

This is all a long way of saying; If Trump does take more heat over Vietnam, enjoy it while it lasts. Because this is one of the last times we'll ever hear questions about a national politician's draft record.

Update: The Smoking Gun has now posted Selective Service documents that definitively refute Trump's claim that a high lottery number kept him out of Vietnam. Trump did, in fact, receive a series of student deferments, followed by a medical deferment.