Men on making the cut

As a San Francisco activist pushes for a circumcision ban, we ask guys how they feel about their parents' decision 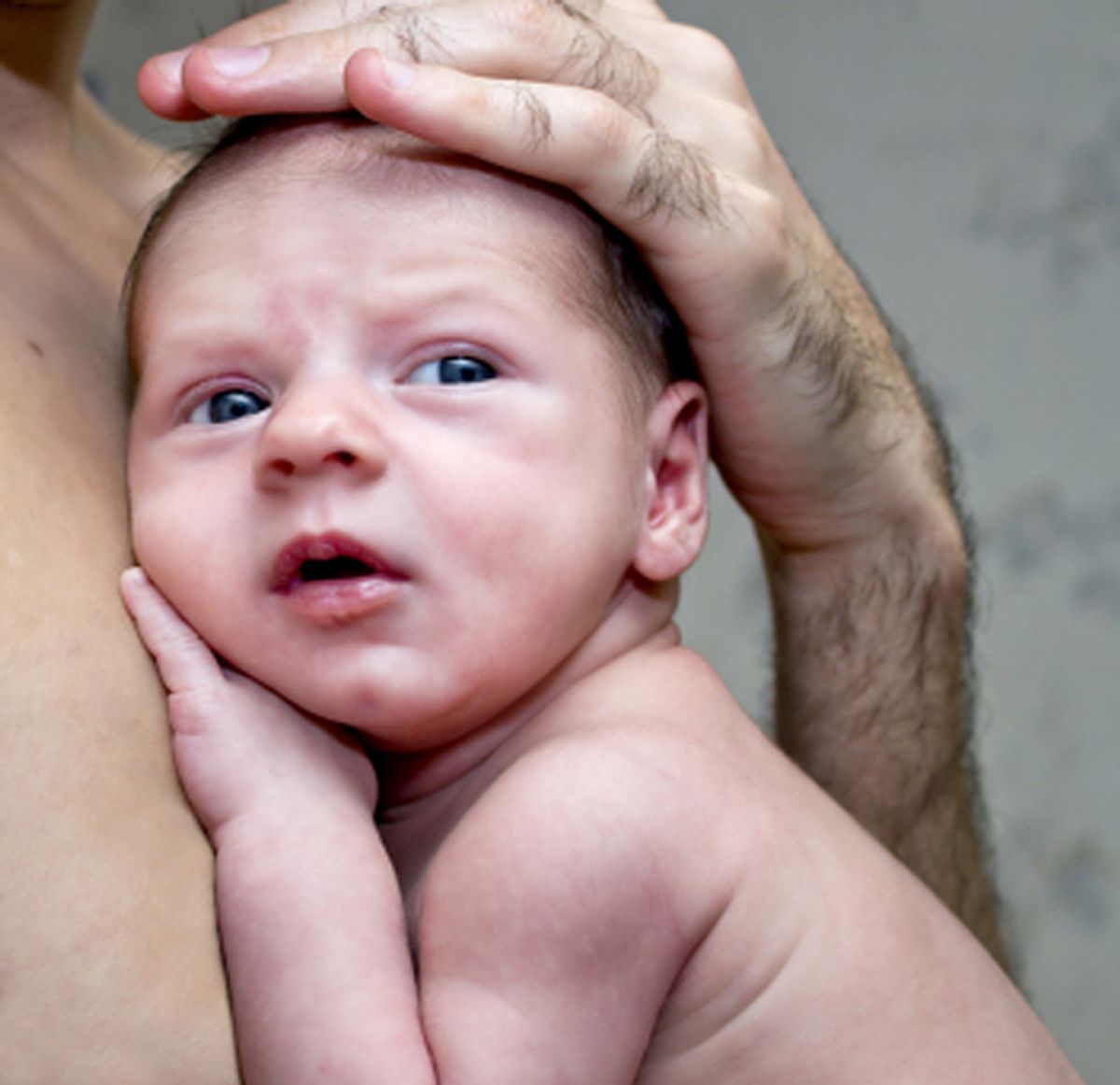 The circumcision debate gets heated even without introducing the question of whether it should be legal -- but activists in San Francisco are doing just that. Earlier this week, Bay Area "intactivists" submitted a ballot proposal that would ban the practice on boys under 18 and slap violators with a fine or jail time. The man behind the measure argues that circumcision is an "excruciatingly painful and permanently damaging surgery that's forced on men when they're at their weakest and most vulnerable." Beyond that divisive rhetoric, there's an important question -- one that I decided to bring to men: How do you feel about the decision your parents' made for you at birth?

That's the issue that's often pushed aside in arguments about the alleged benefits and downsides of circumcision. That's partly because there aren't any reliable, independent studies on men's feelings about their circumcisions -- so both sides are left to tussle over the scientific literature on how it impacts sexual sensitivity, function and disease prevention. (The American Academy of Pediatrics hasn't helped to resolve the debate with its exceedingly diplomatic position statement: "In circumstances in which there are potential benefits and risks, yet the procedure is not essential to the child's current well-being, parents should determine what is in the best interest of the child.") Asking men to open up about how they feel about their cut or uncut state doesn't provide quantitative data on circumcision -- and it may seem a mushy and, OK, very San Francisco approach -- but it does give us a lot to consider.

I put out an online call for men willing to be interviewed on the subject and, unsurprisingly, the responses were intense. After all, this wasn't a randomized sample; it was a self-selecting group. Guys that feel ambivalent about their foreskin or lack thereof didn't chime in; the men who did choose to contact me feel especially passionately about the issue. I got an email from 38-year-old James who started his email with, "I love my cut penis. I've had it my whole life, and never had any regrets or bad thoughts about it." On the other end of the spectrum was 20-something Evan who wrote: "I'm an uncircumcised man, and I consider myself a pretty lucky bastard!"

This is touchy territory: I read Evan's remark to a circumcised male friend in his early 30s and his chest suddenly puffed up: "I would make a bronze mold of my junk and hang it on the wall -- that's how much I fucking love my circumcised penis." Well, then. Another friend joked that uncut members look like "that creature from "Tremors." The locker room talk was dependable: Most circumcised men thought their junk was "cleaner" and looked better for having gone under the knife; while most uncircumcised guys said they felt lucky to have all those extra nerve endings. (A recent study found that circumcision doesn't reduce sensation, but other surveys have found the opposite, and no clear scientific consensus has been reached.)

There were the exceptions to this rule, though. I got an email from Tally, a 55-year-old "intactivist" who went through the arduous process of restoring his foreskin. In a blog post he wrote of the result: "Sex is pleasurable once again. My wife enjoys sex, again. And, so do I … Now that I know how much better having a foreskin feels, I hate being circumcised even more." But he tells me that he doesn't harbor any anger toward his parents for circumcising him. "Things were different back then and many parents either had no choice or deferred to authority," he said. "Times have changed and the blind cultural deference to authority is no more. Parents in the 90s and later have no excuse for cutting their children." Anti-circumcision activists like Tally argue that it's genital mutilation comparable to female circumcision where the clitoral hood is cut, which is outlawed in the U.S.

A handful of circumcised men expressed more measured regret over their parents' decision. "I've always been kind of bummed that my parents had me circumcised," Matt told me. "But there's not much I can do about it now, so I don't really think about it. If I ever have a son, I wouldn't do it to him." On a similar note, 66-year-old Dennis said: "I don't think that I thought about it much when I was young, but in retrospect, I would have preferred to be not cut." Larry, 36, told me: "There's no point being bitter or wondering about the marginal lost potential since it can't be undone. It's also impossible to compare it, so I don't know what I'm missing."

Then there was Barry, 46, who wasn't circumcised at birth but later had a doctor decide that he needed to have it done at age 6 for medical reasons. He still remembers waking up in the hospital with gauze around his penis and being in tremendous pain. "The most horrifying moment for me -- and the memory that's welded to my brain -- is being back home and pulling off my underwear only to find that the bandage had come loose and my penis was stuck to my underwear," he said. "To my 6-year-old brain, this was the most horrifying thing ever experienced. My penis looked nothing like what I knew it should look like ... In all ways I could perceive, I was irreversibly mangled." His experience as a circumcised adult hasn't been so traumatic: "I wouldn't say I'm unhappy with being circumcised. I'm not happy either. It's just the state of my body."

Imaad, 24, wrote with an unusual story. He elected to have his foreskin removed at age 21 -- after having only a partial circumcision as a baby -- out of self-consciousness when he got into his first serious relationship. "I was very anxious about, you know, doing anything with her because I felt a bit like a freak show. I told her why, and of course, she didn't care, but it still inspired me to go get the surgery done." The immediate aftermath was awful: "Man. I don't regret it now because I don't feel that pain, but shit. It bloody hurt. For a good month or so." But since healing, he hasn't noticed a change in sexual sensitivity; he also says he feels "cleaner" (although he adds, "I don't know if that's from social conditioning or what").

Most uncircumcised men who wrote me said that despite occasional teasing in the high school locker room and anxiety about how women would respond, they have come to appreciate their natural state. (Note that while 80 percent of American men are cut, the rate of circumcision on newborns has greatly declined to 32.5 percent in 2009.) John wrote me in an email, "I have never had a problem with [premature ejaculation] and numerous girlfriends have reported that I seem to have way more 'intense' orgasms than others they have ... known." He added, "With a foreskin, masturbation requires zero lube, because there is minimal friction. Think of the foreskin rolling back and forward like a digger's caterpillar track."

The truth is that the San Francisco anti-circumcision bill has a minuscule chance of passing constitutional muster, should it even make it onto the ballot and get voters' approval -- but the divisive ethical questions will no doubt remain. There is common ground here, though: This conversation hits on that basic sexual fear -- that we aren't normal, that other people might be having better, hotter, sexier sex. That fear isn't unique to cut or uncut men, or even to men in general. It's a reminder of just how fundamental our sexuality is to our personal identities.