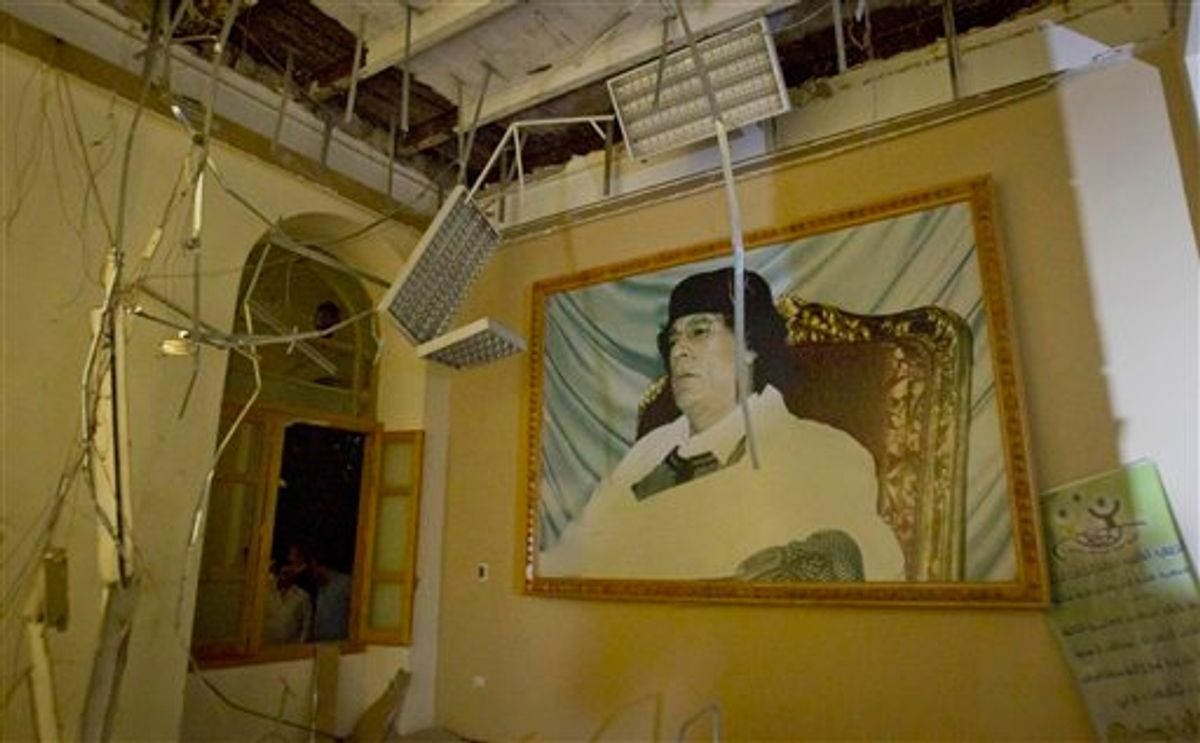 In this photo made on a government organized tour, a portrait of Moammar Gadhafi is seen inside damaged official building following an airstrike in Tripoli, Libya, early Saturday, April 30, 2011.(AP Photo/Darko Bandic) (AP)
--

NATO says it wants Moammar Gadhafi's forces to end their attacks on civilians before it considers the Libyan leader's cease-fire offer.

A NATO official said Saturday that the alliance wants to "to see not words but actions."

Gadhafi called for a cease-fire and negotiations with NATO powers in a live speech on state TV earlier Saturday, saying "the door to peace is open."

But the NATO official said Gadhafi's regime has announced cease-fires several times before and continued attacking cities and civilians.

The official, who could not be identified in line with standing regulations, said just hours before Gadhafi proposed the truce, his forces indiscriminately shelled the besieged port city of Misrata, Libya, killing several people.

"All this has to stop, and it has to stop now," the NATO official said, adding that a cease fire must be "credible and verifiable."