After the divorce, can my stepson still be my friend?

My ex and I once struggled to bring our families together. Then we hit the real challenge -- learning to live apart 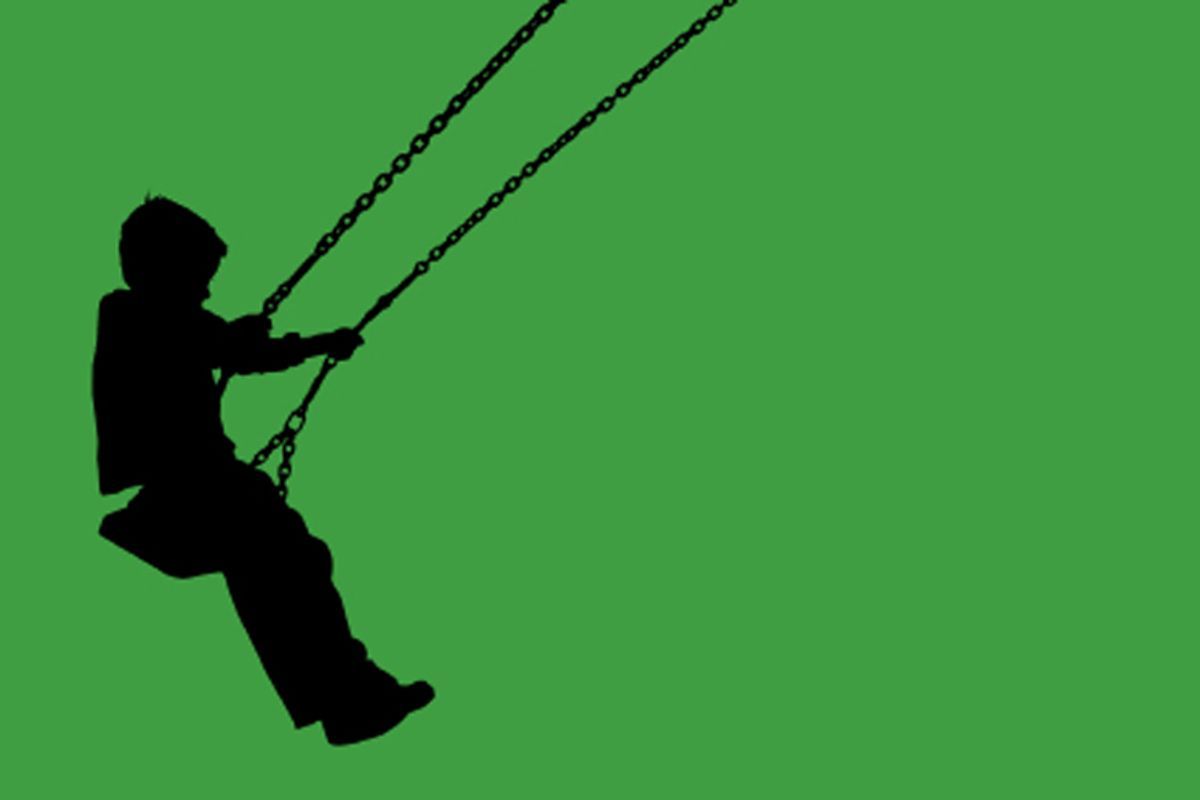 I met my future stepson on a hot summer day outside the playground at Brooklyn's Prospect Park. Aaron was 6 years old and soaking wet from the sprinklers, his Tasmanian Devil T-shirt plastered to his skinny back.

"Dad says I don't have to talk to you" were his first words.

I stifled the urge to run. Instead, I introduced him to my 2-year-old daughter, Lila, who stared up at him in awe.

Without breaking eye contact, he took her juice box, crushed it in his hand, and dropped it on the ground. Then he turned to his father. "Can we go?"

So much for meeting cute.

Tom and I moved in together three months later, but it took four years, five therapists and another baby to turn us into a family. I remember the turning points: the day 8-year-old Aaron knocked down a boy who had pushed Lila in the McDonald's play area. The first time I helped him study for a test and, later, saw the triumph in his eyes when he got an A. As the years passed, the bonds strengthened. Lila, whose father had abandoned her when she was 2, started calling her stepfather "Daddy." The older kids banded together to torment their little brother but defended him with fists and kickboards when he was bullied at the town pool. We survived learning disabilities, braces, bad grades and annoying questions about our different last names.

But as our family unit grew stronger, the marriage began to weaken. Maybe Tom and I gave so much to the children that we had nothing left for each other. When job loss, financial instability and health problems were added to the burden, it became too heavy to bear.

Nine years from the day I had met Aaron in the park, Tom and I sat down with all three kids and told them we were separating. They huddled together on the couch, more unified than we could have ever imagined they would become, and stared at each other.

Finally Aaron said, "Just because you screwed up, doesn't mean we can't stay together."

But of course it did. Aaron had been living at his mother's house in Brooklyn for half the week and spending the other half with us. Now he would be staying at his father's new apartment. Lila decided that she would be uncomfortable sleeping at Tom's house. The only one willing to go back and forth was 4-year-old Andre, who belonged equally to all of us.

So we faced another transition -- this time without a road map. Merging families confront enormous challenges, but their journey is fueled by optimism and hope. Tom and I were exhausted, guilty and angry. There were times when we could hardly stand to be in the same room.

Still we stumbled on. In retrospect, I think it was the kids' conviction that we were still a family that kept our divorce from degenerating into a war. Aaron and Lila had been forced together against their will, presented with new parents, a new brother and a new home. They'd shouldered those burdens and helped build the strongest bonds any of us had ever known. Tom and I honored the work they'd done and the risks we'd all taken, and agreed those efforts shouldn't go to waste.

So we swallowed our discomfort to sit together at ice skating competitions and school action nights. I hosted Passover, and all five of us went to a friend's house for Thanksgiving. That first year, we tried to schedule at least one family activity every weekend: canoeing, a movie, a trip to the dog park.

The result, ironically, was that Tom and I spent more quality time together with the kids than at any other point in our relationship. We spoke more respectfully to each other and backed each other's parenting decisions even if we secretly disagreed. We were, as one friend put it, "the happiest divorced couple I've ever seen." A year into our separation, I could honestly say that -- except for the lack of sex -- things between us were better than they'd ever been.

Looking back, it's no wonder that our youngest child refused to accept that the split was happening. In what I think of as Andre's year of magical thinking, he bent all his 5-year-old powers of persuasion toward convincing us to call it off. There were times when I thought he was going to succeed. But in the end, the legal wheels rolled forward, and the divorce went through.

Neither Tom nor I remarried, but in the years that followed, we each had intimate relationships with other people. We chose to conceal these from the kids, sometimes colluding to cover for each other. In the end, the other partners moved on with a fully justified sense of having been, as one ex said, "too low on the food chain."

The kids continued to grow. Andre started first grade. Lila hit puberty, and suddenly the air was filled with drama. Aaron graduated from high school, looking so handsome in his school's preferred black tie and dinner jacket that I cried all the way through the ceremony. He had been accepted to college in Pennsylvania and was looking forward to living away from home.

My relationship with Aaron grew more and more comfortable as the years passed. We spent weekend afternoons at testosterone-charged action films on the big-screen theater near my house, and evenings discussing the poetic stylings of Eminem and whether God paid attention to SAT scores. I put fewer expectations on him than on my other children, and he returned the favor by trusting me with information he didn't share with anyone else. I was the first family member to hear when Aaron started to date and discovered that the bumbling of the male teenage mind is sweet beyond words.

During Aaron's freshman year of college, his world tilted on its axis again when his mother was diagnosed with cancer. He took a leave of absence and returned to Brooklyn, where he got a job at a copy shop and ferried her to chemotherapy and doctor's appointments. As I watched from a discreet distance, the care and tenderness he showed during her illness made me as proud as any mother could be. And when, after his mother's death, he chose to stay with his dad, work full time, and attend college at night, I was amazed by his maturity.

"You never tried to replace my mom," he said. "You were just there when I needed you."

"That's the secret," I agreed.

Despite the books, blogs and therapists, I've come to believe that success as a stepparent is a waiting game. There isn't much you have to do. It's all about taking the blows -- the squeezed juice boxes, the stink eyes, the unfavorable comparisons to the real mom -- and coming back for more.