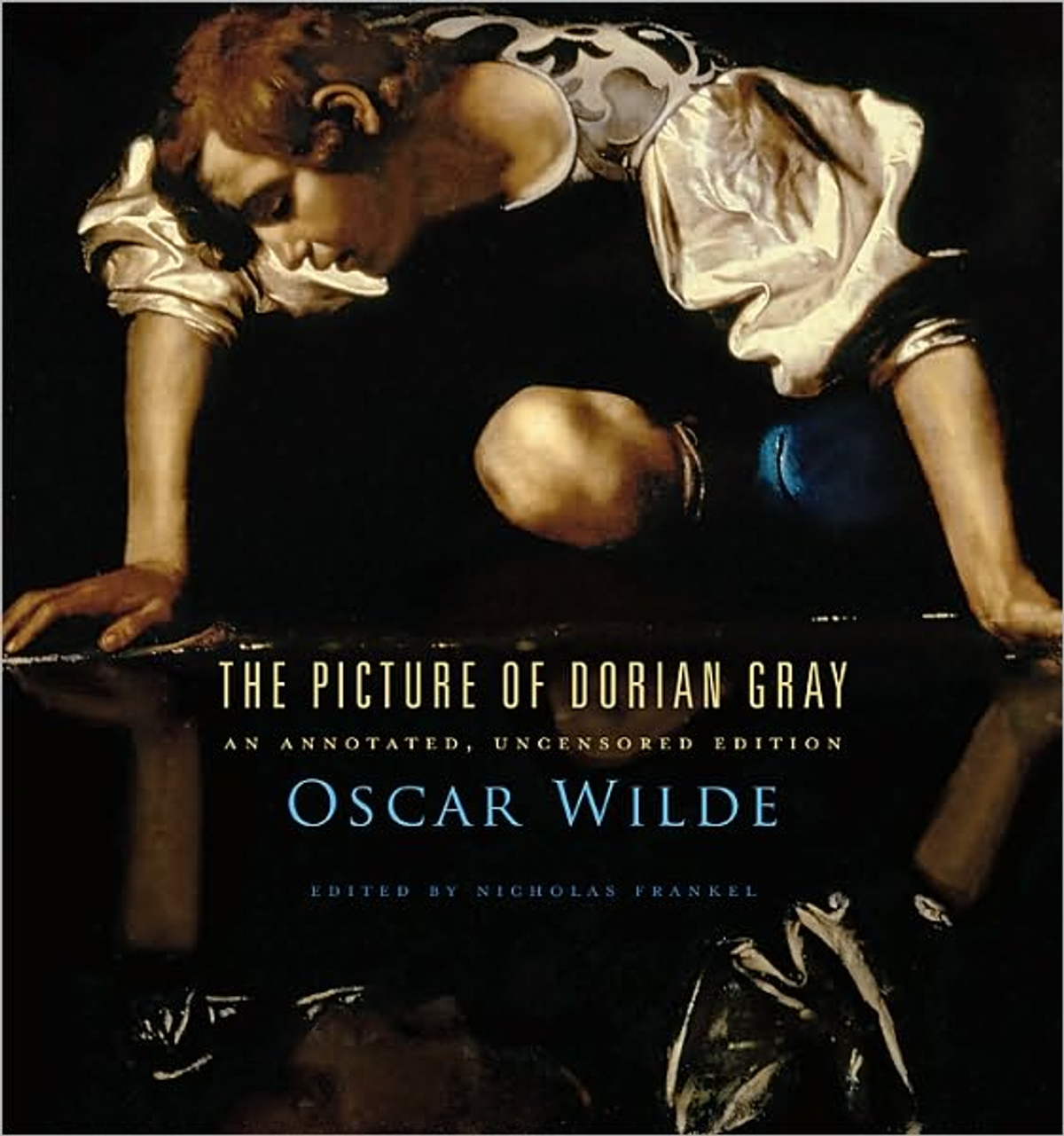 More than a century after its publication, Oscar Wilde's novella "The Picture of Dorian Gray" is recognized as one of the classics of English literature, a masterpiece of fin-de-siècle aestheticism and in many respects a harbinger of the modernist movement. Its current iconic status could not have been foreseen in 1890 when the story first appeared -- simultaneously in Britain and the United States -- in the pages of Lippincott's Magazine. This review from London's Daily Chronicle voiced the outrage of many:

Dulness and dirt are the chief features of Lippincott's this month: The element that is unclean, though undeniably amusing, is furnished by Mr. Oscar Wilde's story of "The Picture of Dorian Gray." It is a tale spawned from the leprous literature of the French decadents -- a poisonous book, the atmosphere of which is heavy with the mephitic odours of moral and spiritual putrefaction -- a gloating study of the mental and physical corruption of a fresh, fair and golden youth, which might be fascinating but for its effeminate frivolity, its studied insincerity, its theatrical cynicism, its tawdry mysticism, its flippant philosophizings.... Mr. Wilde says the book has "a moral." The "moral," so far as we can collect it, is that man's chief end is to develop his nature to the fullest by "always searching for new sensations," that when the soul gets sick the way to cure it is to deny the senses nothing.

"Unclean," "corruption," "leprous," "putrefaction," and "French decadents" were of course all coded terms for "homosexuality" -- a word that would not enter the English language until two years later, and a concept that could not be openly discussed in a respectable newspaper of the time, nor mentioned in polite company; when "Dorian Gray" was revised for publication in book form a good portion of the material deemed unclean and leprous had to be removed. In fact, there had already been substantial cuts made in the Lippincott's version by its editor, J.M. Stoddart, a process over which the author, in accordance with magazine protocol of the era, was given no control whatsoever. And Wilde and his subsequent editor would make further changes for the publication of "Dorian Gray" in book form a year later, in 1891.

Strangely, considering the cult status that "The Picture of Dorian Gray" would eventually attain, Wilde's original version has never been published until now, more than 120 years after the Lippincott edition. It has been made available by Harvard's Belknap Press in a richly annotated and illustrated volume edited by Nicholas Frankel. It is not often that a piece of serious scholarship is accorded such deluxe treatment, and in this case it is a cause for real celebration, for Frankel has provided a wealth of supplemental material and visual matter, as well as a "Textual Introduction" and a series of notes that explain references and cultural context, help the reader understand the editing processes, and point out the passages that were singled out for deletion, such as this speech that the portrait painter Basil Hallward addresses to Dorian:

"It is quite true I have worshipped you with far more romance of feeling than a man should ever give to a friend. Somehow I have never loved a woman.... From the moment I met you, your personality had the most extraordinary influence over me.... I adored you madly, extravagantly, absurdly. I was jealous of everyone to whom you spoke. I wanted to have you all to myself. I was only happy when I was with you."

(This was a little strong even for an era when "romantic friendships" between men were acceptable, and in fact even the hero's name, "Dorian" -- "Greek" -- was more than a bit suggestive.) Altogether, the revised 1891 manuscript that eventually appeared in book form encompassed a whole series of changes and omissions designed to alter and conventionalize the "moral," such as it is, by heightening the beautiful Dorian's monstrosity and thus rendering him a far less sympathetic character than he had appeared to be in the original typescript. Looking at the typescript, then, we find more comprehensible Wilde's oft-quoted statement on the book's autobiographical elements: "Basil Hallward is what I think I am: Lord Henry what the world thinks me: Dorian what I would like to be -- in other ages, perhaps."

Frankel has done much to place Wilde and his novel within the context of their time -- "a heated atmosphere of hysteria and paranoia" about sexual "deviation." The 1885 Criminal Law Amendment Act was extended by Henry Labouchère, a radical member of Parliament, to include the criminalization of acts of "gross indecency" between men. (The Labouchère amendment was not repealed until 1956.) The vagueness of the amendment's language -- just what acts did "gross indecency" encompass, anyway? -- caused fear amounting to paranoia among the homosexual community; as Frankel writes, "The conditions had been created for a series of homosexual scandals that would rock London and increase the level of homophobia in British society."

The so-called Cleveland Street Affair, which broke only months before "Dorian Gray's" first appearance, was the most spectacular of these, involving the infiltration and arrest of a ring of "rent boys" who worked by day as telegraph messengers and by night as prostitutes out of a brothel in Cleveland Street. A number of aristocrats and prominent military men were implicated; Lord Arthur Somerset, the Prince of Wales' equerry, fled the country; a shadow was even cast on the name of the prince's elder son, though that suspicion was subsequently proved groundless. "In the wake of the Cleveland Street Scandal," Frankel explains, "Wilde's emphasis on Dorian Gray's youthfulness, or susceptibility to the 'corruption' of an older aristocratic man (Lord Henry), is one of the features of the novel that most outraged reviewers."

Nowadays, the knowledge of Wilde's poignant subsequent history casts a shadow over "Dorian Gray." Married since 1884 to a beauty, Constance Lloyd, Wilde had been secretly leading a homosexual life at least since 1886 and probably much longer. ("The one charm of marriage," Lord Henry quips in "Dorian Gray," "is that it makes a life of deception necessary for both parties.") In 1889 Wilde began courting a beautiful young poet named John Gray, the probable model for Dorian. (At least Gray himself believed this to be so, and the name would seem to be a clincher.) After the novel was published, Wilde began his disastrous affair with Lord Alfred Douglas. His feud with his lover's violent father, the marquess of Queensberry, resulted in one of the most famous lawsuits in history, Wilde's eventual arrest on charges of sodomy, and his sentencing to two years' hard labor. The most celebrated playwright and wit in England had become its most despised pariah. He never saw his two sons again; Constance changed their name, and hers, to "Holland," and taught the boys "to forget that we had ever borne the name of Wilde and never to mention it to anyone." After his release from prison, Wilde went into exile in France, where he assumed the name "Sebastian Melmoth" and died, in penury, in 1900. "I will never outlive the century," he had predicted. "The English people would not stand for it."

Whether the original text is actually "better" than the book version published in 1891 is a moot point. Some of Wilde's original material may have been lost in the latter (even the word "mistress" was deemed unsuitable for publication at that time, and the novel's heterosexual material was censored as ruthlessly as its homosexual innuendos). But much was gained, too, in the expanded version that Wilde prepared in 1891, with the brilliant Lord Henry being given some wonderful new material. This annotated version, though a treasure for scholars and for anyone with a serious interest in Wilde, the 1890s, and aestheticism, should serve as a supplement to the standard text rather than a replacement.